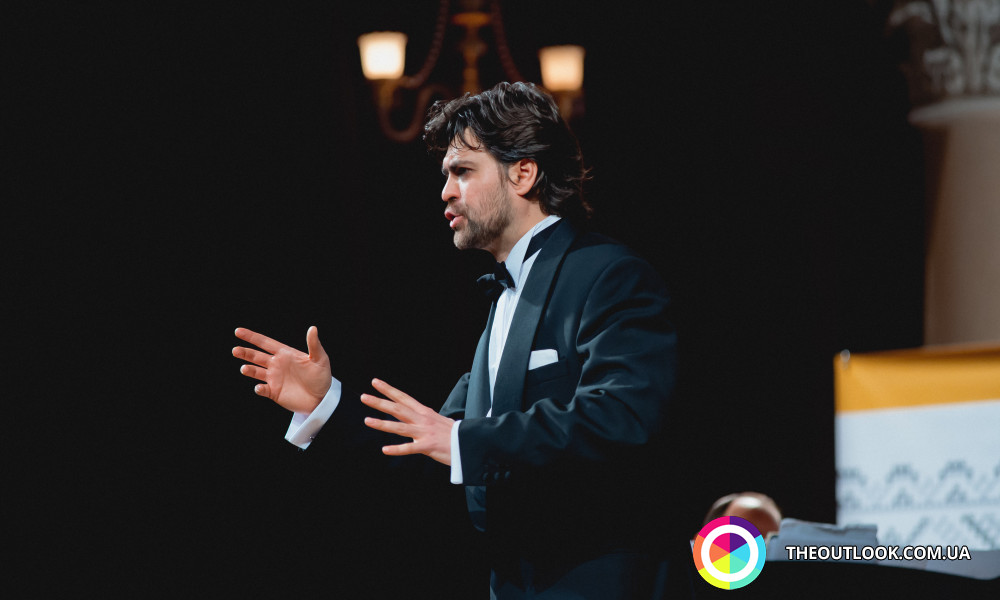 The National Philharmonic of Ukraine with the support of the German Embassy hosted a concert of opera and chamber singer Viktor Rud. The event was held within the framework of the "Week of Germany in Ukraine" from 10 to 26 November in 14 cities of our country.

Opening the event, Ambassador Extraordinary and Plenipotentiary of Germany to Ukraine Ernst Reichel, congratulated all guests and wished a good and inspiring evening. "Being the son of this city, Viktor Rud moved to Germany and began to glorify Ukraine and music in our homeland. He became a true symbol of cooperation and partnership between our countries; in addition, he is also a great musician. Today you will go on a real German-Ukrainian journey, "the diplomat said.

He also stressed that this year "Weeks of Germany" are held under a special sign - the 25th anniversary of the establishment of diplomatic relations between our two countries, and in addition to this, the Ukraine-German Year of Languages. "Numerous events taking place within these two grandiose projects are a kind of proof of how close and multifaceted are the relations between Germany and Ukraine," said Ernst Reichel.

As a member of the Staatsoper Berlin International Opera Studio, he played a leading role in "Viva la Mamma!" by Domenico Donizetti. Now he works as a leading soloist of the Hamburg State Opera. In this theatre, Rud performs a wide variety of roles, including Figaro (Il barbiere di Siviglia), Conte Almaviva (Le nozze di Figaro), Papageno (Die Zauberflöte), Guglielmo (Così fan tutte) and many others.