Youtube
Статьи  >  Enjoy  >  All the big things start with the small ones: Art-projects of enthusiasts

All the big things start with the small ones: Art-projects of enthusiasts 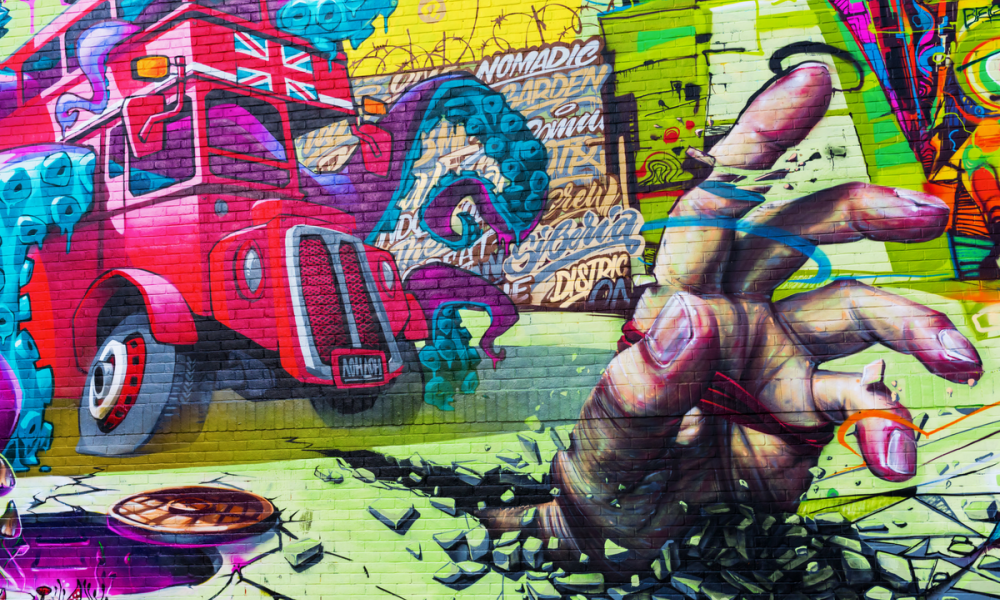 Many places, famous around the globe today, were created by a bunch of enthusiasts without money or outside help. These people lived for their ideas and were doing everything to turn them into reality. Official date of street art appearance is believed to be year 1942, fervor of World War II.

Official date of street art appearance is believed to be year 1942, fervor of World War II. Then a creative worker named Kilroy from Detroit factory started writing a phrase “Kilroy was here” on every box with armament that was sent to the allies. Soldiers began to reproduce the phrase on the walls of buildings that survived bombings, using their own last names. Painters Cornbread, Cool Erl and Top Cat from Philadelphia are believed to be creators of graffiti as a separate area of pictural art. From there new phenomenon spread around the United States. New York became the capital of graffiti – one can find whole streets painted in such a style there.Photo untappedcities.com

Informed people call “5Pointz” in the district of Long Island on the cross of Jackson Avenue and Davis Street the temple of street art. Street painters from the States, Canada, Switzerland, the Netherlands, Japan, Brazil and other countries of the world turned buildings of the abandoned factory into a museum. “5Pointz” became the traditional place of gathering for graffiti painters, movie directors, photographers and numerous musicians playing hip-hop and R&B. Every day another extravagant performance is expecting the visitors, and, you mind it, absolutely for free. The project draws its support from donations and sponsor help.

After the fall of the Berlin Wall many houses in the eastern part of the city emptied out – their inhabitants rushed westward. Then a variegated movement of youngsters from all over the world decided to make some use of the abandoned houses. After the self-acquisition, painters and musicians renovated newly-acquired dwellings and arranged them after their own manner. Thus Easter Berlin squats became sort of a bulwark of alternative art.Photo matadornetwork.com

Kreuzberg is probably the most picturesque districts in this respect. Palette of nationalities, representatives of which settled here, is rather wide and everyone brought to the general picture a speck of own culture. Aura of underground and dissent reigns around. Local citizens are constantly protesting against something. On a broad meadow overlooking river Spree beneath huge graffiti “East and West” and “Golden chains of capitalism” a small group of people can be found protesting against rise in price year around. Painters, photographers and musicians fighting for so-called independent art free from walls, capitalistic exhibition halls and censorship, can be found here. To show their protest, they paint walls and windows, making a never-ending open performance thus amusing themselves and the visitors.

In the circles of environmental activists there is a saying: “One man’s trash is another man’s treasure”. Painters who work in the style of trash art take it pretty literally. They create off-beat pictures, sculptures, furniture and even whole fun fairs out of a pile of household rubbish. Photo sillyamerica.com

Probably one of the most ambitious art objects ever formed from garbage is a creation of Dr. Evermore in Wisconsin. Huge sculptures made of scrap metal were constructed by a 70-year old American Tom Every. He had been collecting elements of old cars and electronic devices his whole life in order to craft together his vision of Apollo expedition out of it. Every had been dreaming about something of the kind since childhood but he only started construction when he retired in 1983.

In Foreverton – this is how this garden of urban sculptures was nicknamed by the visitors – an exhibit of 70 figures of fantastic birds can be seen. Some of them have an in-built music box to amuse public with equally whimsical tunes.