Youtube
Статьи  >  Write  >  Azerbaijan inside out: Small and big matchmaking

Azerbaijan inside out: Small and big matchmaking 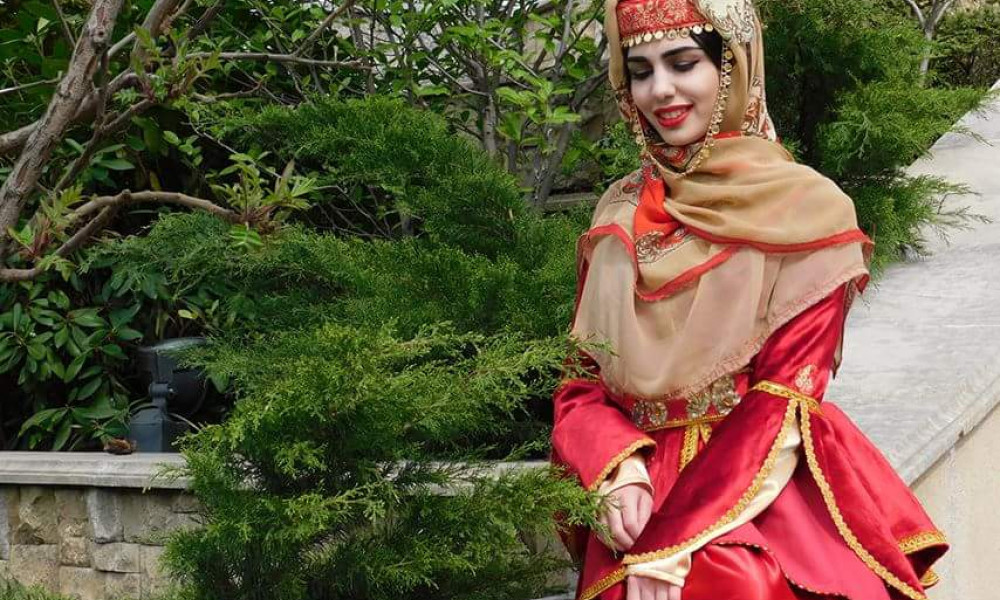 A Ukrainian woman with Azerbaijani blood Sabina Safarova respects her family roots and, being a member of the Union of Azerbaijani Youth in Ukraine, popularizes the culture of her country. Today, the story of a girl about one of the most interesting traditions of Azerbaijan - matchmaking, we are launching her author's blog, which will be filled with cognitive facts and subtleties of manners.

If you ever showed any interest in any Eastern culture, you probably had a question, how do young people create families in the modern world in the East? A lot of people still believe that marriages are not built on love and often the choice of a companion stems from the strict instructions of the parents.Despite the rapid development of all spheres of life, in Azerbaijan, the preservation of centuries-old traditions to this day does not fade into the background. Each stage of a person’s life is built on certain foundations and orders but the choice of spouses is still accompanied by freedom. The exception may be the village. Of course, even in the cities, things are not so European-style and living together before the wedding in a society is considered shameful. You can love but everything must be done according to tradition. Without the blessing of parents, marriage cannot be created; moreover before becoming officially husband and wife, young people have to go about ten stages of various rites without fail.

The first step on the way to the wedding is matchmaking which takes place in two stages. First, two or three women are delegated to the girl’s house (often the bride’s mother and two close relatives) whose purpose is to investigate the situation, hint about intentions and, of course, to praise the bride as much as possible before the girl’s family (delegates usually know about the bride by this time every kind of information). Kiçik elçilik (small matchmaking) is a kind of marriage proposal, only in contrast to European culture, it occurs with the participation of the older generation. After women come to an agreement, male diplomacy comes into play. The girl’s father did not immediately approve the groom’s side. It is he who asks the opinion of his daughter and in silence she expresses a positive response or vice versa. In the old days, matchmakers had to come to the girl’s house several times. There are sayings in the people about this: “Qız qapısı – şah qapısı, yüzü gələr-biri aparar” (“The door of the girl — the door of the Shah; many will knock — one will be opened”), “Qız ağacı – qoz ağacı, hər gələn bir daş atar”(“A girl’s tree is a walnut tree, anyone can throw a stone”); “Qız yükü – duz yükü” (“Maiden's Luggage - Salt's Luggage”).Photo worknet-3.ru

If everything goes according to the plan, then everything goes to the next stage - böyük elçilik (big matchmaking) in which men can participate (heads of two families and their close relatives). A day is appointed in advance, women set the table with treats. By the end of the evening, after a conversation on neutral topics, the groom's side smoothly goes to the essence and states his intentions: "With the name of Allah and his envoy Mohammad (Peace be upon him), we ask your daughter's hand for our son. "When the agreement is reached, tea with pressed sugar is served on the table, the bride's father personally lowers the sugar pieces into the guests' glasses, saying the phrase: “Ağzınızı şirin edin” (“Delight your mouth»), «May Allah bless the young». Those sitting at the table say, “Amen.” If the girl’s father intends to refuse the groom’s side, as a sign he simply treats guests with tea without a “sweet gesture”. In the case of a positive response, everyone starts to congratulate the young. Matchmakers ask the father to allow his daughter to go out to the guests and treat them with tea. This rite is called “həri”, which means “yes”.Photo cetinbayramoglubaku.wordpress.com

Cover photo belongs to the author