Mould your hobby. History of pottery 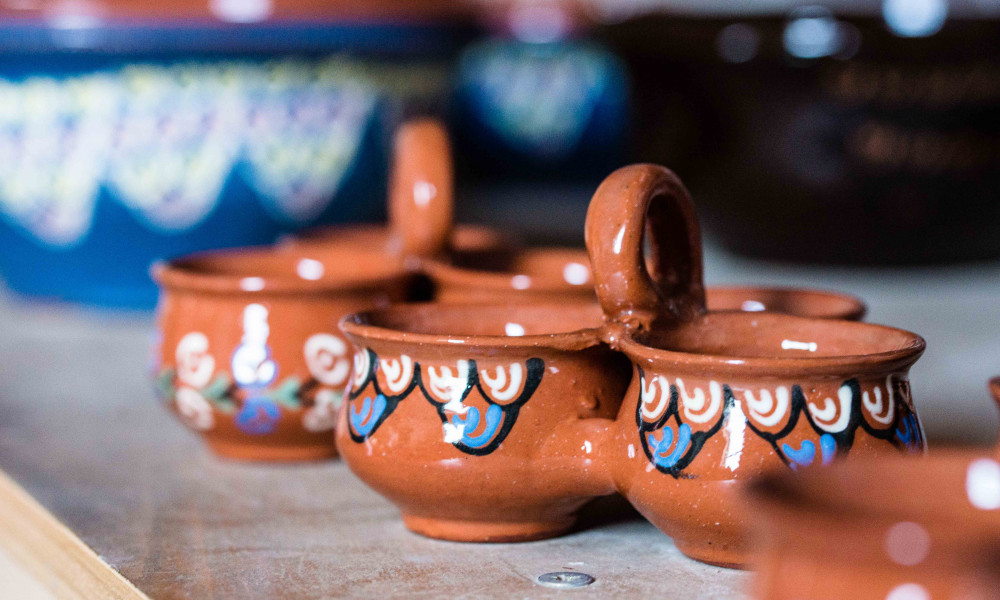 In a local history museum in every country you visit, you will certainly notice similar archaeological finds - fragments of clay products. Pottery, born millennia ago, but “living” even today, can rightfully be considered one of the most tenacious one. The uniqueness of clay was noticed by our distant ancestors who lived in caves ...

...dressed in skins and made fire with stones. The shapeless vessels for storing water and food, of course, did not resemble neat proportional containers, and they didn’t give the proper firing, but the ancient people began to ascribe all sorts of magical properties to it, enthusiastic about how the mixture in their hands turned into something significant. As a result, later mythology and even the sacred writings of some nations were replenished with legends about the creation of the first person from this material. For example, Sumerian legends say that a certain god Enki, who had previously killed his “colleague” Kingu, gave life to our prototype. Having mixed the blood of the victim with clay, he received a miracle mixture, from which the man was fashioned.

No of ancient Chinese myths, fortunately, contain any crime: the goddess Nügua - the creator of everything on earth - also decided to use clay for the “manufacture” of people, but without “additives”. In addition, individuals who later became representatives of noble families (rulers, rich people) were sculptured by her own hand, thinking through every detail. But the “production" of the lower strata of society was not so serious: the rope was dipped into the mixture, and the adhering lumps simply splashed on the ground ... 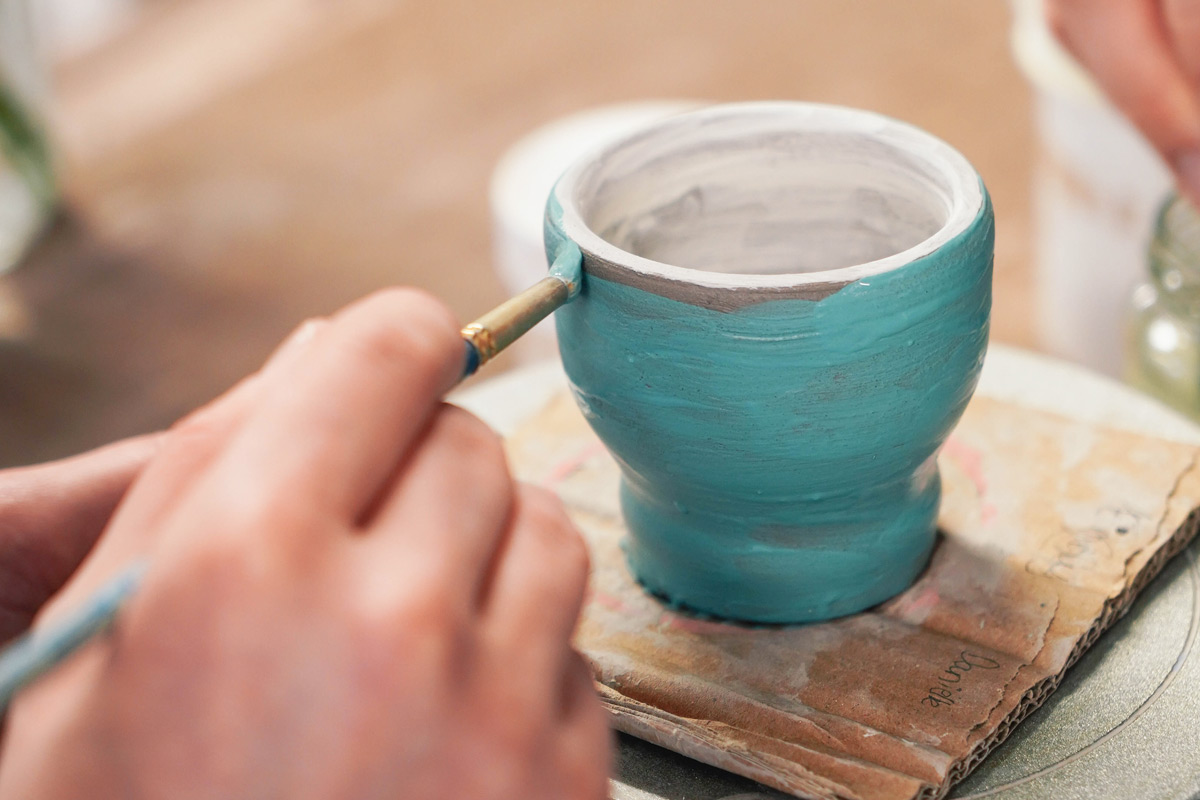 By the way, there is a good reason why the rope is mentioned in the myth. In order to somehow improve the shape of the products, the ancient masters used it. However, this did not give great results, and the turning point came only when a special potter's wheel appeared in the working arsenal of craftsmen. To this day, researchers have not been able to accurately determine the date of birth and the country of manufacture of the device, which opened a new stage in the history of this case, but the first mention of the device can be found in the Old Testament. The invention greatly simplified the process of manufacturing clay products, and its distribution around the world gave them a certain flavor. So, the history of "nationwide" pottery in each country began to acquire its own characteristics. For example, in China, the high level of development of this craft is evidenced by the porcelain and ceramics invented there. In ancient Greece, almost every wall fresco depicts the work of masters on different clay vessels. Greek vases, often decorated with black glaze, were considered an indispensable attribute of luxury.

In workshops in the Slavic lands, they preferred the natural color of the material, complementing the fashioned jugs, maketras and other products with extruded geometric or floral ornaments. The widest variety of the latter is presented in the thematic museum, which is located in the Ukrainian town Opishnya, Poltava region. 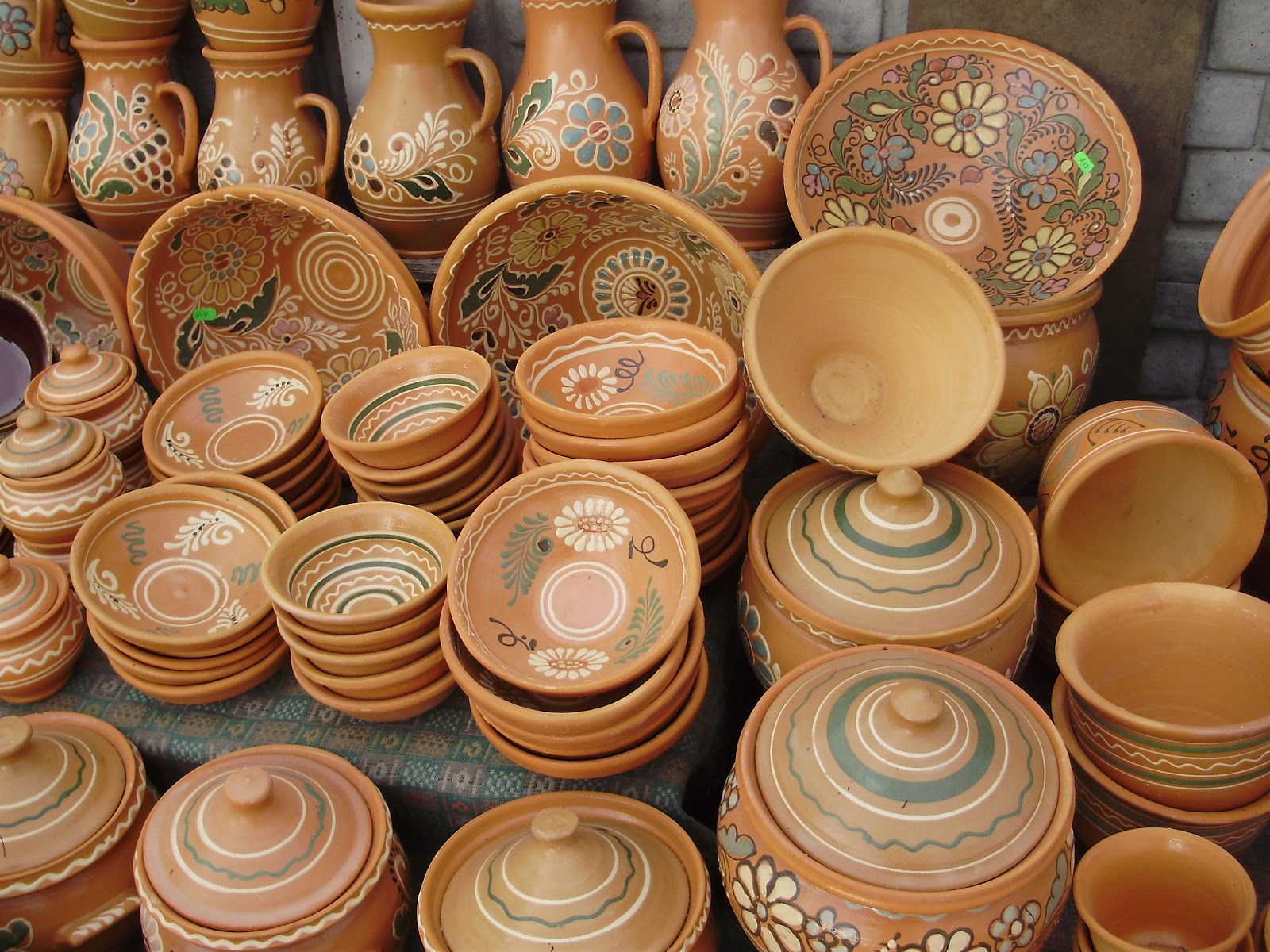 But it’s too early to exhibit collections on African territory, because the inhabitants of some of its tropical regions still make products by applying clay to ready-made dishes. It’s not a man’s job to sculpt pots, according to the residents of Benin, Zimbabwe, Malawi and neighboring states, entrusting this work exclusively to women. A home-made counter with souvenirs, more reminiscent of archaeological finds than modern crafts, is available in almost every village.

The craft of a thousand years ago is remembered now. True, clay products are increasingly used not only as kitchen attributes, but as an element of decor or souvenir products. They also say that working with this natural material helps to get rid of negative energy and perfectly relieves nervous tension. So, creating beautiful crafts, you can simultaneously stabilize the mental state. Who knows, perhaps this was also the method used by British potter Mark Baileys, who set a Guinness record by manually molding 150 pots in an hour.