GDIP celebrates its 27th anniversary and the Diplomats offer congratulations! 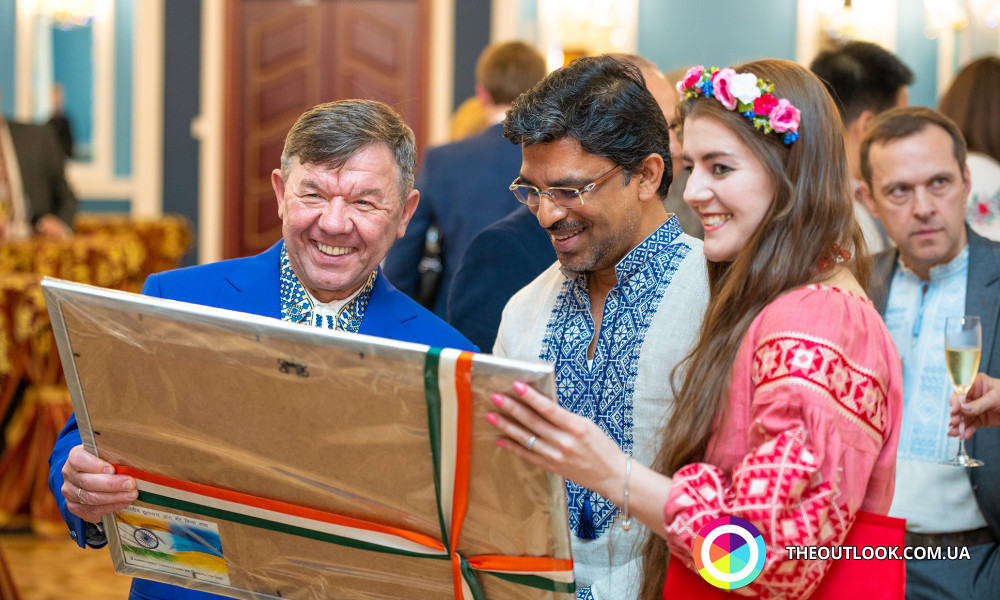 On May 16, 2019, Embroidery Day and the 27th anniversary of the founding of the State Enterprise “Directorate-General for Rendering Services to Diplomatic Missions” were celebrated at the Kyiv National Academic Operetta Theatre.

Colorful national outfits were the dress code at the celebration. A variety of embroidery, dresses with Ukrainian ornaments created a solemn and at the same time cozy celebration atmosphere.

For 27 years, the State Enterprise “GDIP” ensures the functioning of foreign diplomatic missions accredited in Ukraine. Four Directorates of the enterprise - "Avtotsentr", "Inpredkadry", "DipServis" and "Rembudekspluatatsiia" - provide various services and create comfortable conditions for representatives of diplomatic missions and their families.

The solemn event began with the congratulatory words of the Director General and Artistic Director of the Kyiv National Academic Operetta Theatre, People’s Artist of Ukraine, Chairman of the National Union of Theater Workers of Ukraine Bogdan Strutinsky and General Director of the State Enterprise GDIP, Pavel Krivonos, the Extraordinary and Plenipotentiary Envoy of the II class.

“Let me express my sincere thanks to all those who participated in the celebration of the Embroidery Day and the anniversary of the founding of the General Directorate for servicing foreign missions. Each participant of our event will receive a new issue of "Diplomacy without Borders", a movie about the visit of diplomats to Ostroh and the National University of Ostroh Academy and the replenishment of its library - a unique edition of "Etiquette is easy!" written by His Excellency's wife, author Irina Filippova. I would like to thank her for the trust. We are sincerely convinced that the book will appeal to anyone who is interested in the issues of the diplomatic world. I would like to express great gratitude to all foreign diplomatic missions, our reliable partners for their cooperation, mutual striving for the realization of goals and many years of trust” Mr. Krivonos said.

GDIP diplomatic representatives, partners and friends keept communicating over a glass of champagne and had the opportunity to explore the Kyiv National Academic Operetta Theatre during an exciting excursion. It is known that the building of the theater has a long history: the first stationary Ukrainian theater was founded by the Ukrainian director, actor and public figure M. Sadovskyi in the building of the People’s Troitskyi House (built in 1907). Leading figures contributed to the formation of the theater, the development of its academic school and were known throughout the world. They are M.Zankovetska, M.Kropyvnytskyi, P.Saksaganskyi, V.Sadovskyi and many other outstanding artists. The premiere of the play “Natalka Poltavka” by the Ukrainian composer N.Lysenko took place in the Kyiv Operetta. It which became an outstanding event not only for the theater world, but also for the development of the Ukrainian national consciousness.

After the excursion, the guests had the opportunity, thanks to Irina Matyash, chair of the Scientific Society for the History of Diplomacy and International Relations, to familiarize with the exhibition of archival documents for the centenary of Ukraine’s diplomatic relations with Germany and Turkey, as well as to listen to the presentation by American Professor Oleg Volovina on the publication of "Ukrainians' Atlas" in the United States. The performance “Welcome to Ukraine, or the journey to love” was the perfect end to the celebration of an important event for GDIP.