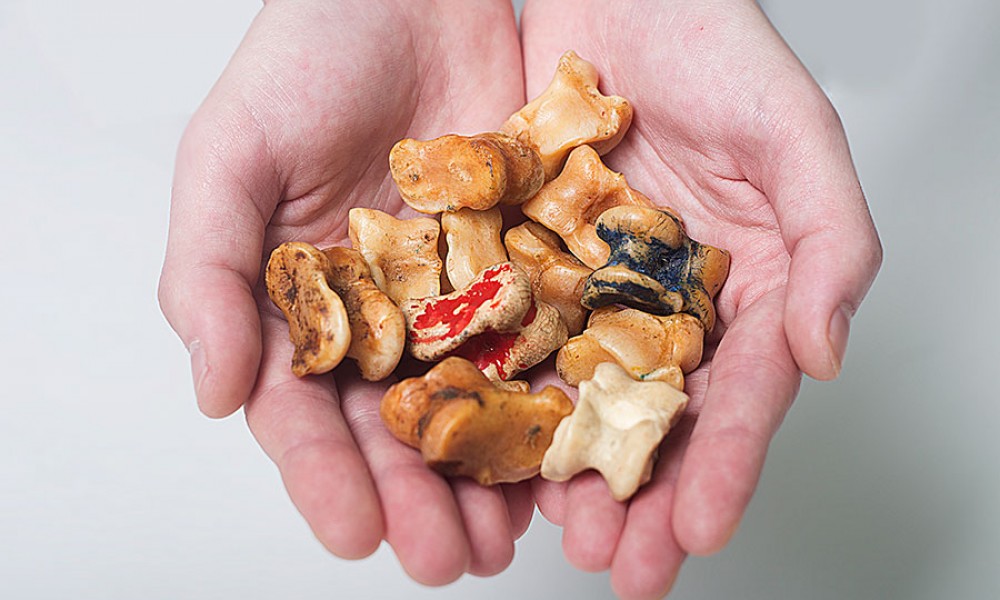 Shagai, chükö, asyk, ashyk, oshuq... This game has many names and one great love for it unities a lot of generation in Central Asia. According to old legends, Nasreddin Hodja loved to play it. Sultans and merchants, ordinary people and children played it. For the youngest, it was a popular entertainment until the end of the last century, while new technologies did not supplant yard games.

This game is largely known to Europeans as the dice game. Actually, players obtaining the dices are its main condition. And some more precision and good luck is needed. The middle and older people now remember with nostalgia those times when they played chuko bones. Elderly people liked playing it while drinking tea and coffee in old coffee shops. People were playing it also for the game sake. Everyone who became a part of the game should bring their own bones. As a rule, they were made from mutton legs. Depending on the state of the stones, they were divided by their significance: "slatterns" - old and shabby; "simple" - the majority; "siromyaski" - the one where pieces of meat were; "trumps" - painted colored varnish, green or manganese.

The lead was drilled and poured into the last one so that during the game those fall on the right side. However, it was equated as fraud. The bigest one was considered the most important one. The bones differed due to the surface. One side of the Chuko Bone was with a pit, the other was convex, the third was plane, and the fourth was with a horn. The player received points depending on which side the Chuko Bone fell. The game, as a rule, was observed by "Chuko Bones authorities" who were the referee in the event of a conflict between players. When they played for money, coins were put under the pits. The rules depend on the region where the game is played but its main essence is to knock out as many Chuko Bones as possible from a circle or a row. According to other rules, players "shoot" with the main bone, knocking out a certain circle of Chuko Bones while trying not to touch the others. For a successful "shot" the player takes the bone off his own, otherwise the game enters the next participant. The one with more trophies wins. In front of the youngest players, the stones are simply poured out a bunch and they are taken to pluck them under you, and then count, thus learning mathematics. The fun was strongly encouraged. It is believed that it develops an observer and precision. The bones were known to the ancient Egyptians. At first they were used in mystical rituals. With their help, shamans and priests foresaw the future of both individual soldiers and entire nations. The clairvoyants used them in Babylon, Northern Europe, Greece, Persia. Depending on the direction on which the bones fell, mystics interpreted the meaning. Subsequently, the pipes became gambling.

Now Chuko Bons are rarely played. However, in some countries in Central Asia they have become a part of musical string instruments. Even monuments for the Chuko Bones were put in some countries. The authority decided to revive the game and make it commercially in Kyrgyzstan. Typical bags embroidered with national ornaments with a set of ashichki and video tutorials on how to play in the once so popular in the East game now appeared in the souvenir shops of the country.