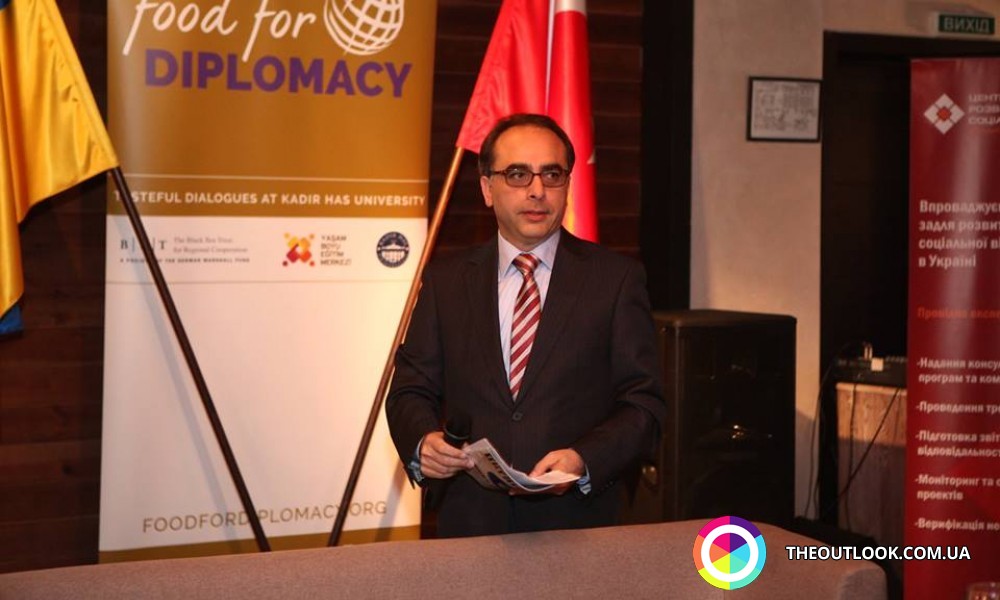 Extraordinary and Plenipotentiary Ambassador of Turkey to Ukraine Yönet Can Tezel attended a Turkish dinner as a part of the project "Food for Diplomacy". This project is organized under the auspices of the "Development of Corporate Social Responsibility" Centre, Kadyr Has University, CSR Turkey and the Turkish Embassy in Ukraine.

The project "Food for Diplomacy" aims to facilitate the social, cultural and economic relations between Ukraine and Turkey. Through the culinary culture, the organizers seek to enhance inter-cultural communication. The same Ukrainian dinner in Istanbul took place in January 2015.

On this particular evening, especially for the Ukrainian audience the Turkish chef cooked a gala dinner, shared secrets and recipes with guests.

A keynote speaker of the event was the Ambassador Extraordinary and Plenipotentiary of Turkey to Ukraine H.E. Yönet Can Tezel, also the dinner was attended by public figures, representatives of government agencies, businessmen, scientists and the mass media representatives.

You are welcome to check up our gallery for the dinner highlights.