Youtube
Статьи  >  Write  >  Don’t get lost: The most interesting markets of Istanbul

Don’t get lost: The most interesting markets of Istanbul 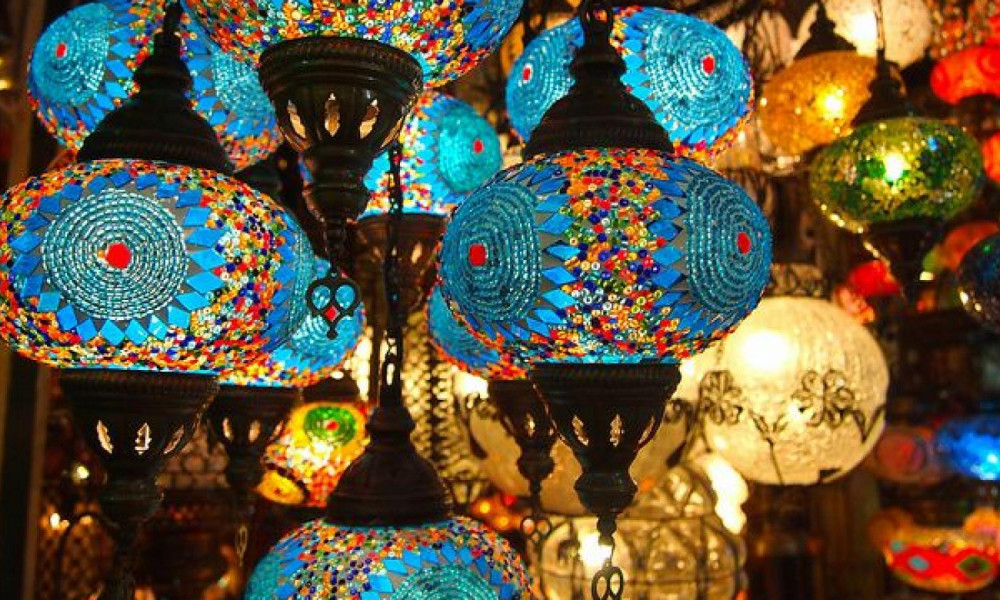 Eastern cities are hard to imagine without a huge number of the commercial places. It is in the genes of the local citizens to sell and buy regardless their age and status. Despite the fact that Istanbul is semi-European city, the metropolis has prominent oriental features. So as to know exactly where to go and what to buy, OUTLOOK talks about the most spectacular markets after returning from Istanbul.

Istanbul citizens got used to the 21-st century with its malls, giant shopping centers, product supermarkets and Internet shops. In the big and modern metropolis which is not worse than American or Western European ones, the modern goods-and-money relationships (also in digital) are accepted. However, love to the market (in total they are nearly 200), these old and alive places where one could not only sell and buy but also talk about anything and everything, perhaps, will be in Turkey in all times regardless of international changes. The majority of Photo inthetravellab.com

Talking about the market of the planet, one could use only numbers. Particularly, Grand Bazaar or Kapalicarsi in Turkish language is66 covered trading streets with more than four thousand numerous shops. For instance, there are twelve mosques, eighteen fountains, several hundred ateliers, cafes, tea houses. It is unbelievable but there is even bath-house where salesmen go after the exhausting working day. Also, there is a school where children study. By hearsay, there is even a small cemetery where the ancestors are buried. The big market is a city in the city with its routine, rhythm, and rules. One is able to buy everything that is possible to imagine, from jewelry to the big animals. Let us say that prices for all the positions are overstated at least twice that’s why one should make terms compulsorily. Grand Bazaar opened its gates for the visitors in the middle of the XV century, almost immediately after occupation of Photo journal.isca.org.sg

Misir Carsi or Egyptian market is the neighbor of Grand Bazaar. They almost flow to each other. However, Photo cctinvestments.com

The favorite place of Turkish clerisy is situated in the small avenue near mosque Bayezid. This is the unique book market famous in Photo trover.com

Certainly, the best product market in the city spread not far away from the same-name bay in Asian part of the city. Many local citizens call Kadikoy market ‘fishy’ that’s why there are a lot of fresh sea products, from the supplies from the fishermongers do not stop for one day that’s why in any seasons the sea smells and further travels. Spreading strictly on alive and narrow streets of the regions, the current market is the true paradise for the gourmands because there is not only magnificent fish, octopus, mussels, and lobsters as well as other products, such as vegetables, fruits, cheese, meat, nuts which were taken by the farmers from the suburbs of Photo matadornetwork.comPhoto st-christophers.co.uk

Noisy and fussy region Oq-Saroy is considered as not so benevolent in European part of the city because of the blossoming prostitution, slums buildings and immigrant ghetto. However, it does not let current swap meet be such colorful and attractive. Even more, Oq-Saroy and market Horhor situated not far away from the same-name street one should visit non glamorous Photo istanbulclues.com

Besides Grand Bazaar and Mosques: Museum Face of Istanbul
A museum tour on a trip is most often associated with groups of people, dull exhibits, and a feeling of missing out on significant “outdoor” landmarks. Sure, that is not true, especially when you are in such a unique city in every aspect as Istanbul, where museums strike with their concepts just as well.