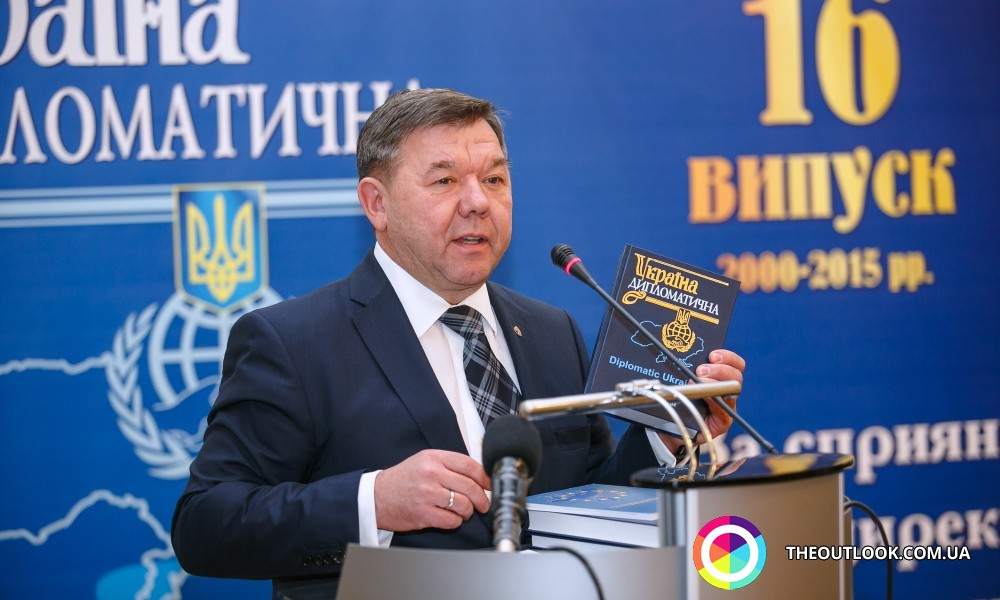 In the capital of Ukraine presentation of a new addition of annual publication Diplomatic Ukraine took place. The book has been published since 2000 and this year its sixteenth part saw the world in edition of thousand copies. Founder and initiator of the publication is Diplomatic Academy of Ukraine Ministry of foreign Affais.

The event was attended by Ambassadors Extraordinary and Plenipotentiary of Belarus, Georgia, Romania, Korea, India, Syria, Tajikistan and Uzbekistan as well as by other diplomats and public figures.

In his opening speech Director of the Directorate General for Rendering Services to Diplomatic Missions Pavlo Kryvonos saluted all the guests who visited the event. Mr. Kryvonos also thanked editorial staff who prepared the publication; he emphasized significance of such publications that allow closer acquaintance with diplomatic life in Ukraine.