What do they eat: Peru 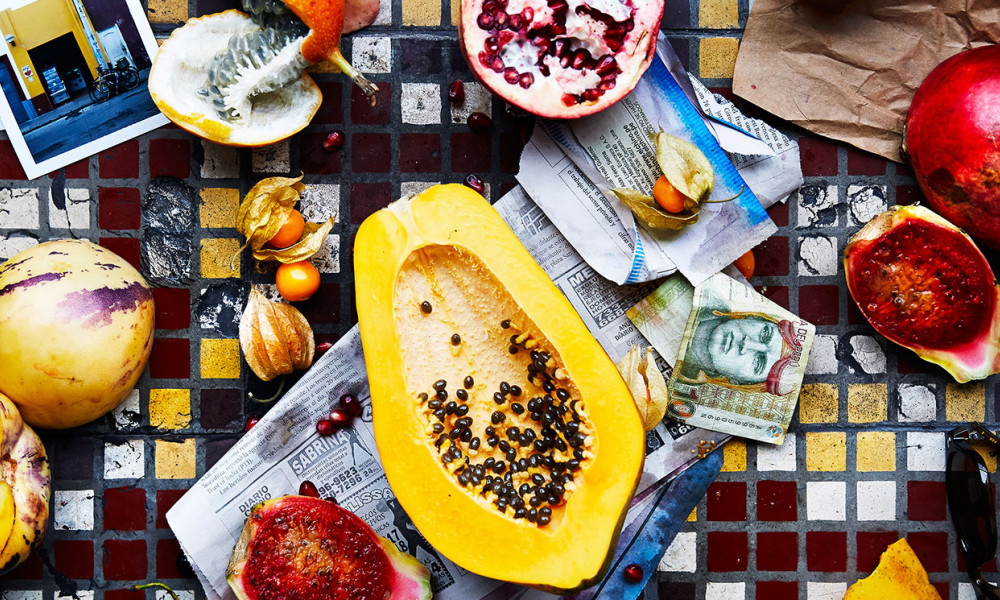 Today Iya Zaitseva shares her impressions of Peruvian cuisine that is rightfully considered one of the most diverse and delicious in the world. The word is that even meticulous researchers from Guinness World Records lost count when including Peruvian cuisine as the richest in terms of number of dishes.

Having reached several thousand articles they simply kissed further calculations good-bye and included local cuisine having forgotten traditional precision. All in all, everyone heading to

And we don’s just talk stomach’s taste but wallet’s one as well. Generally a lunch in a touristic place at a decent establishment will cost 10-12 dollars per person. Useful advice: even if you are very hungry, hold off on a large order because a dish they’ll cook for you can exceed all your expectations both taste-wise and in terms of size of a serving – it is customary to eat a lot there, especially for lunch. For instance, fish/meat, potatoes, batatas, beans and a plenty of rice can end up on the same plate at the same time.

As to potatoes, South Americans are second to none. Peruvians themselves boast to know about 4000 kinds of the crop and that locals are the only ones to know which kind is better for this or that way of cooking. Corn plays equally important role in their diet. Local countrymen grow over 50 kinds of corn that, according to historians, people, who inhabit these territories, knew how to breed as far back as 5 thousand years ago. Not only they eat boiled corn there, they also have it together with salty cheese or as a garnish, and they make mazamorra mush, special chichi morada beverage and even low-alcohol beer, too.

One of the dishes that this country is famous for is ceviche, raw fish cured in lemon juice with onions. Also, one of distinctives is traditional spit-fired guinea pig, a true rara avis for foreign tourists. Its cooking tradition goes back to distant times of wise Inca. Local dwellers go out of cities on purpose to enjoy the taste of this freshly cooked meat although one can find restaurants in cities specializing in preparing this tenders dish that reminds the taste of a rabbit. Chicken and pork are very popular, too along with alpaca meat.

Local citizens don’t believe bread to be the chairman at a table, as an appetizer they serve corn or fried beans. So, if you want it served, tell your waiter about it. You should definitely try round pitas, hollow inside, that have sweetish-blank taste. They are sold in markets almost literally for a song and are served for breakfasts because it is very convenient to use them for sandwiches.

Blancmange (Manjar blanco) is considered an important desert as for local diet – a sweet dairy cream used both as stuffing for bakery and as a fully valid dish that they consume in spoonfuls. Another popular delight is Picarones, a graphic example of South American and Spanish cuisines being mixed. These pumpkin-and-potato doughnuts in powdered sugar and syrup are irresistible.

Let’s move to beverages. It needs to be said that water should be purchased at shops or wending stands – it is strictly prohibited to drink running water there. Out of traditional local drinks one should try Inca-cola, yellow-colored beverage that will bring tourists from after-soviet countries back to their childhood as it reminds lemon soda called “Buratino”. National Pisco Sour alcohol cocktail is a must-try: it is made with lime juice, pisco (local grape vodka, 35-50 degrees on average), whisked egg white and ice. The drink is powdered with cinnamon and served to warm up one’s appetite. It is important to bear in mind that

Curious fact is that

Titicaca lake and its islands: the second chakra of the Earth
We continue our series of stories and travel notes by Iya Zaitseva about Peru. Today we would like to pay your attention at the material dedicated to the legendary lake Titicaca. First of all, the existence of the lake, and even the record holder, at an altitude of 3811 meters, is surprising. It is the highest freshwater and navigable lake in the world.