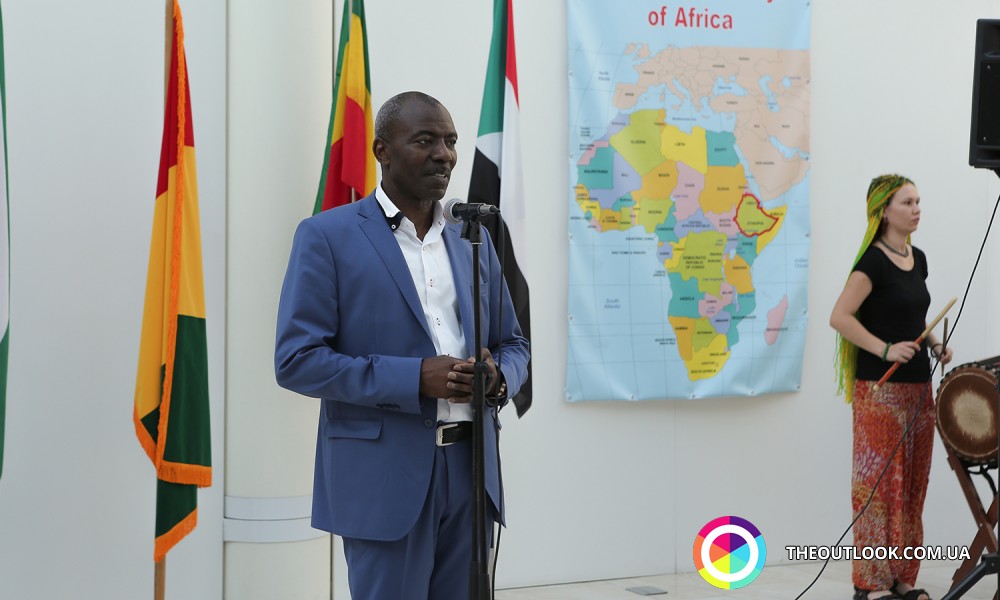 In Kyiv in National museum named after Taras Shevchenko the exhibition ‘Moving along the streets of Africa’ has been opened organized by the social community ‘African Council in Ukraine’. The participants of exhibition are foreign diplomatic missions accredited in Ukraine, Africans, and African Ukrainians.

The project is dedicated to Africa, its nature and variety of perception of this continent.

In the course of event there will be the personal exhibition of modern painter Patricia Tokav-Sedh who came from Kyiv with African roots as well as presentation of national African clothes, culture, and sculpture.

The program of project ‘Moving along the streets of Africa’ consists of the range of lectures about Africa (culinary, music, poetry, fashion performances at the end of exhibition). The exposition is on display from the 24-th of June to the 10-th of July, 2016.

The purpose of exhibition is to show to the visitors the traditional and modern art of Africa and get familiar with the culture of this continent considered extremely mystical and full of myths.