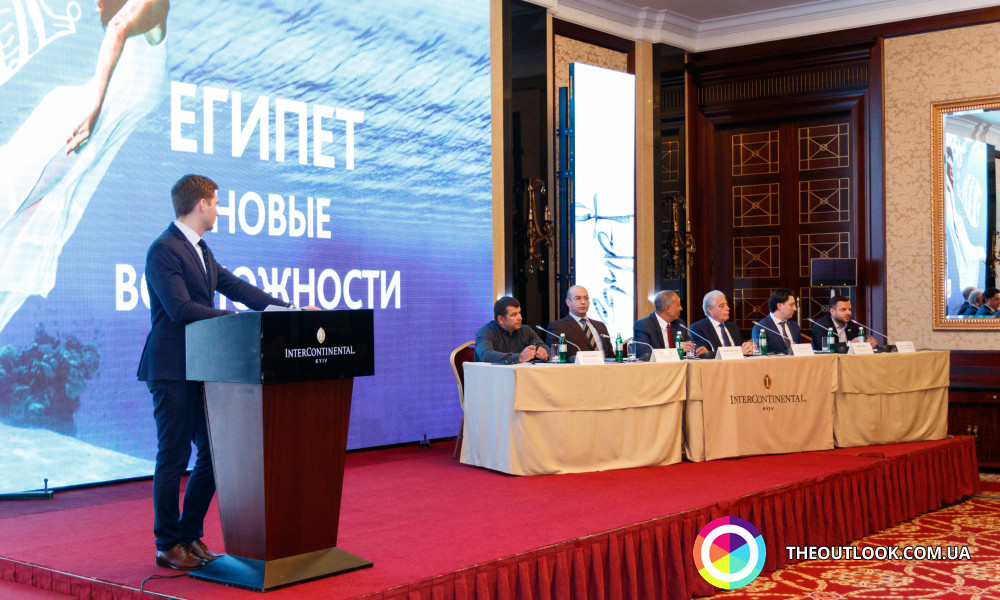 The Ambassador Extraordinary and Plenipotentiary of Egypt to Ukraine Hossam Eldin Aly, Governors of Red Sea, South Sinai participated in the press conference ‘Egypt. New opportunities’ dedicated to the presentation of a new travel concept for 2017.

As it was reported in the Ministry of tourism, the governance of Egypt is waiting for increase of tourist flood from Ukraine by 40# in 2017 what could make nearly 600 thousand people. It is marked that with the purpose to attract tourists, the Central bank of Egypt contributed with non-interest bearing credit amount to $250 million for the organization of renovations and restoration of the hotel basis of the best resources of the country.

Apart from that, this year in the summer for the first time for Ukraine the special charter program will have been launched at the Mediterranean resort El Alamein. Nowadays Egypt it the most attended year-round destination. In winter season the tours in this country are approximately 80% from the average volume of international tourist. Upon the results of 2016 Ukraine obtained the second place in the world on the volumes of sent tourists at the resorts of Red Sea. In 2016 nearly 220 charter flights were implemented what allowed for Egyptian resorts to accept more than 425 thousand travelers from Ukraine. According to the recent estimations, the number of charter flights to Ukraine makes nearly ninety per a week.

Three resorts of Egypt considered as most popular among Ukrainian tourists look in such a way: Sharm El Sheikh, Hurghada, and MArsa el Alam situated at Sinai semi-island and coast of red Sea. Particularly, in 2016 Sharm El Sheihk accepted 268944 tourists, Hurghada – 136543. The growth made 30% and 20% relatively comparing with 2015.

The special attention at the national level is paid to the issues of safety at the resorts of Egypt. It was noted that authority of Egypt made reformations and increased requirements to the safety measures at the main resorts in airports, areas of people mass gathering and at all the excursion routes.

‘I know that Ukrainian tourists love Red Sea and my purpose if to make rest here even more popular. We offer the various kinds of entertainments which are going to provide the diversity at any taste. Apart from that, resorts of Red Sea are considered as the safest ones. They are situated 500 kilometers from Cairo. The events of the recent six years, including two revolutions, did not influence the safety and conditions of rest at the resorts of Red Sea. The most part of population of the region works in travel business and understands that the development of region in total depends on the safety of tourists’, Ahmed Abdalla, the governon of province Red Sea, claimed.