In Kyiv NATO agency is opened 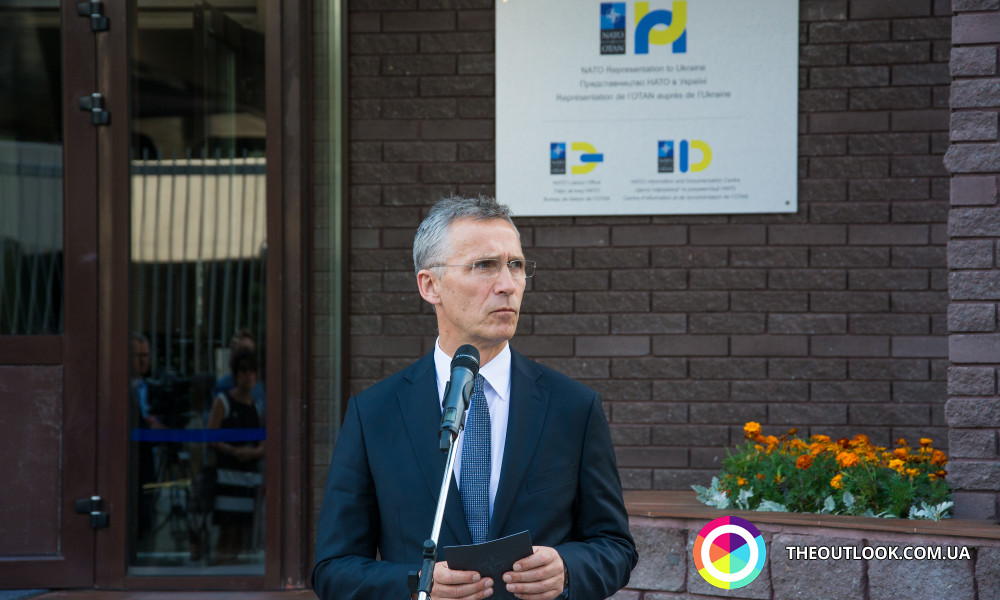 The delegation of North Atlantic Council, including 29 ambassadors of countries-NATO members guided by the general secretary Jens Stotenberg arrived to Kyiv. On the 10-th of July there was an official opening of NATO agency to Ukraine.

In accordance with the section 23 (from Agreement between Government of Ukraine and the North Atlantic Treaty Organization on status of NATO agency to Ukraine), Ukrainian side has to bring offices to NATO Liaison Office to Ukraine and NATO Center of information and documentation to Ukraine on a regular basis and free of charge.

Ministry of foreign affairs of Ukraine (as agreed by Governmental control over affairs) offered to place NATO agency to Ukraine and Center of information and documentation of NATO to Ukraine in non-residential rooms of the 6-th and 7-th floors of administrative building situated in the state enterprise ‘Directorate-General for Rendering Services to Diplomatic Missions’ at Sikorskyy Street, 4-L.

Considering the wishes of NATO agency, state enterprise ‘Directorate-General for Rendering Services to Diplomatic Missions’ invented the project and made reconstruction with decoration for public funds. It could help to represent new rooms of NATO agency to Ukraine in terms of this year celebration of the 20-th anniversary of signing Charter on special partnership between Ukraine and the North Atlantic Treaty Organization.

Today during the official opening the Vice Prime Minister on questions of European and North Atlantic integration of Ukraine Ivanna Klimpush-Tsintsadze remarked: ‘It is a unique diplomatic office in the country which is the partner. Other countries do not have such large-scale agencies’.

Klimpush-Tsintsadze has noted that Ukraine has a consensus related to Euro-Atlantic integration. ‘Entering the Alliance will not solve all our problems in the scope of safety, and today it is not going about the entering. However, if one can encourage the following sovereignty and territorial integrity of Ukraine, it must be NATO. The process of Ukraine’s entering Alliance is the sturdy stimulus for the improvements inside Ukraine’, told Vice Prime Minister.

‘We are going to increase and deepen our help to Ukraine in different scopes. The new building and improved work conditions of NATO agency will allow us to work more effectively in the issues of Ukraine’s support on the way of reformations and improvement of its defensive capacity. We are standing shoulder to shoulder with Ukraine in its fight for sovereignty and territorial integrity. We will continue the support and help to Ukraine in many areas. Verily in this context NATO Liaison Office and NATO Center of information and documentation in this building will play important role’, emphasized Jens Stotenberg.