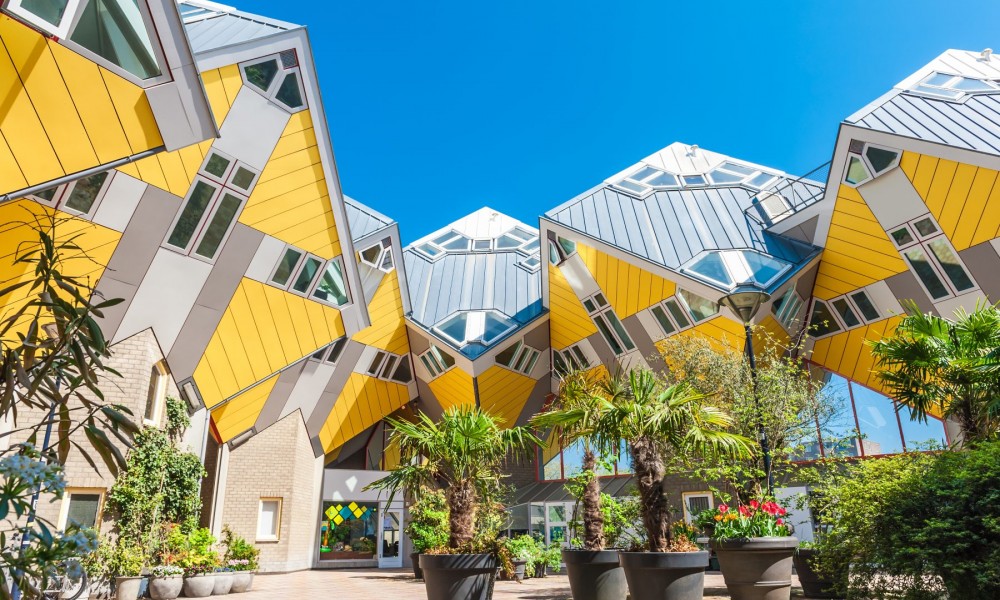 Destined to be a port, Rotterdam became the most non-Dutch city of the country. It is the only city in the Netherlands headed by Muslim mayor, it is also a home for the largest Caribbean diaspora and even has its own China Town. Innate inhabitants and comers are almost equally numbered here. But if we look seven centuries back, we will see only a modest settlement on the Rotte River protected by dam from floods.

A small fishing village reborn into the world's largest port? Sure! Strategic location of Rotterdam – it is comfortably settled on the banks of the Rhine and the Meuse rivers – predetermined its hasty growth from the end of XIV century until today. Hundreds of thousands cargoes passing through the Dutch port were transported through waterways into Germany, France, Switzerland, thereby forcing the city to grow new and new harbours and maritime terminal in order to cope with the powerful stream. Later, thanks to the artificial channel, large ocean-going vessels began to be serviced there.

Rotterdam attained a Phoenix-like fate. Hitler's bombardment of the city, which lasted for five days, resulted into scorched earth and buildings demolished to the ground. But both city image and blown docks were quickly restored, and since 1962 the Dutch port has been the busiest in the world, holding the lead for no less than 42 years. 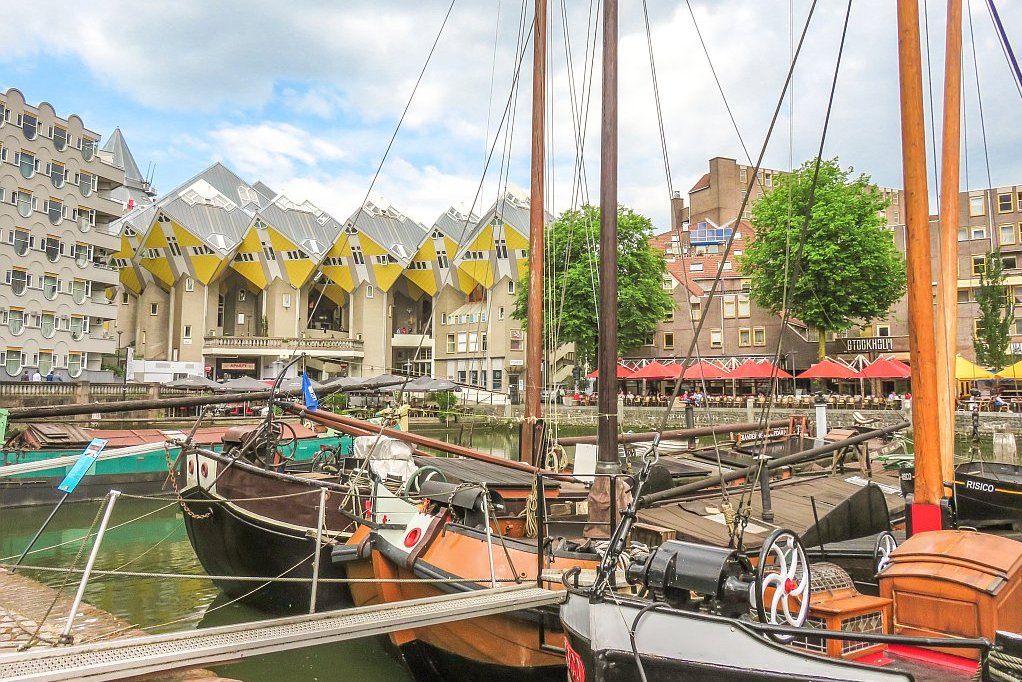 Rotterdam strikingly distinguishes from the capital by its hard-working nature. As the locals often joke: money is spent in Amsterdam, and earned in Rotterdam. The city is in constant motion - no idleness. Perhaps it is a reason for the city to look younger. Not every tourist believes in the venerable age of Rotterdam staring at the Netherlands highest skyscrapers located in the city heart (the country's largest office centre Maastoren extends to the sky at 164 meters, and the most grandiose residential building in Rotterdam the New Orleans has a height of 158 m).

Only sky is the limit, armed with this motto the architects turned a working town into some kind of Manhattan on the Meuse. It's New York City which comes into mind while walking through Wilhelminapier – the place with the largest concentration of skyscrapers and offices. From here through futuristic, reminiscent of swan Erasmus Bridge one can reach Rotterdam centre with its incredible cubic structures (roofs shaped like inclined parallelepipeds), the White House and the basilica in the late Gothic style – the Great Church. 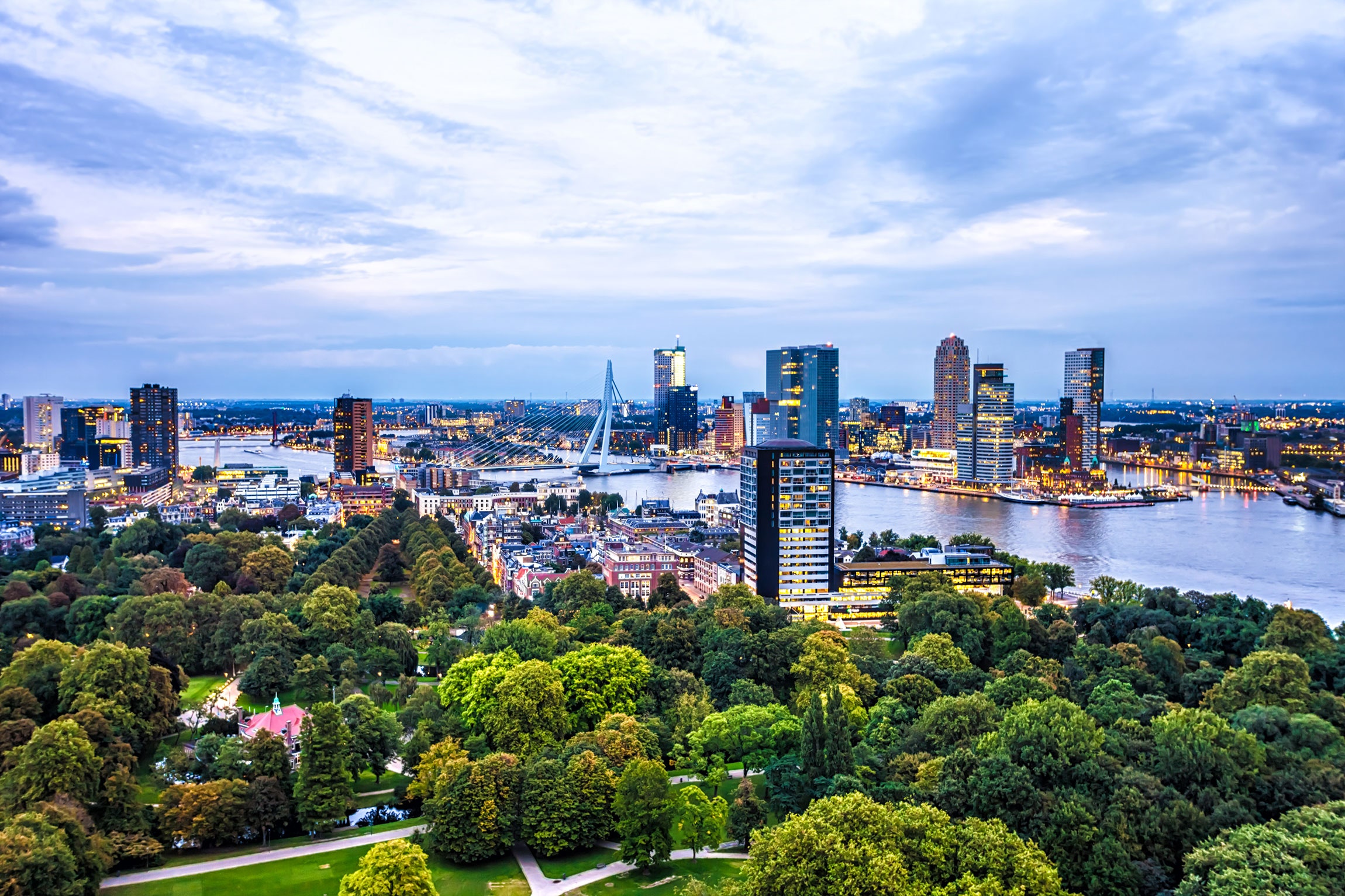 Going to the old port area of Delfshaven, note that you risk to repeat our mistake and not to reach it before dark. Explanation of this phenomenon is not in a long multi-kilometre road, but in numerous museums nested on the way: the Boijmans-van Beuningen (a collection of paintings including works by Rembrandt, Brueghel and Rubens), Chabot (dedicated to the works of this artist) and Kunsthal sadly remembered for bold theft of eight paintings in 2012. And a final flourish is the Netherlands Architecture Institute located nearby and featuring one of the world largest collections in this form of art.

And yet, coming to Rotterdam, you should clearly understand what you want to see the most as the choice directly depends on the season. For instance, if you come into the city in summer, late July - early August, then you will meet colourful carnival that fills the air with the Caribbean and Latin American melodies. In September residents celebrate the port fest resulting in a water parade. And the first month of the year Rotterdam International Film Festival is held, which involves mostly alternate film directors. 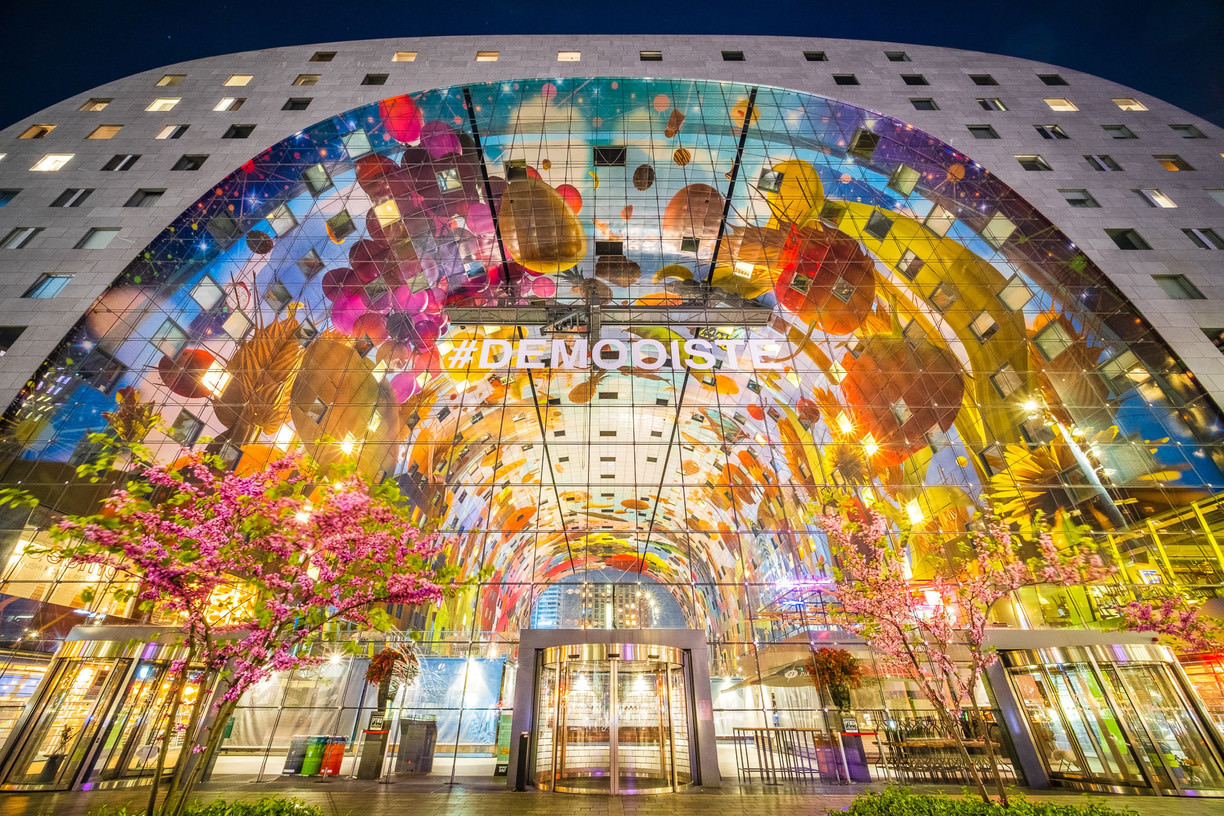 And let’s add for Amsterdam fans that there are also coffee shops in Rotterdam, and prices there, by the way, are lower than in the iconic city on the Amstel. Another difference of the local entertainments from those of the capital, is that nightclubs support mostly hip-hop music, not techno. On this remarkable differences seem to be over. And it is up to you there to go first. But we advise to visit both cities.

Amsterdam: Bike capital of the world
Telling about transport means which became a symbol of some city, it would be an amiss to forget about bikes in Amsterdam. Anyone who has ever been in the Dutch capital, will never forget neither countless cyclists hurrying in swarms through the streets, nor the magnificent infrastructure that contributed to a bike as a safe, environmentally friendly, healthy and the easiest mode of transport.