In between the banks 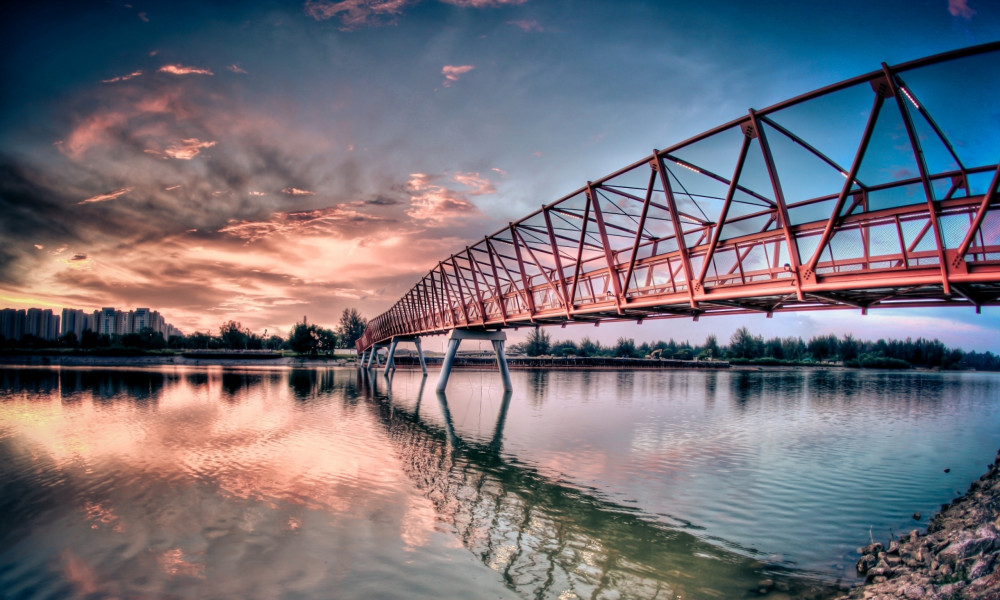 As practice proves, even the most utilitarian items can be made a work of art. Using some imagination and without “killing” creativity, everything becomes extraordinary: bridges, for instance. Logically, principal purpose of such constructions is to connect two banks therefore main thing about them is security. Yet sometimes people follow other criteria.

Now as we’ve mentioned it, the largest number of bridges isn’t in

On the whole, Germans like and know how to make bridges. Take, for instance, the famous Magdeburg Water Crossing. Not only people walk this miracle but also ships navigate it because alongside pavement there is a water slik. Parameters of the erection are impressive: length – 918, width – 42 with height over

One can get to “nowhere” not only by the route from a famous movie but also by a Norwegian bridge. Local car enthusiasts call it “drunk” for the erection changes its direction depending on the sight angle. From afar it even seems like there is a springboard ahead of you. In fact,

In the meantime, in

Now that we’ve mentioned animals, we cannot but refer to a special bridge in

Well, if you are so much lured by height and if a sense of a flight brings you joy, you should go to