Youtube
Статьи  >  Know  >  "TO BE HOME IS TO FEEL SECURE". Memory of Yasser Arafat Honored in Kyiv

"TO BE HOME IS TO FEEL SECURE". Memory of Yasser Arafat Honored in Kyiv 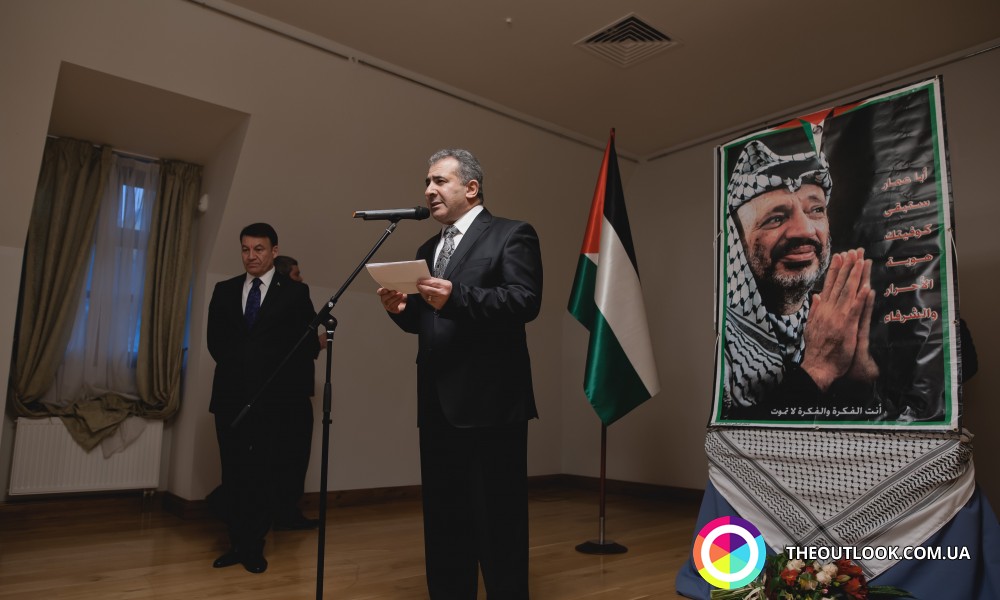 “To be home is to feel secured…” – these words belong to the founder and first head of Palestinian National Authority, fighter for freedom of Palestine, Nobel Prize winner Yasser Arafat. On November 11 Palestinian leader’s commemoration evening was held in Kyiv orchestrated by Embassy of Palestine in Ukraine and Palestinian expatriates.

There was wide representation of the diplomatic corps of Islamic states in Ukraine on the event as well as diplomats from other countries friendly towards Palestine. Besides, Yasser Arafat’s commemoration evening was attended by representatives of various non-governmental organizations and diasporas.

Yasser Arafat was born on August 4,

In 1956, when he participated in kick-off of British, French and Israeli powers attack on

A year later in

On April 2, 1989 Executive Committee of Palestinian National Council (NPC) elected Yasser Arafat President of Palestinian state and in July 1994 he returned to

On September 13, 1993 Yasser Arafat and Prime Minister of Israel Yitzhak Rabin after longtime secret negotiations signed Oslo I Accord according to which NPC undertook to recognize the right of Israel for peace and security and to cease terroristic activities. As a result of the Accord Palestinian National Authority (PNA) was created to get control over West Bank of

In 2004 Arafat’s health broke down abruptly, same year in autumn he was taken to