Youtube
Статьи  >  Know  >  Start of the conference "Turkmenistan and international organizations: cooperation for peace and development"

Start of the conference "Turkmenistan and international organizations: cooperation for peace and development"

Автор: Embassy of the Republic of Turkmenistan in Ukraine 15.01.2020 | diplomacy, ambassador, Türkmenistan 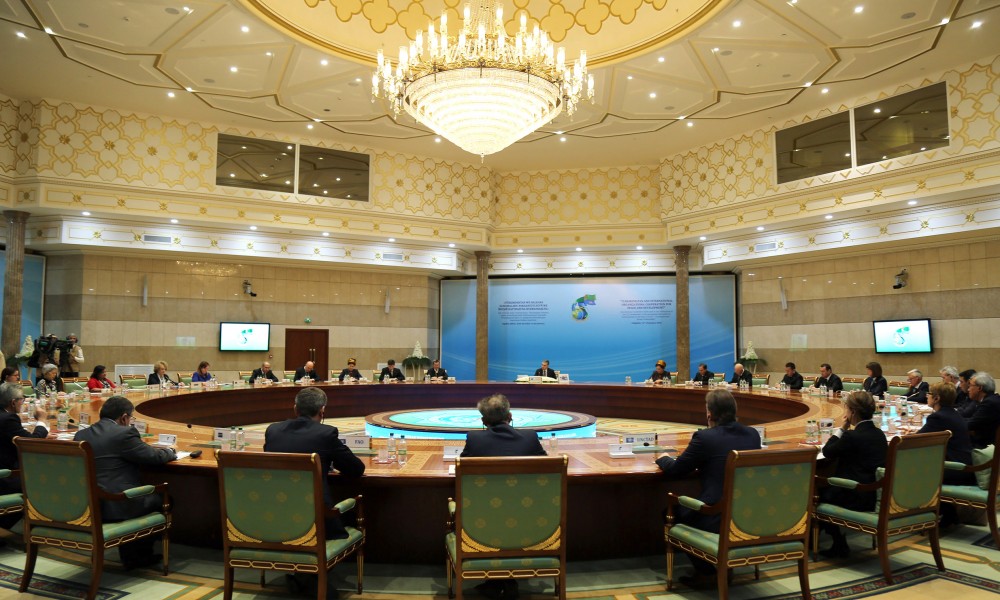 The President of Turkmenistan noted that Turkmenistan has chosen the model which has gained the name - Positive Neutrality and formulated its fundamental principles: peace-loving, noninterference in the affairs of other governments, respect of their sovereignty and territorial unity, nonparticipation to the international military organizations and pact. He added that Turkmenistan became a reliable ally and effective partner of the United Nations in the process of preserving and sustaining political stability in the region, developing good neighborly relations, friendship and cooperation.

During their speeches, they highlighted the unique nature of Turkmenistan's neutrality policy, whose global goal is to maintain stability, economic growth and security in an exclusively peaceful way, with coordinated action by all members of the international community.

The work of the International Conference will continue in the Ministry of Foreign Affairs of Turkmenistan in the format of plenary sessions.

According to the information provided by the Embassy of the Republic of Turkmenistan in Ukraine.