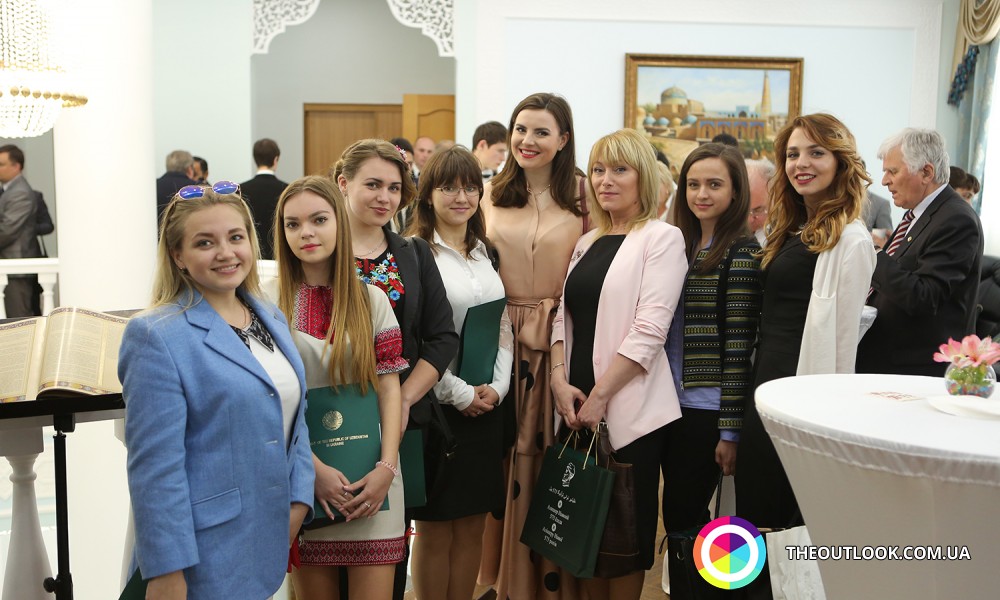 OUTLOOK International Project that operates in the sphere of culture diplomacy, launched a culture and education project Diplomatic Greetings aimed at getting Ukrainian students, future culture experts and philologists, acquainted with distinctive features of cultures and traditions of various countries of the world.

Ambassador Extraordinary and Plenipotentiary of Uzbekistan to Ukraine Mr. Alisher Abdualiev genially agreed to aid launching of the project and become the first to express his diplomatic greetings. Within the framework of scientific and practical conference Uzbek-Ukrainian Culture Interrelations dedicated to 575th anniversary of the great poet, thinker and statesman Alisher Navoi he invited students and professors of culture studies department of Kyiv National University of Culture and Arts to attend. Within the framework of the meeting Mr. Ambassador told about Uzbek-Ukrainian culture relations, gave a tour around the embassy and shared secrets of a successful diplomatic career.

Inspired students, who were lucky to become the first participants of our project, left their comments about the event:

It is impossible to hold emotions and amazement at bay upon entering the Embassy. High official, gorgeous hall, flashes of photo cameras cannot leave a single person indifferent. Orchestration of the event was a pleasant surprise: teamwork, precision and consistency in work of orchestrators couldn’t have gone unnoticed. One of the brightest memories is getting acquainted with Ambassador of Uzbekistan Mr. Alisher Abdualiev. In conclusion of the event guests and participants had a chance to treat themselves to exquisite dishes and amazing deserts from Uzbek cuisine. Conference went on the highest level; everyone is content – what else is there to be desired? I’m grateful to the orchestrators for such an opportunity; I’ll keep remembering this experience and living through all the feelings and emotions for a long time.

I really liked the conference. I learned many new interesting things about Alisher Navoi. It was a great pleasure to listen to speeches on successes of experts and I was really impressed and inspired by their colossal work.

I got a great deal of impressions while attending International scientific and practical conference dedicated to 575th anniversary of a great poet, thinker and statesman Alisher Navoi. Scale of the event was incredibly impressive together with guests present such as Ambassador of Uzbekistan to Ukraine, Ambassador of Turkmenistan to Ukraine, Ambassador of Tajikistan to Ukraine and many others. I was also very glad to meet Director General of Outlook Project Daria Kariakina. Thank to this conference I learned a lot of new information about poet Alisher Navoi and had a chance to enjoy a film about beauties of Uzbekistan. It was a great honor for me to meet Ambassador of Uzbekistan in person. Bottom line, I can state that I liked everything a lot and I would like to attend to such events in future.