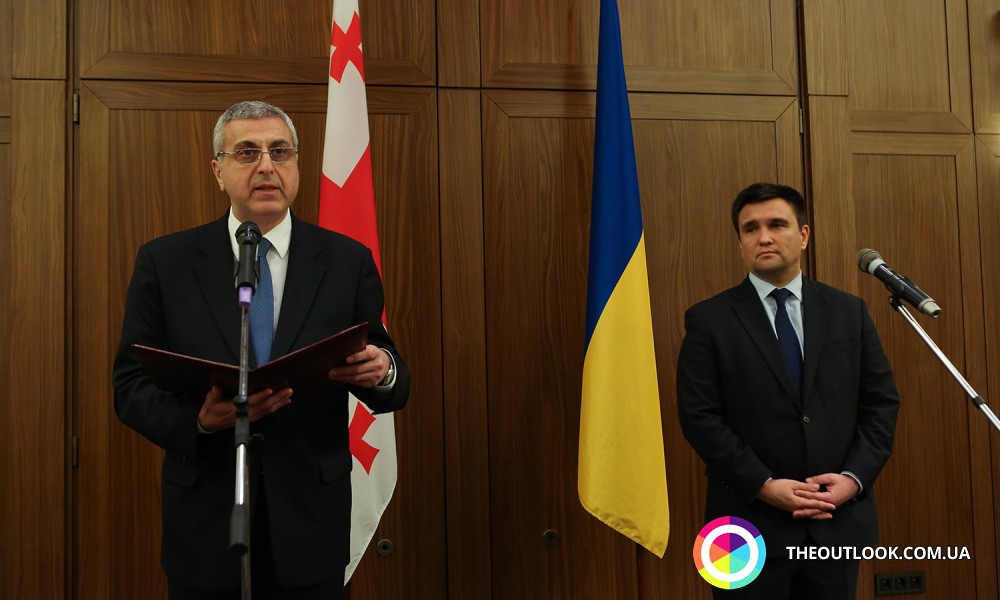 The Ambassador Extraordinary and Plenipotentiary of Georgia to Ukraine Michael Ukleba arranged a welcome reception in honor of the 25-th anniversary of the country. The mission to congratulate the Head of diplomatic mission for the main national holiday was implemented by the Minister of Foreign Affairs of Ukraine Pavel Klimkin, the President of Ukraine (1991-1994) Leonid Kravchuk, as well as the ambassadors extraordinary and plenipotentiary of the foreign states.

Among those who congratulated the Head of diplomatic mission for the main national holiday were the Minister of foreign affairs Pavel Klimkin, the President of Ukraine (1991-1994) Leonid Kravchuk, the Ambassadors Extraordinary and Plenipotentiary of Hungary, Indonesia, Tajikistan, Uzbekistan, Kazakhstan, Mexico, Lebanon, Romania, Bulgaria, Iran, Qatar, Japan, Great Britain, Pakistan, Turkey, Republic of South Africa, Cuba, Moldova, Azerbaijan as well as representatives of Georgian expat community in Ukraine, businessmen, and mass-media.

On Independence Day which has been being considered as an official holiday in Georgia since 1991, the main events happen in two cities of Georgia simultaneously – in capital Tbilisi and in the second large town of the country Kutaisi. In the capital traditionally this day is marked with ceremonial parade and grand concert. In other cities of the country there are also many mass entertaining and cultural events.

So as to know how the celebration went in Kyiv, look in our gallery.