In Kyiv the Week of Spanish cinema started 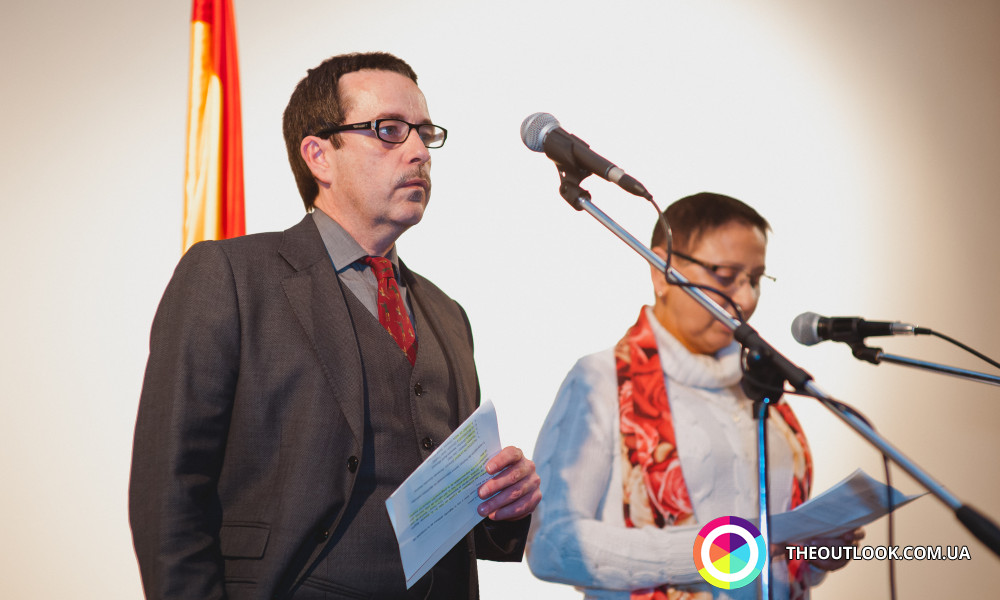 The festival started with the movie ‘Palm trees in snow’ directed by Fernando Gonsalez Molina. It is a story about a great love, connection of times and generations. The beautiful woman Clarens lives in cold mountains. Once she found out a mysterious letter and decided to know the truth concerning the past of her dad. The girl arrived to African island Fernando-Po and turned to appear in paradise. She walks along the traces of family mysteries where a girl finds forbidden love, betrayals, and defining events that became a part of the world history. The main roles are played by the stars of Spanish cinema Mario Casas and Adriana Ugarte, while Berta Vaskes who was born in Kyiv, the movie is the debut in a high cinema.

The festival will have lasted till the 5-th of April. During the week Ukrainian spectators will be represented with five movies, then, the Night of Spanish short-length movie is to happen.

Comedian and dramatic glance onto the true friendship ‘Truman’ is a new work of Seska Gay, the participant of CineFiesta in 2013. The friend from Canada Tomas unexpectedly comes to Julian when he gets acknowledged that his mate has decided to stop the fight with cancer. Two friends along with the Julian’s dog nicknamed Truman live out four jam-packed days.

The film possessing the premises ‘Gaudi’ and ‘Goya’ in the nominations ‘The best movie’ and ‘The best director’. The eccentric ‘Night stories’ from Barcelona is the romantic comedy of Manuela Burlo Moreno. One long August night the different people endure various events which caused great influence on them. After three-year relationships Lucia breaks up with her boyfriend Ivan because he thinks that she does not love him anymore. Pako, the van’s driver, could not make a declaration of love to the woman of his dream. The teenagers Coke and Luisito go about the city by hijacked car in search of adventures. The driver of emergency ambulance Alberto was going to start new life with new job and new girlfriend. In the meantime, the taxi driver Pedro becomes aware of the fact that something is wrong in the relationships with his wife Maria. All the characters are united by night radio program, they walk along the city and do not think that their destinies are about to cross accidentally…

Incredibly sensitive story about the feelings not susceptible to time is the full-length movie of Honas Trueba ‘Reunion’. Manuela and Olmo had been living separately for many years since their last meeting… She gave him a letter which he had written when they used to be a couple at school. This letter will change their feelings at all (exactly, their perception of feelings) when they are in their early thirties. For one night in Madrid being accompanied by the sounds of music and cocktails, Manuela and Olmo will get united in the future which they promised each other fifteen years ago and for the first time they felt what love is.

The movie of good mood is the powerful debut of Danuel Guaman ‘Nothing in return’. The sixteen-year-old Dario escapes from home because he cannot endure the chaos there. The loyal friend of Luismi, Caralympia is the miserable unfortunate who pretends to be winner; and old woman Antonia who gathers the lumber riding her three-wheel car will become a new family for Dario. The representatives of three generations are to meet in the city, too big for solitude. It is summer outside.

On the occasion of the 25-th of anniversary of diplomatic relations establishment between Spain and Ukraine CineFiesta will represent the special event ‘Night of shirt-length movie’, the love beyond the time, reconciliation of enemies, superhero abilities, family mysteries, worrying issue of self-definition. There will be 25 movies and 25 stars each of which has its own history. The only show will happen on the 31-st of March at 23:59 in Cultural cinema ‘Cinema theatre Kyiv’.

The show tickets are in the box office of Cultural center ‘Cinema theatre Kyiv’.