The travel to whale’s chaps 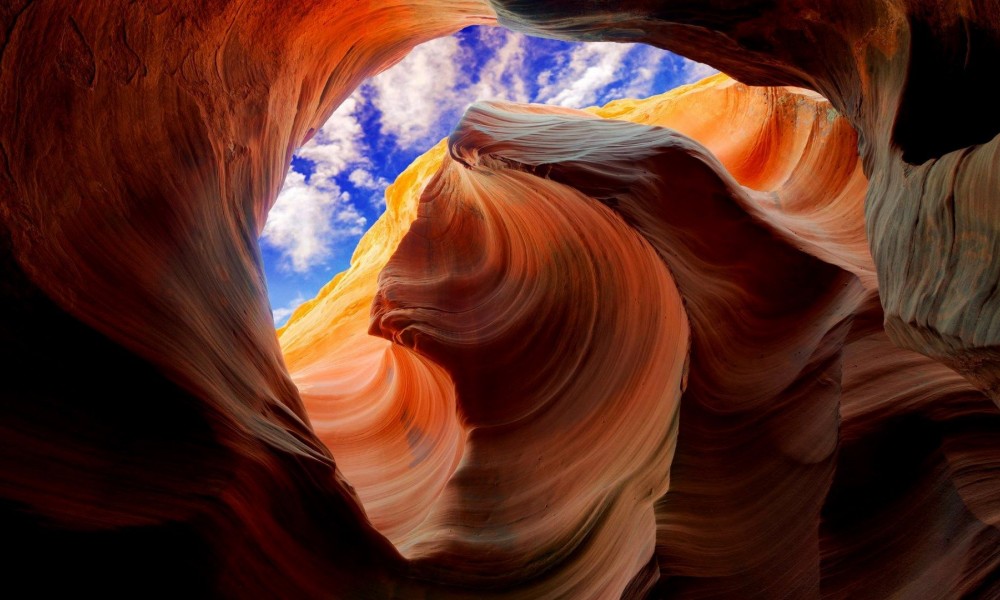 Even being adults, sometimes we are able to bring to life the children’s fantasies, see the stories from childish dreams, and embody what has seemed to be the fairytale. Have you ever dreamt of being in the whale’s chaps? Just imagine that you were swollen by the giant fish, and you were living there for a long time, looked at it inside, settled down there, swam and dived there?

If you have ever been to at least one of the largest cloves in the world, you, definitely, experienced similar feelings. Fear and astonishment, helplessness and gusto… Such emotions usually accompany the searchers for wonders who had enough courage to go down and see the bottom of whale’s chaps.

The boisterous floods of water had been washing out everything on the way forming endless inimitable canyons and cloves with individual ecosystem. The birds, insects, plants are swollen by the huge mammal like small fish or plankton. They have to adjust new conditions of existence, that’s why sometimes people find out their behavior unusual.

Twenty years ago French le Fier, the river with arrogant temper, assertively paved the way through the subsurface rocks to attract the present curious people from all over the world. Incredibly deep and narrow canyon seems really breath-taking because one feels that even small movement or even sound of the voice is able to push you to the verily throat. That is why people stand holding the fragile bridge along the hill as if it was whale’s teeth. If you believe to the legends, it could be interesting to know that young train-bearer of countess Diana Montrottie who feel in love from head to heels was thrown to the abyss in the fight with one more candidate, count Pontver. Nobody knows if it is true or false, but the Castle of Montrottie rises over the clove Fier and it has never been touched by the sunlight. 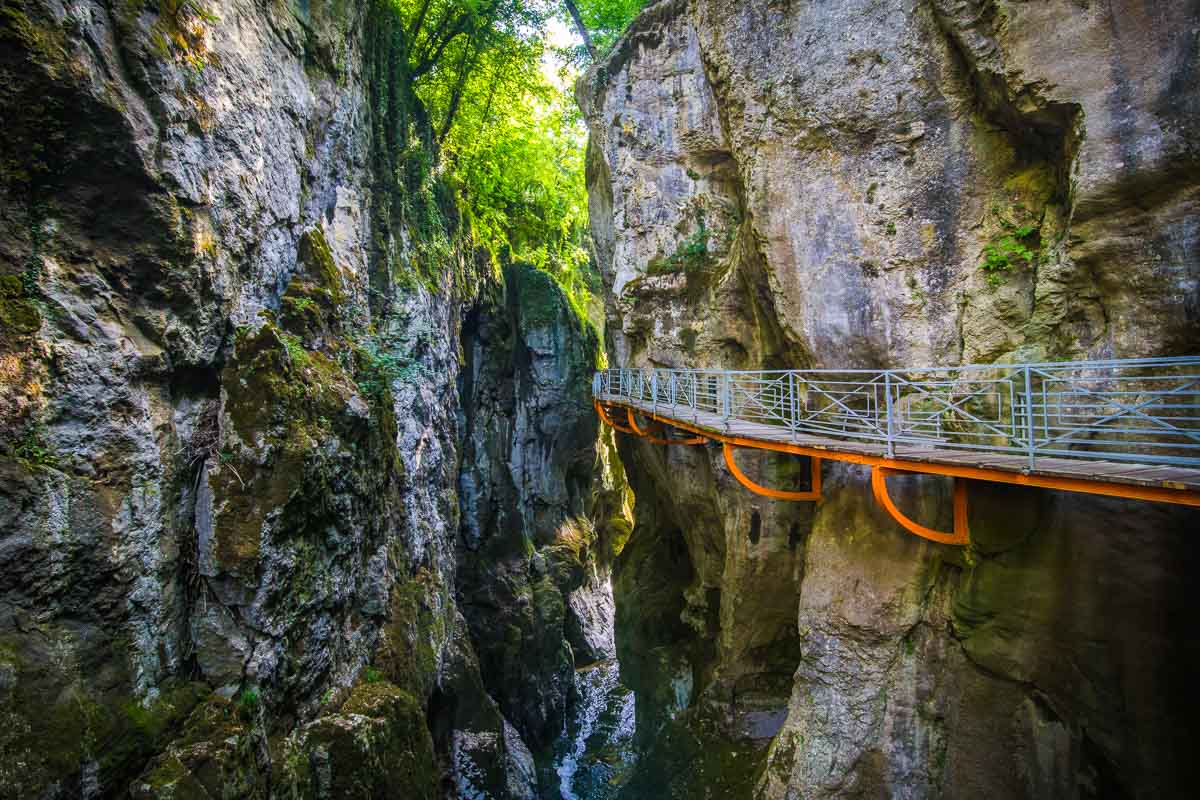 If Fier is extremely dark and dreary, Antelope Canyon in the USA got its name due to the bright red color that resembles skin of antelope shining over the rays of the sun. Perhaps, it is not accidentally that it belongs to Indians of Navaho tribe with reddish color of skin. The sandy hills heavily peckled with the cracks, also resemble the face of old chief covered with wrinkles. In the times of rare rains, Antelope is full of water, and when the rain gets slower and water pours down, it wash out the ditches and gullets. It creates new landscapes that are dried with the wind and enlightened by sun setting up an unbelievable magic. The ancient legends of Indians bring some mystery here along with the habits, beliefs, and typical names. Navaho called the high canyon of Antelope as ‘place where water penetrates the hill’ while lower canyon got the name of ‘spiral arcs of the hill’.
Photo klook.com

If one dives in the clove from another side of Earth, for instance, from Japanese Takatiho, there will be no sign of Indian Shamanism because there is religion Shinto, and Takatiho is one of the most sacred places. ‘Country that looks at the sun’ became the name which ancient people gave to these places. The darkness that could be only imagined in the close whale’s chaps captured the goddess of sun Amaterasu, according to the legend. She hid in the cave being offended to her brother. The sunrays disappeared, and darkness came to the Earth. Ones had to pray to the ancient gods so as to make Amaterasu merciful and return the warmth, sun, and joy. The grateful Shintoists raised temple in the clove, Takatiho Dzindzya and Amano Ivato Dzindzya. The grots, transparent river, noise of waterfalls and brooding hill stimulate to clear the soul and thoughts even in the crowd of those who has not been converted to Shintoism.

That’s why it seems that to know oneself and surrounding world better, one has to dive into the chaps and them come up and start the life being renewed.