The Embassy of Indonesia added showpieces in Kyiv museum of miniatures 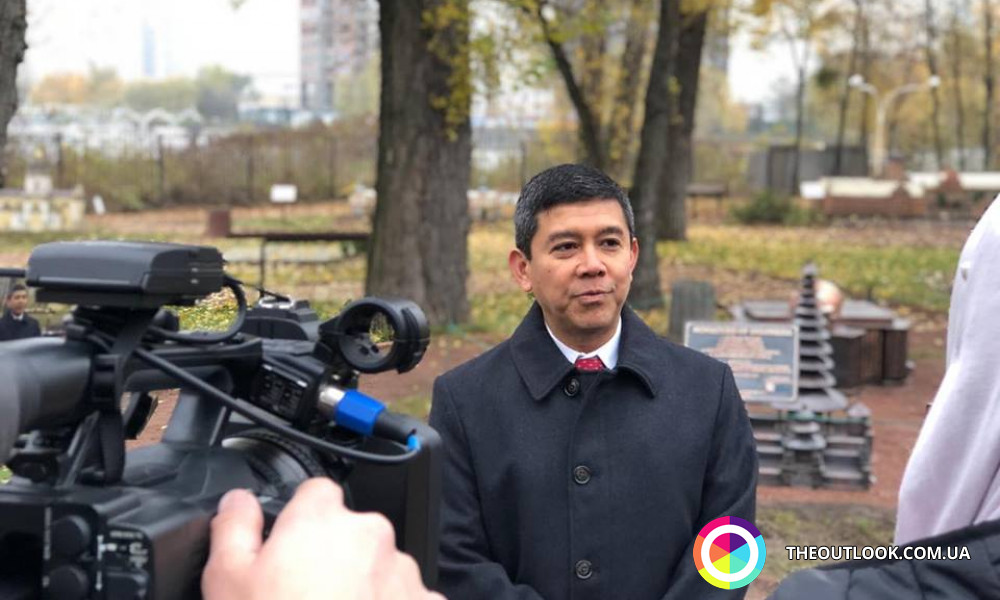 The Embassy of Republic Indonesia has set five Indonesian architectural miniatures in the park-museum of Kyiv ‘Ukraine in miniature’. The presentation of exotic masterpieces happened on the 10-th of November. The exposition includes the Temple Borobudur, the Cathedral temple of Jakarta – the Saint Mary Church, the mosque Istiklal – the biggest Muslim sanctuary of the South-East Asia, the Temple of Ulun Danu.

The event was dedicated to 25-th anniversary of diplomatic relations between Ukraine and Indonesia. The miniatures were represented by the Ambassador Extraordinary and Plenipotentiary of Indonesia to Ukraine Yuddy Chrisnandi:

‘I am grateful to those who joined us on this occasion. I would like to express the gratitude to the government of Ukraine as well as the friends of Indonesia in Kyiv who helped to the Embassy to implement this project. Everybody who is present here today plays an important role in support of our common efforts directed to the nations getting in touch. The purpose of the project is to popularize our country Indonesia in Ukraine as well as showing results of the constant development of bilateral relations between countries’. The event was visited by the employees from the Embassy of Indonesia to Ukraine, Mufti of Ukraine sheikh Ahmed Tamim, representatives of mass media and social community.

All five miniatures represent the various culture of Indonesia, for instance, the temple Borobudur, one of the greatest monuments of Buddhism in the world was built in VIII-IX centuries in Central Yava. In the XX-th century it was included by UNESCO in the list of World Heritage. In February 2017 the negotiations between Indonesian embassy and management of the park ‘Ukraine in miniature’ started. The temporary charge d’affaires Mr Yusran Hadromi from the Embassy of Indonesia to Kyiv put forward the idea to introduce a part of Indonesia to Ukraine and show the unique architecture to the citizens and guests of Kyiv. Initially it was discussed that in the park it is possible to set only one miniature of temple Borobudur.

The temple Borobudur was built in IX century. It is situated in city Magelang, the province Central Yava. The construction of this monument is quite unusual, the temple is multilayer, it consists of 6 square platforms, there are three round platforms decorated with relief panels (that are more than 2500). Apart from that, this monument is decorated with 504 statues of Buddha. The main cupola is located in the center of the top platform; it is surrounded by 72 statues of Buddha. Each of them is placed inside the stupa in a form of the bell. The temple Borobudur is considered as the biggest Buddhist temple in the world.

Having come to Kyiv in April 2017, the new Ambassador assigned, professor Dr Yuddy Chrisnandi supported this idea and offered to set five miniatures, the famous constructions of Indonesia. That’s why in Indonesian company they put the special order for production of several pieces from copper that have been represented today.