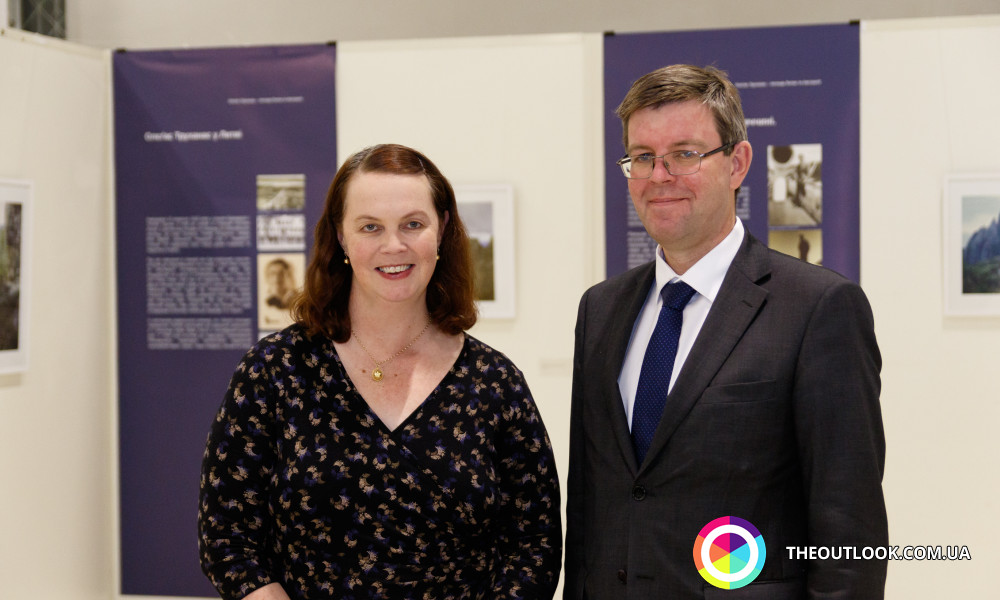 Olegas Truchanas is the photographer, traveler, researcher, yachtsman, protector of environment and ecology activist who used photography as the main way of spreading knowledge about the natural heritage and necessity of its saving.

Opening the exhibition, the Ambassador of Australia to Ukraine Melissa O’Rourke said: ‘Celebrating the 25-th anniversary of diplomatic relations with Ukraine the Embassy of Australia is pleased to be co-organizer of the exhibition which represents the creativity of Lithuanian Australian of Ukrainian origination Olegas Truchanas. Though the photos were made nearly 50 years ago, they remain out of time evocating the magnificent landscapes of Southern Australian state Tasmania. Such projects help our nations learn about our traditions and history; appreciate the majesty of nature and transfer this knowledge to the next generation. With a great pleasure we are sharing this natural wonder of Australia with new audience here, in Ukraine’.

Truchanas was born in 1923 in Siauliai city, Lithuania. The ancestors of Olegas Truchanas were Ukrainians who in the end of XIX century settled down in Siauliai city. After war Truchanas went to the West and in a while he received an asylum in the refugee camp in Germany. There Olegas Truchanas discovered photography to perpetuate his recollections from the travels along Bavaria and Tyrolean Alps. The meeting with photography was life-changing. The poetic soul of the artist found out the best way to transfer the thoughts, emotions, and feelings.

In 1949 the artist came to Australia, and then he moved to Tasmania where the restless traveler was admired by the rich natural resources of the island which became the main plot of his photos and set the future lifelong target – to save the national treasuries of Tasmania for the future generations. Olegas Truchanas had a special talent to express his love to nature with the narrations and photos as well as discover the majestic beauty of Tasmania Island.

So as to eternize the memory of Olegas Truchanas, the books were published, the documentaries were created along with the musical plays, and the communities of nature connoisseurs were called after him. The national park was made and the exhibitions of his photos constantly happen.

The President of Lithuania Valdas Adamkus told about Olegas Truchanas: ‘He was the true human of nature who loved it researching. Due to him I also got familiar with the corner of beautiful nature in Tasmania. The works done in Australia, perhaps, will remain the valuable material and precious gift. I am happy that you have initiated introducing of this person. There are not so many such people in the world. He is worth our respect, and we might only gratify him for everything he did for us…’

The exhibition is going under the support of culture union of Lithuania and Institute of Culture of Lithuania. The photos are given from the archive of Truchanas family. The exhibition will have been working from the 17-th of November till the 3-rd of December 2017 for the wide audience in National museum of Taras Shevchenko (Shevchenko avenue, 12).