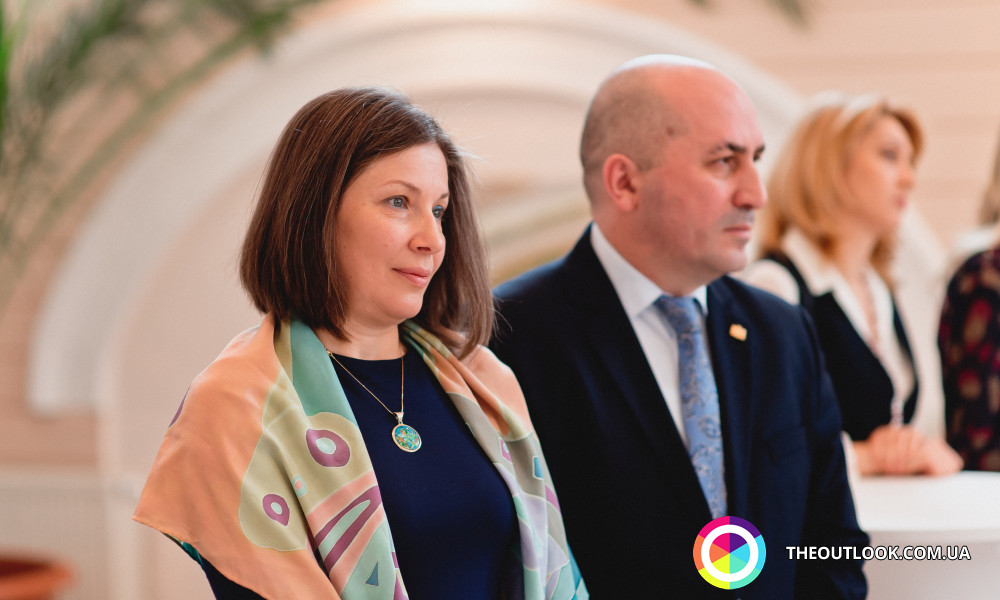 The spouse of the Ambassador Extraordinary and Plenipotentiary of Georgia to Ukraine Irina Sultanishvili carried out a meeting of the Ambassadors Spouses Club, in the frame of which some traditional clothes was demonstrated.

The spouse of the Ambassador Extraordinary and Plenipotentiary of Georgia to Ukraine Irina Sultanishvili carried out a meeting of the Ambassadors Spouses Club, in the frame of which some traditional clothes was demonstrated.
This event was dedicated to the 100-th anniversary of the First Democratic Republic Georgia and 100th anniversary of diplomatic relations between

The club "Ambassadors Spouses Club" arranges meetings for the spouses of Extraordinary and Plenipotentiary Ambassadors, representatives of Ukrainian authorities and embassy partners, where each country represents its culture.

The meeting was attended by the spouses of the Extraordinary and Plenipotentiary Ambassadors of Azerbaijan,

Meeting the guests, Ms Sultanishvili gratified everyone for the visit and wished them an interesting and fulfilling pastime. After the reception the presentation dedicated to the first Republic started. It was also emphasized which important role women played 100 years ago. The discussion included five female members of the first chosen parliament of Democratic Republic Georgia.

Special attention was given to the cultural and historical heritage of Georgia, unique technologies of wine, sites included in the lists of materials and non-material cultural heritage of UNESCO and Georgian polyphonic songs.
After the presentation, the guests could get acquainted with the collection of ‘Georgian national costume house’, and taste national dishes and wine.