In the rhythm of heart. Japanese drums taiko 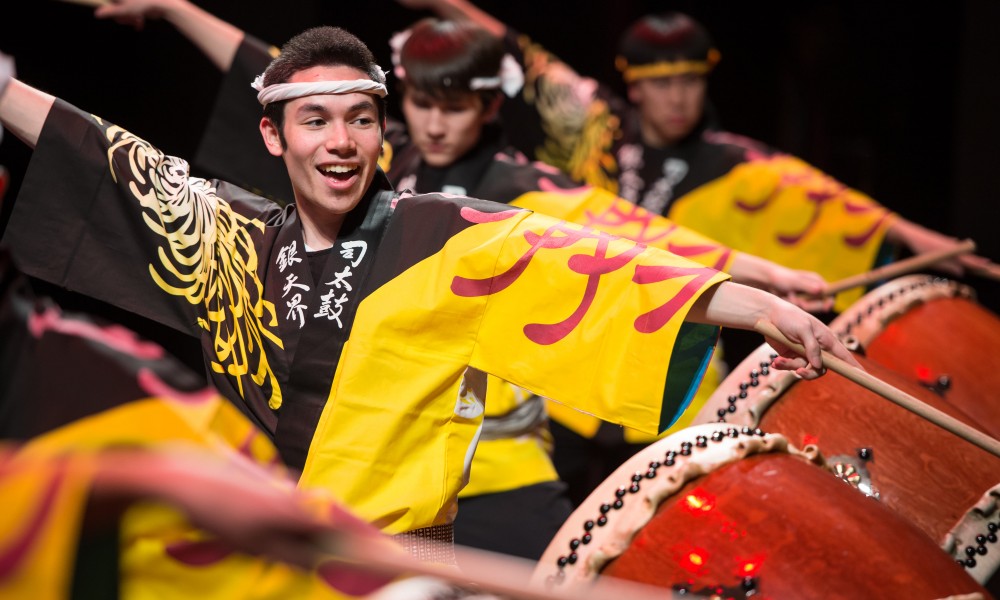 Its sounds penetrate the heart, stop the flow of thoughts and cause the blood to move in some kind of magical rhythm. It's a roll of thunder. It gives the shivers. It's a secret. Japanese drums in their homeland are elevated to the rank of cult. Without them, not a single official event is possible, their melodies delight the hearing during joy and help to experience sadness.

According to the legend, the first drums, dated back to about fourteen centuries ago, were brought to the Japanese islands by neighbors. History does not say where they came from, however, it is assumed they were originated from Photo flickr.com

According to the manufacturing method, everything can be divided into two groups. In some, the lamb skin on the sides tightly nailed to the wood with nails. In others, it is pulled with lacing. This is how it becomes possible to adjust the sound of the instrument. They disclose the secret of making such a skin, the master is not very willing. But the requirements for the tool body do not hide - it must be a single piece of wood.

Classical type of taiko is oblong drums. They are used for services in Shinto and Buddhist temples. The small drums Nagado-Taiko with high sounding prefer the artists of the theater No. Kakko-taiko got accustomed to the The effect of sounds is tacit, Japanese music experts are compared to hypnosis. They also say that they are able to relieve stress, inspire confidence in a person and help him to open new opportunities in his mental and physical body. For the healing effect, they also recommend that you listen to it for at least half an hour a day.