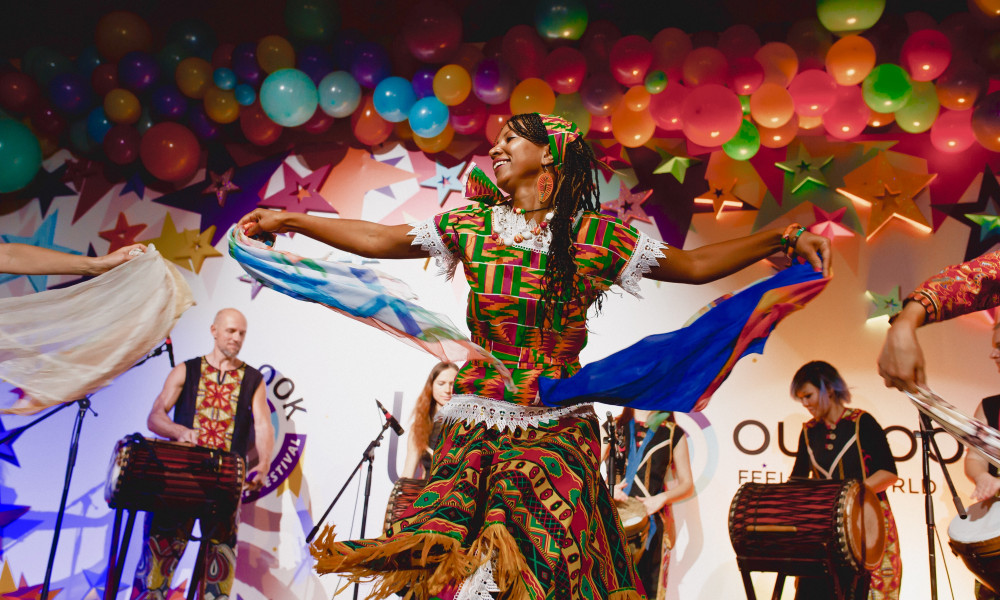 Every people’s culture is unique, full of riddles, mysteries, traditions, customs and stories. We are exorbitantly happy that within the framework of the festival of cultures of peoples of the world OUTLOOK WORLD CULTURE FESTIVAL our team creates a venue to exchange the most interesting among different countries and peoples.
The world is closer than any of us can imagine, the world is more open that it seems at first glance. Most important is the desire to share and tell about your country, traditions, people… Because it is culture that unites and demonstrates that people from all over the globe have much more in common than they have different.
For the fifth time OUTLOOK Project has become the guide for citizens and guests of Kyiv on their friendly tour around the world. Each year we try to increase scale, surprise our visitors and bring them joy. 5th OUTLOOK WORLD CULTURE FESTIVAL was no exception. This time, more than ever, we wanted to make the gala day unforgettable, transfer every visitor into the atmosphere of unity, bright festival colors and pleasant aura that no words can describe. So many smiles and friendly hugs…
This year the OUTLOOK WORLD CULTURE FESTIVAL took place with grant support from Ukrainian Culture Foundation – state institution created in 2017 that operates aiming at fostering development of national culture and arts in the state, at ensuring favorable conditions for development of both intellectual and spiritual potential for individuals and society, at broad access of citizens to national culture heritage, at support of cultural diversity and at integration of Ukrainian culture into cultural space of the world. We are sincerely grateful to the Ukrainian Culture Foundation for their trust and support; together we do a great thing; its goal is to strengthen principles of tolerance, mutual respect, friendship and peace, to increase awareness of Ukrainians as to palette of cultures of the world and to promote the achievements of Ukraine.
As always our festival began with the official opening ceremony that was participated by the Wife of the President of Ukraine, head of the Ukrainian Culture Foundation Mrs. Maryna Poroshenko, Minister of Culture of Ukraine Yevhen Nyshchuk, over 20 Ambassadors Extraordinary and Plenipotentiary, Director General of GDIP Pavlo Kryvonos, Deputy Ministers of Culture of Ukraine Svitlana Fomenko and Yuriy Rybachuk, Deputy Minister of Youth and Sports Oleksandrp Yarema, representatives of Kyiv Oblast State Administration and Kyiv City State Administration. Also, congratulations were addressed to the festival from Minister of Youth and Sports of Ukraine Ihor Zhdanov.
We really wanted to see happy faces of our visitors and the team of the OUTLOOK has spared no effort to make this day bright and unforgettable. Therefore we are overwhelmingly grateful to all the participants, embassies, performers, craftsmen, volunteers who have participated in our anniversary festival of culture of peoples of he world OUTLOOK WORLD CULTURE FESTIVAL. Each of you has contributed something unique, beautiful, distinctiveto our gala event to make it amazing and bright, a memory that will keep warming our hears up for a long time.
Автор галереи: OUTLOOK
Вам это будет интересно: