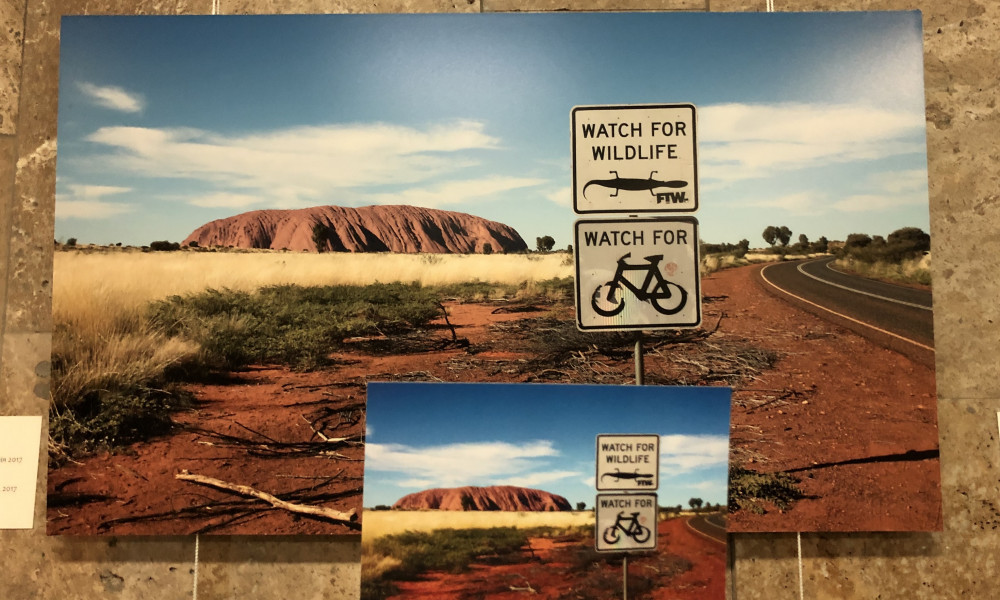 On January 22nd at the Vernadsky National Library of Ukraine with the support from the Embassy of Australia in Ukraine opening of the exhibition of photo works of the deputy Head of the Mission Tim Bolotnikoff "Southern Lands: Australia/Antarctica" was held.

He is an Australian diplomat and a photographer. In 2011 he spent six weeks travelling around East Antarctica and visited five research stations in Australian Antarctic Territory. Tim has lived and worked in Papua New Guinea, Solomon Islands, Thailand, Bangladesh and Ukraine.

Ms. Melissa O’Rourke, the Ambassador of Australia to Ukraine, began opening of the exhibition with a speech, in which she thanked the attendants for their attention to the initiative of the Australian diplomat. “Cultural events are an essential component of the activities of our Embassy and we are gladly sharing these pictures that decorate the walls of the library today for you to be able to learn about such interesting territories of Australia and Antarctica. It is one of the most interesting facets of the work of an Ambassador to be able to bring a piece of own state to the host country. For many Ukrainians Australia is a very distant world with parallel life, and Antarctica – even more so. Australia and Ukraine are connected to Antarctica by the fact that we have own research stations on that territory and, now that we’ve mentioned it, Ukrainian explorers headed for Vernadsky Research Base on January, 17 – and it is the largest Ukrainian expedition for the past 18 years”, the Ambassador stated.

It is worth mentioning that Australia and Antarctica are perceived by the European community as exotic lands, amazingly distant, seemingly on the edge of the world. The two continents are strikingly different from one another yet similar in size and the vast of space under the endless sky. The selection of photos demonstrates magnificence and contrasts of landscapes on these continents.

Antarctic photos feature Australian Antarctic Territory – Australia claims rights for over 42 per cent of the continent. Australian explorers like Douglas Mawson played an important role during so-called Heroic Age of exploration of the Antarctica. Many international stations hold important scientific researches in the part of Antarctica that pertains to external territories of Australia. And as far back as 200 million years ago, before the continental drift, Australia and Antarctica used to be single mainland.

Antarctica is amazingly beautiful, but in the middle of the continent it holds barren lifeless land. Photos of Australia, to the contrary, show live landscapes that can however seem distant and unearthly at the same time, much like white Antarctic desert. Though it wasn’t the subject of the exhibition, it is important to remind that Ukraine also has scientific presence in Antarctica – Vernadsky Research Base on Argentine Islands of West Antarctica.

The event was attended by the Ambassador of Indonesia to Ukraine, diplomats of the Embassy of Slovenia, head of the UN High Commissioner Mission for Refugees in Ukraine, representatives of the media and public figures.

Kangaroo island: Australia garden of Eden
Formidable waves rise up like soldiers on guard, then beat against the rocky coastline, lay down their arms and meekly retreating, crumble into a foam. Wind freely runs over lavender fields and eucalyptus groves hiding sleepy koalas in bushland. Twilight is ready to cover every living creature with a dark bucket, and the bustling nocturnal life spreads its wings. This is not a fictional world of fairy tales but everyday life of Kangaroo Island, a booming destination for wilderness and wildlife fans.