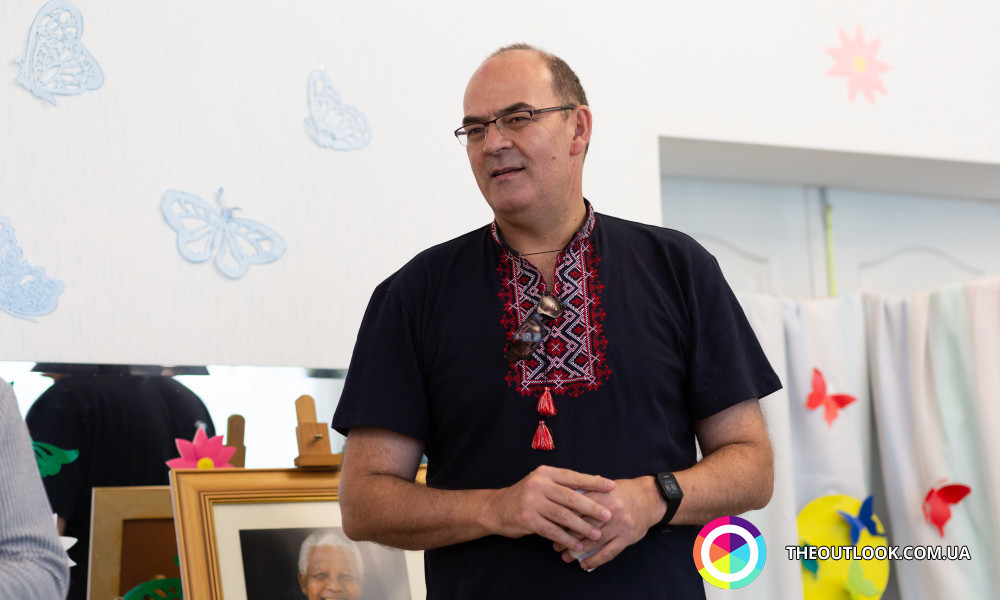 The Embassy of the Republic of South Africa headed by the newly appointed Ambassador Extraordinary and Plenipotentiary, Andre Johannes Groenewald, held a charity event in the Specialized regional Children’s Home of Boiarka.

The trip to the the Specialized regional Children’s Home of Boiarkais dedicated to the birthday of the leader, president of South Africa, one of the most famous activists in the struggle for human rights - Nelson Mandela. A future human rights defender was born on June 18, 1918, he became well-known for his indomitable position during the apartheid period, because of that he was imprisoned for 27 years. For his extraordinary activity in which a human and his rights were the greatest value, in 1993 Nelson Mandela became the winner of the Nobel Peace Prize.

In order to encourage children to respect one another from childhood, to tell them about the personality of Nelson Mandela and inspire people with his own life to follow a noble calling and their dream - a prosperous country of equal and free people, Ambassador André Johannes Gronewald has shown photo reports, a small film about the person who is important for both his country and the whole world. Mandela emphasized the importance of support, education and personal development of the new generation, and said that Education is the most powerful weapon which you can use to change the world.So, in his speech on the occasion of the International Day of Mandela, the Ambassador noted:

This day, since its introduction in 2009, inspires people to help change the world for the better, and thus build a global drive for good. In 2019, we celebrate the 10th anniversary of Nelson Mandela's International Day and to honour this important event of the same name fund launched a new strategy called "Mandela Day: New Stage." In the coming years, the Embassy of the Republic of South Africa will contribute to achieving the main goals and objectives of this new strategy through alignment with key areas, and also will focus on attitude of our leader to life and people. He always appreciated the importance of doing for others that could help changing their lives for the better.

The Kyiv Oblast Children’s Home was established for the purpose of care, education, medical and social rehabilitation of orphan children, children left without parental care, children whose parents have no opportunity to raise their children due to health condition, unsatisfactory living condition, as well as children with physical and mental disabilities.

The main areas of work of the institution are:

- providing for physical and mental health;

- provision of qualified assistance in correcting difficulties in child development;

- development of creative abilities and interests of a child

- medical and social rehabilitation, formation of the skills necessary for training;

- disease prevention, health improvement work and catering, implementation of state policy in the field of education.

The Embassy has been repeatedly helping this institution. The diplomatic mission and its partners are trying to improve the conditions of children's stay and give attention to those who need it.

The OUTLOOK project joined the initiative by creating a photolocation, giving children fun, laughter and good emotions during the soap bubbles show. Our photographer captured the best moments of childhood joy in the photos, and we invite you to see them in our photo gallery.

The General Director of the OUTLOOK project, Daria Kariakina, believes that such initiatives are really essential not only as an expression of help but as an example for people to do useful things for others, which is the purpose of the International Day of Nelson Mandela approved by the UN, and it is great that such events take place under the auspices of the Embassy of South Africa.

The partners of the trip were also: Vulkan Air, Premier Palace Hotel, South African Airways GSA. The Embassy expresses its gratitude to all for the financial support and gifts provided.

If you also want to support to children staying in child care centre, or to improve living conditions of children, you can contact the management of the institution by email d.rebenka.boyarka@gmail.com. At this stage, the child care centre needs: diapers of 4-5 size, and children's hygiene products (shampoo, toilet paper, cream, soap, powders)

After all, as Nelson Mandela said Our children are our greatest treasure.