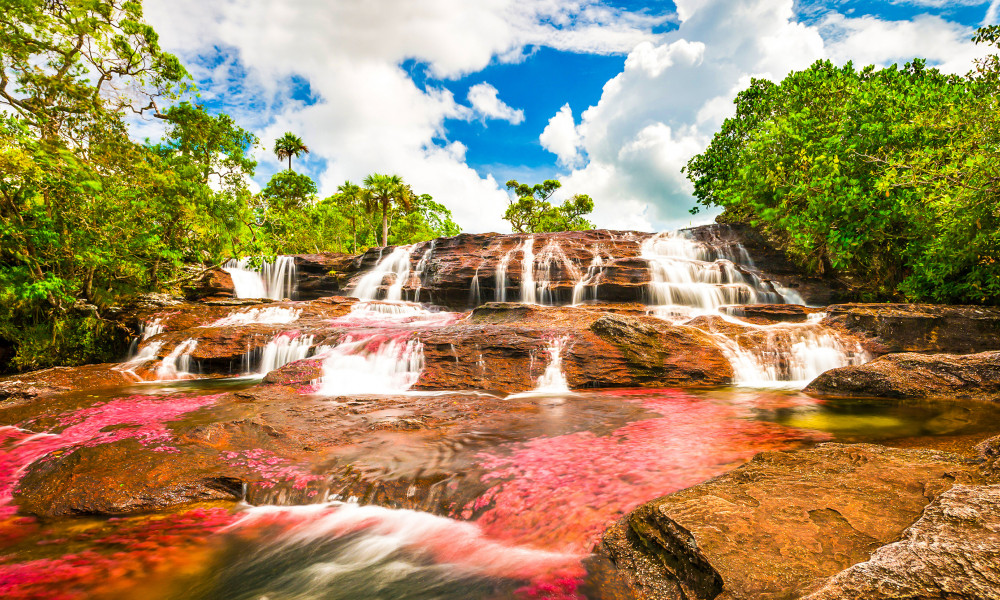 In the stereotypical perception of an average tourist all Latin America countries as like as two peas with their beaches, football, Spanish language and political instability. Of course, in reality, each of them is unique. Today we bring to your attention interesting facts about one of them, Colombia.

Due to its proximity to the equator, Colombia is referred to as the country of eternal summer. Hot tropical sun shines almost 365 days allowing to relax and host all kinds of festivals which are more numerous than anywhere else in the world. The state has access to the Atlantic Ocean via the Caribbean Sea and to the Pacific.

With regard to the records, in sphere of coffee production the country is second to Brazil only. Colombia is the world's leading source of about 90% of emeralds. Well, and of course, it is world-renown for cocaine: with unofficially counted annual 545 tons, it is ahead of the rest. Alas, local soil grows coke a minute by minute. Photo viahero.com

Drug barons are the richest people there. For instance, notorious drug lord Pablo Escobar whose fortune exceeds USD25 billion, spent at least USD2 500 a month to buy rubber bands that tie up the money bills. They say that when he was hiding from the police in the mountains, to keep warm somehow Escobar burned about 2 million...

Home bird and a symbol of this country is the Andean condor, which is considered the largest feathered species in the world with a wingspan of three meters. Home to 1 754 species of bird, Colombia has most diversity of birds in the world.

The capital of Colombia is Bogotá. After reforms and a global restart of urban transport system, it is considered one of the safest big cities in the world. According to such indicator as length and quality of bicycle paths, Bogotá is among the top three.

A local aperitif is a fruit salad. It is served before the main course, not for dessert as it is customary in most nations.

Nowadays over 70 languages and indigenous languages are spoken throughout the country by descendants of the Indians.

Thanks to its five-coloured water, Caño Cristales River is one of the wonders of the world. Such a riot of colours is created by the sand, seaweed and sky. Especially colourful it is between the rainy season and drought.

A city with an unusual name for this continent, Armenia, which is often dubbed the city of wonders, hosts annually amazing festival, the main action of which is crazy stunts performed on American Jeeps of World War II. For greater entertainment, the cars are filled up with all sorts of rubbish.

Colombia’s second city Medellin is known not only for its criminal showdowns of the past century, but also for its giant escalator. The mountainous terrain caused difficulties to residents of the most remote areas of the metropolis, so in 2011 for their convenience this 385-foot ladder was built. Thanks to the efforts of engineers, it is integrated into the public transport system. Project cost is USD6 million.

Yet, the scientific and technological progress is not everywhere in Colombia. Some mountain villages can not boast with huge escalators, but have another means of transport that is seats attached to a steel cable. Such a "cable car" comes down at a speed of 65 kilometres per hour, however, even teenagers are allowed to use it.

Tropics of Colombia is a habitat of a very dangerous insect Fulgora laternaria whose bite can be fatal. Due to the peculiar shape of its head, it is nick named the alligator bug. According to ancient Indian legend, if to have sex within 24 hours after bite, health will be all right, otherwise one can die. Today, in addition to the traditional ways, bitten ones are successfully treated with vaccines.