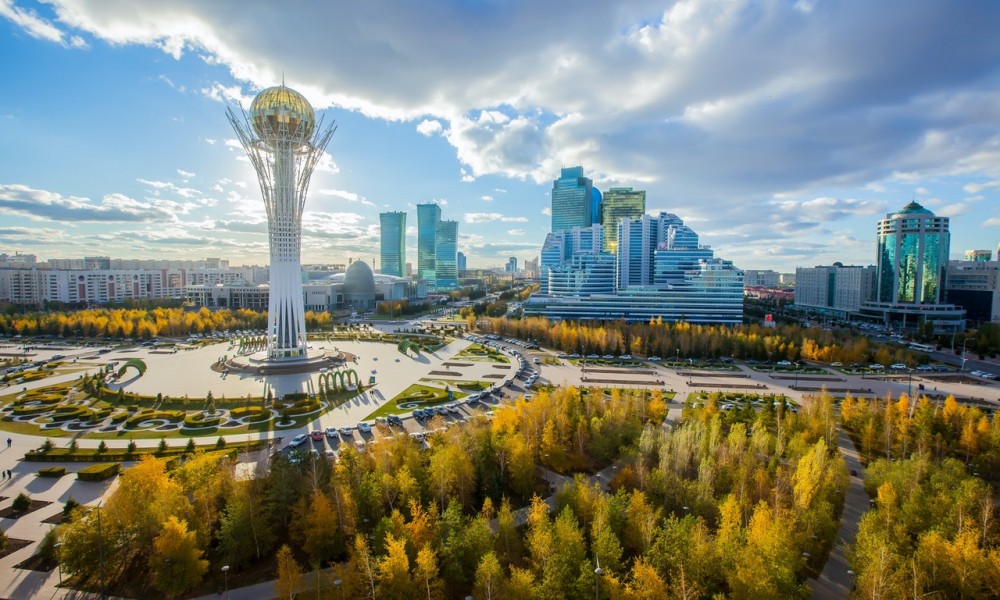 We all in the OUTLOOK are absolutely sure that each country is interesting in its own way, and the popular destinations are often famed due to competent presentation and good promotion. Today we would like to share with you interesting and curious facts about the wonderful and hospitable Kazakhstan, a state without cultural and historical heritage of which we cannot imagine neither Central Asia nor the whole Eurasia.

Located both in Europe and in Asia, Kazakhstan is the 9 th largest country in the world, having three time zones. At the same time, it is landlocked without access to the world ocean. Its territory is home to more than 120 nations and ethnic groups, and the total population is 17.5 million people. The name of the state is literally translated as "land of the Kazakhs".

Kazakhs have for centuries led a nomadic life, earning the reputation of decisive and courageous people who are always ready to hit the road. It is here, perhaps, for these purposes, ancient Kazakhs were the first people in the world to domesticate and ride horses. These animals are still in high esteem for the descendants of nomads. With regard to family ties, today they are very important: almost any Kazakh can easily name all of his ancestors to the seventh generation.

Steppes and deserts that make up a large part of the territory of Kazakhstan, are not only a symbol of this country, but also an important resource, because their deposits are very rich in minerals, without which it is simply impossible to be engaged in many areas of human life. Among them, for instance, is astronautic - the first and the world's largest spaceport Baikonur Cosmodrome was built exactly in Kazakhstan. The world’s first orbiting satellite and the first manned spaceflight with Yuri Gagarin took off into space from this place. The complex operates successfully today, making a significant contribution to the development of space by human, and the country is considered to be an industrial state, engaged in metallurgy, gas and uranium industry.
Photo agoda.com

Because of its steppe and desert climate, the Kazakhs have to withstand all the vagaries of weather. Not in any other country may be temperature gradients, such as here. Summer +45, replaced by winter -50 - is the usual thing for the local inhabitants.

At the same time, Kazakhstan is the northernmost point on the planet, where the pink flamingos fly. These beautiful birds have chosen the famous Korgalzhyn State Nature Reserve, listed by UNESCO. Other rare animals which can be found here are wild horses and camels. Another natural pride of the local is the second in size worldwide perennial Lake Balkhash. Scientists are still unable to solve its main phenomenon: how one part of the water contains salty water, the other is made up of fresh water?

In 1977, in one of the Kazakh zoo an incident occurred, which forever entered the history of observations of the animals, as one elephant with a proud name of Batyr, which translates from Kazakh as a "hero", to the surprise of all people, started speaking, uttering articulate sounds, imitating people, dogs and his neighbours in the zoo. After this incident, the animal was subjected to scrutiny by the world scientific community. Made in these days audio-visual recording is still impressive, because the elephant clearly violates many of the laws of science, mimicking human speech. Lake Balkhash. Photo worldofroads.com

The Kazakhs are fond of tea, consuming an average of about 1.2 kg of this drink per person per year. Especially popular is shir chay - this national kind of tea can help those thirsty and hungry. It was invented by nomads, brewed from milk, flour, and even fat-tailed bacon to feed themselves during long journeys.