Youtube
Статьи  >  Visit  >  Not only the tropics and the emerald sea. 10 amazing facts about Malaysia

Not only the tropics and the emerald sea. 10 amazing facts about Malaysia 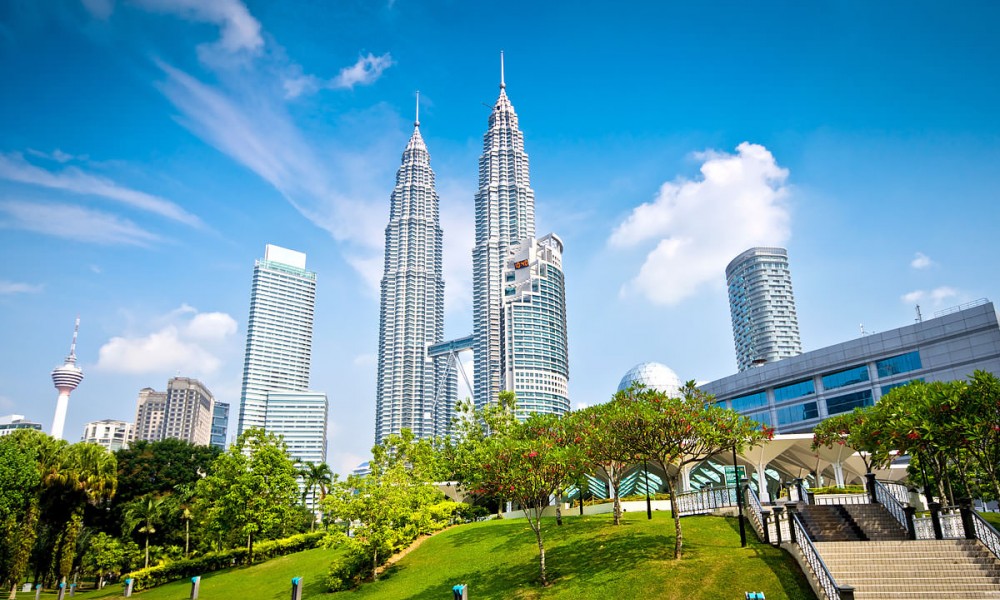 More and more tourists from all over the world are discovering Malaysia which combines both Asian intact nature and urbanized million-plus cities. OUTLOOK would like to share interesting aspects of this state that are sure to make your trip even more enjoyable.

The country is interesting not only for its climate and for oriental flavour, but for state system since local constitutional monarchy is very specific. Crown is not inherited, instead the King is elected for a five-year term, and applicants may be only sultans ruling states and territories. However, the position of the King in nominal to a large extent, the real power is concentrated in the hands of the Prime Minister


A population of the country is 25-27 million, and immigrants constitute half of that number. Indigenous people are very friendly and tolerant, eventually, Malay, Indian and Chinese cultures are closely intertwined in Malaysia, so inhabitants got accustomed to foreigners long ago. The main religion is Islam; the most popular language is English. Therefore, the local towns are a great example of peaceful globalization and cosmopolitanism. Photo tripsavvy.com

The higher education system is based on the credit system: student studies for free, but then for several years gives a percentage of his salary to the state.

Looking at photos of the capital Kuala Lumpur or other metropolises, it might seem that there is a solid industrial landscape with a lot of "glass", and no space for wildlife. But in fact, more than half of the country's territory is covered by forests, national parks and reserves, which are home to such amazing animals and plants that it would astound you. As evidence, there live binturongs, a cross-breed of bears and cats that climb "walking trees". The roots of these jungle grown giants are in constant search of water, so trees are constantly moving a few meters.

The small town of Kuala Selangor is famous for its fireflies park. It is in the spot there for more than twenty years one can personally observe the real miracle in company of both travellers and scientists from around the world. At nightfall, everything turns into a fairy tale. Photo au.trip.com

The island of Borneo has the largest cave in the world known now. The dimensions of the Sarawak Chamber are striking: it is 600 meters long, 415 meters wide and 100 meters high. Hypothetically, it could easily accommodate about 50 planes.

In addition, Malaysia is rich in other records. Its reserves are home to ten-kilo-heavy Rafflesia flower, which diameter exceeds a meter. This miracle is impossible to miss not only due to its size, but "thanks" to a specific aroma spreading throughout its neighbourhood. In addition, jungle is inhabited by king cobras, which are more than five meters long. Photo journeysinternational.com

Due to strong Chinese influence, even indigenous Malays are afraid of figure "4", which is believed by the Chinese to bring misfortune. Therefore, almost all buildings are deprived of the fourth floor. Number 3A usually follows the third one. Well, since most buildings are very high, you should not be surprising by numbering 13A, 23A, and so on.

Read also: What do they eat: Malaysia

What else is important in terms of superstition, is that when being on a visit, whatever happens do not refuse a huge amount of food that hosts are sure to pack and offer to take away. If you do not take it, something bad will happen to you on your way. Photo wanderlustmovement.org

Shops and stores are full of domestic spirits, but the Malaysians often either not drink them or prefer beer. As for drugs, they are treated very severely: if a person is convicted in storage, distribution, and even in the use of illicit substances, in most cases it ends with death penalty or prison terms from 30 years.

Formula 1 race is so popular, that after country spaces have opened for official Grand Prix, many high schools introduced a special subject "Design and development of a Formula 1 car."

Tourists need to know that entering a temple or other places of worship, everyone must take off shoes.