What do they eat: Azerbaijan 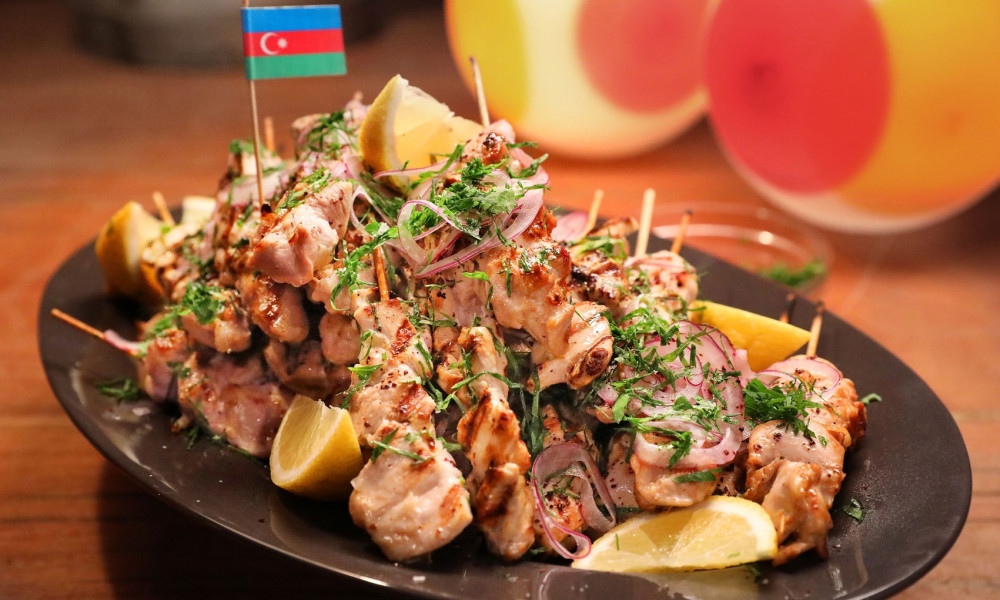 In our today’s column dedicated to culinary traditions of different countries – Her Majesty Food of Azerbaijan. You know why treat it only with such respect if you have already been and eaten there. If you haven’t – read OUTLOOK

Gastro critics from all over the planet, though ready to argue about gustatory qualities of this or that cuisine especially while tasting it soundly, are on the same page when it comes to food from Azerbaijan: these dishes are one of the oldest and tastiest on Earth. Thank to geographical singularities Azerbaijani culture is a blend of Caucasian countries traditions and those of Eastern states, Iran in particular. It all got reflected in both way of life of local citizens and their nutrition culture.

Upon having spent certain time on it, one can estimate that Azerbaijani cuisine accounts for at least two thousand self-sufficient dishes. In very few places they can compete with such an indicator, because any item, whether it be soup or meat, but lamb meat more often than not. Therefore they treat food with unconcealed respect in Azerbaijan and even say “food came” instead of “came to eat”. Feast there is probably one of the best events that can happen in a life of a foreigner. It can last for over 24 hours. And we don’t talk a holiday or wedding – we talk mere “having a snack”. That’s how they do it: sit, eat meal, drink tea and talk. For an hour, or two, or three, or entire night, next morning and so on… All this time you’ll be treated with dishes various in terms of gustatory qualities. Major ones are pilaf, lamb meat, qutabs (local meat buns) and soups. Distinctive of Azerbaijani cuisine is combination of meat not with vegetables but fruits. It is this that differs their shashlik from, say, Georgian or Armenian one. And Eastern influence added another important aspect – use of spicery that food is generously strewed with. Most popular are fennel, basil, saffron and coriander. But they still don’t forget vegetables grown in environment-friendly conditions.

As to sequence of serving dishes, everything normally starts with an innocent question: “Would you like some tea?” Snacks are served to it at once: cheese and pickled products. It is followed by rich lamb shashlik or balmy pilaf with vegetables, or delicate dolma, however, in 90% of cases they’ll serve everything together. After main dishes soup will be brought – either legendary piti that is served in a crock and is made of chickpeas, mutton, cherry plum, potatoes and pepper or dovga – yoghurt soup with meatballs and herbs. All in all there are over 30 soups in culinary tradition of Azerbaijan. And the habit of eating them after main repast is many thousand years old – it is believed to be digested better this way. 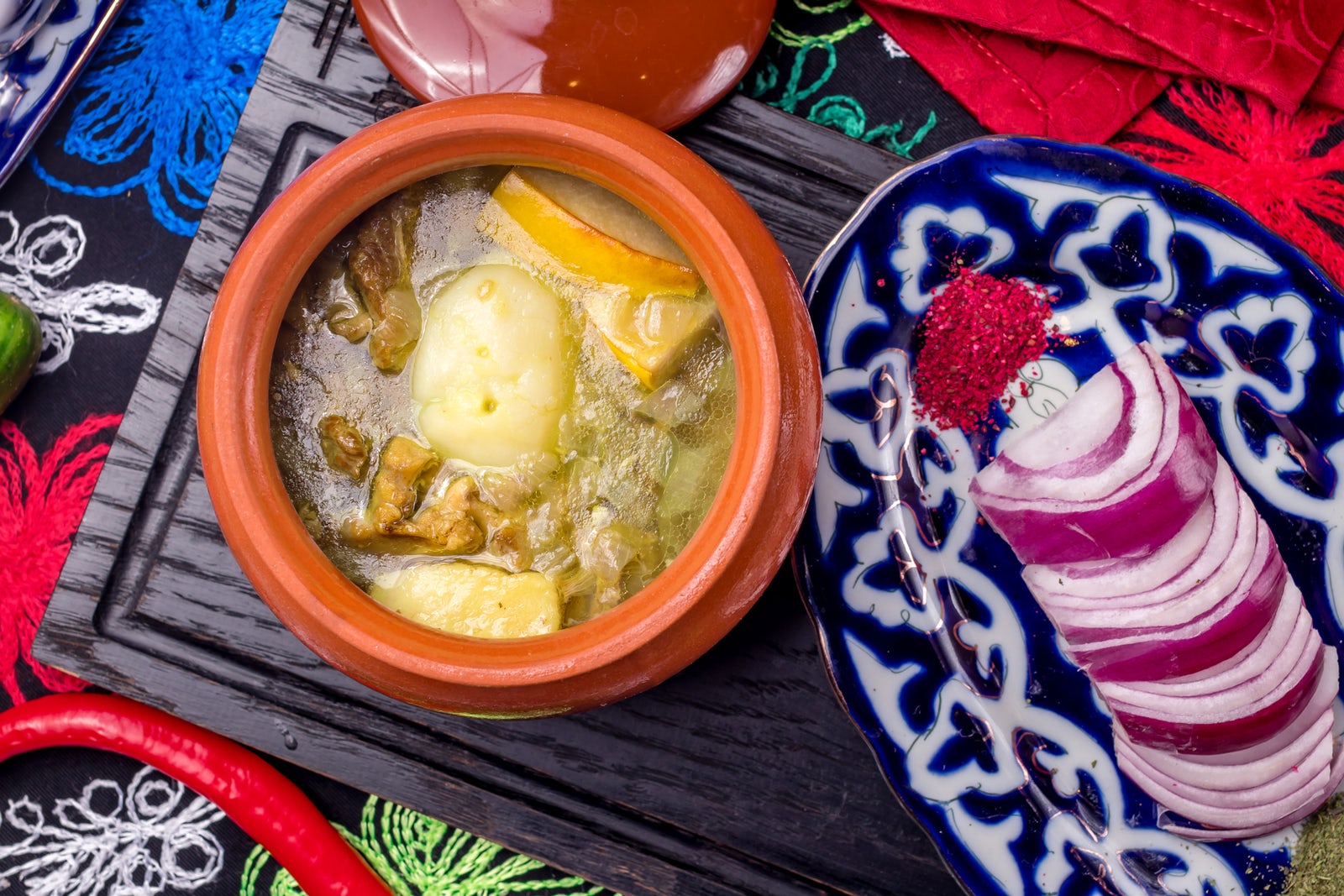 After soup tea pots are brought in again together with special pear-shaped glasses – armudu – and when it seems that there is room for nothing else inside, an hour of deserts begins and it is impossible to refuse those, too. Hard sharbat, bakery, Bakuvian qurabiya, Sheki baklava, dried fruits, nuts, syrups and jams –one almost literally gets carried away with all of these, but it is impossible to stop. And, again, everything goes with hearty talks and against the background of amazing nature. And then… then it starts all over again: starters, main dish – this time baked lamb with eggplants and tomatoes or fried sturgeon, another plate of dovga “for digestion” and you either blow up like a balloon or keep eating.

Nowadays number of tourists who come to Azerbaijan increases every year. This country is interesting for its ecosystem that has no peers in entire world and ancient cities. And local cuisine is equally important, for it alone makes it worth taking a trip to the country because talking about such cuisine is unrewarding – it needs to be tried. So if you come across a prospect or an offer of a gastro trip to Azerbaijan – trust us, they know what they are talking about in that prospect and you should go for it without a doubt. At least to be “offered some tea”.

What do they eat: Armenia
Gastro-tourism is the most important part of any trip to the Caucasus, as food for local people is culture and national code, the same significant as architecture, mentality and folk art. Today it is turn for Armenia to enrich our section dedicated to the cuisines of the world;here are some authentic Armenian foods you cannot afford to miss.