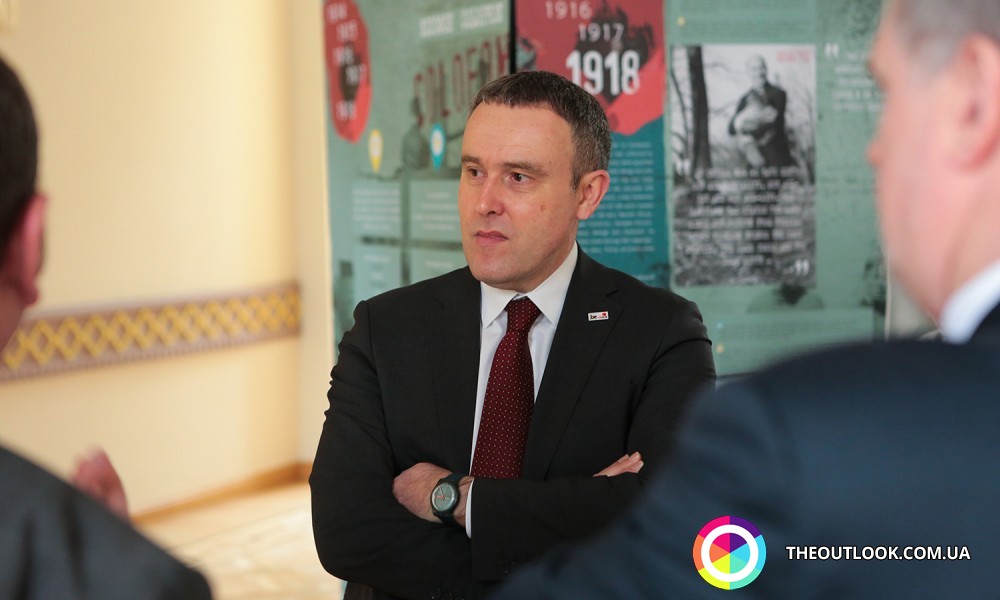 Embassy of Belgium in Ukraine and Diplomatic Academy of Ukraine orchestrated and held a conference “Marcel Thiry, Belgian Armored Motor Squadron in Ukraine and Perception of World War I in Ukraine and Belgium” dedicated to hundred’s anniversary of arrival of a Belgian writer Marcel Thiry and Belgian armored motor squadron.

The event was attended by writers, historians and literature experts. Main goal of the conference was to once again emphasize reciprocal influence of our two countries and literature heritage of each one on the one hand, and on the other – to honor memory of World War I in Ukraine and Belgium based on an around-the-world Odyssey of the Belgian armored motor squadron.

Program of the event, alongside everything else, included an exhibition Belgian Armored Motor Squadron in Ukraine (at St. Michael’s Golden-Doomed Monastery) and World War I in Broad Lines (at National War and History Museum of Ukraine, Kyiv) that are open till March 31, 2016.

In the course of the conference new edition of Marcel Thiry’s Passage à Kiev translated into Ukrainian was presented to the public. This novel, dedicated to blockade of Kyiv by Bolshevik’s army in 1917-1918 will captivate modern Ukrainian readers with its description of life of ordinary Ukrainians in that tragic period as well as with every character of the novel who represent own view of the revolution and conflict between Ukraine and Russia.

Also, within the framework of the conference sculptor Konstyantyn Skrytutskyi presented a memorial of Marcel Thiry that was opened on February 11, 2016 on the wall of St. Michael’s Golden-Doomed Monastery where Thiry spend winter of 1917-1918 in barracks.

The conference included other culture events: avant-premiere of Belgian Soldiers in Galicia, movie by Francoise Lamperer took place. For the first time in Ukraine short animation film Tank by Belgian director Raoul Servais was demonstrated. This film, inspired by Pierre Jean Jouve’s poem, shows us painful experience of the both sides during deployment of first tank troops.

To see how the event went, please, visit our gallery.