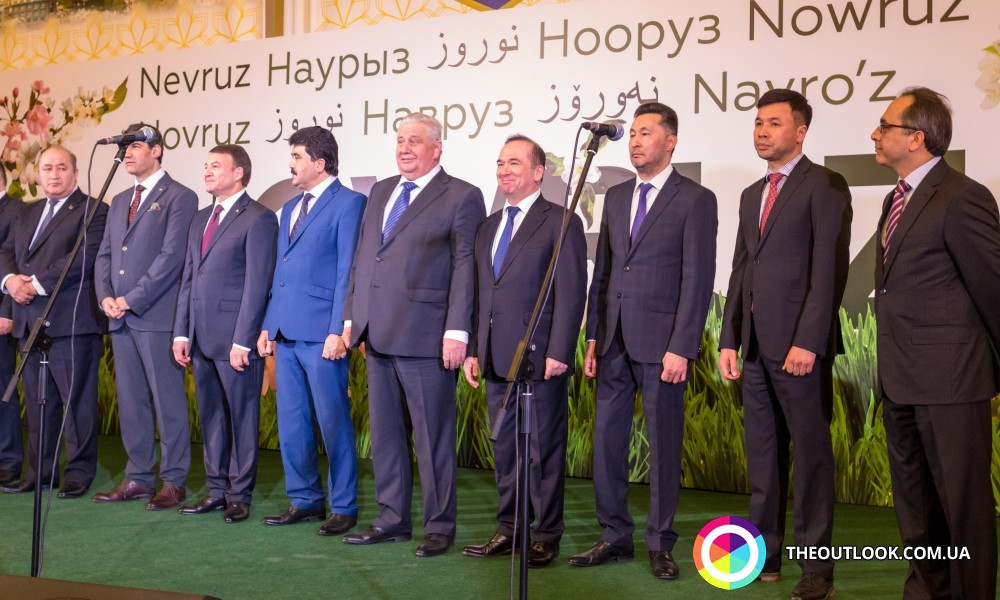 On March 18, 2016 at Pillared Hall of Kyiv City State Administration celebration of international NOWRUZ holiday took place. In 2010 on 64th Session of the UN General Assembly the International Day of Nowruz Resolution was adopted.

Nowruz Bairam is “the new day” that is celebrated on March 21 on the day of vernal equinox, it symbolizes time of vivification and renewal of nature, red-letter day for reconciliation and purification, festival of wisdom that calls us to solidarity, unity, tolerance and forgiveness; high day of expectations and hopes for peace among people, rich harvest, love and accord, health and happiness!

On March 19, 2010 on the 64th session of the UN General Assembly the International Day of Nowruz Resolution was adopted. According to the Resolution the General Assembly “Encourages Member States to make efforts to raise awareness about Nowruz and to organize annual events in commemoration of this festivity, as appropriate”. Dean of the diplomatic corps, Ambassador of Belarus to Ukraine Valentin Velichko, delivered salutary speech. On behalf of co-organizing countries salutary word was delivered by Ambassador of Turkmenistan to Ukraine Nurberdi Amanmyradov, he was joined by heads of foreign missions of Afghanistan, Azerbaijan, Iraq, Kazakhstan, Kyrgyzstan, Tajikistan, Turkey and Uzbekistan. In nine different languages of their native countries diplomats congratulated guests on the spring fest and emphasized how important holding of such events is! Alongside artistic program guests were able to get acquainted with culture and authenticity of countries-orchestrators of NOWRUZ in Ukraine through topical display stand arranged by representatives of Embassies. Household items, folk art works, national clothes elements, accessories and many other things were exhibited on decorated locations. In their areas orchestrators of the event treated guests with national cuisine dishes of their countries. Visitors had an opportunity to try various kinds of pilaf, Eastern delights, drinks, dried fruits and other tasty traditional food.