Youtube
Статьи  >  Know  >  The artist Jamal Badwan has been awarded with the medal of culture, science and art of the President of Palestine

The artist Jamal Badwan has been awarded with the medal of culture, science and art of the President of Palestine 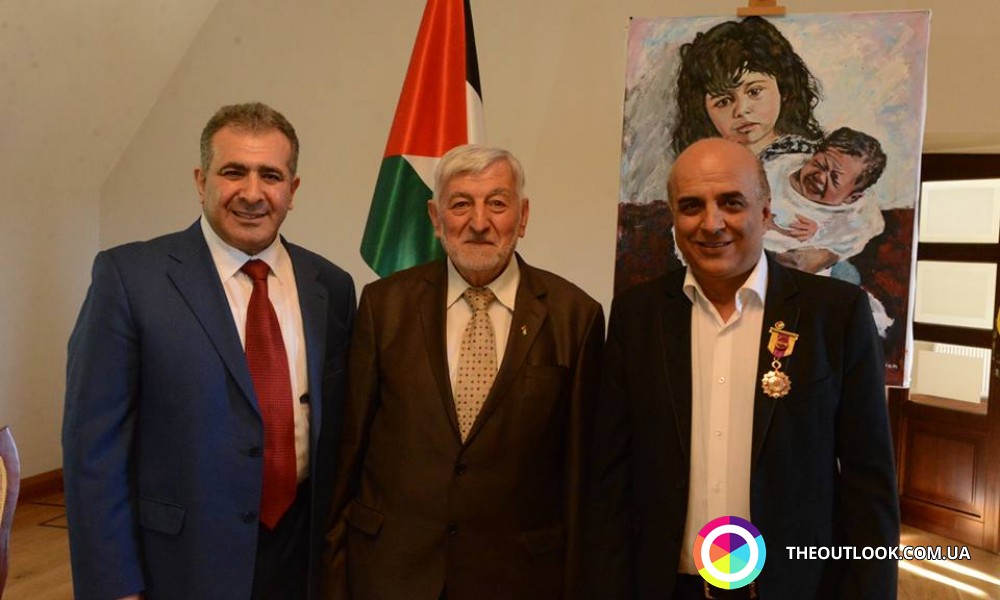 In State architectural historical conservation Saint Sophia Cathedral there was a ceremony of official awarding of Palestinian artist Jamal Badwan with the medal of culture, science and art of the President of Palestine Mahmoud Abbas.

This high award was presented to the famous artist by the Ambassador Extraordinary and Plenipotentiary of Palestine to Ukraine Mr Mohammed Al Assad in the presence of the representatives of diplomatic office, famous Ukrainian and foreign politicians and journalists.

For more than twenty years Jamal Badwan, due to external factors has been living and writing his pictures in Ukraine. He considers Ukraine as his second motherland. This medal became the recognition of the creative merits of the artist whose pictures stand for them. His nationals are depicted there, particularly, people of the highest will power and patience.