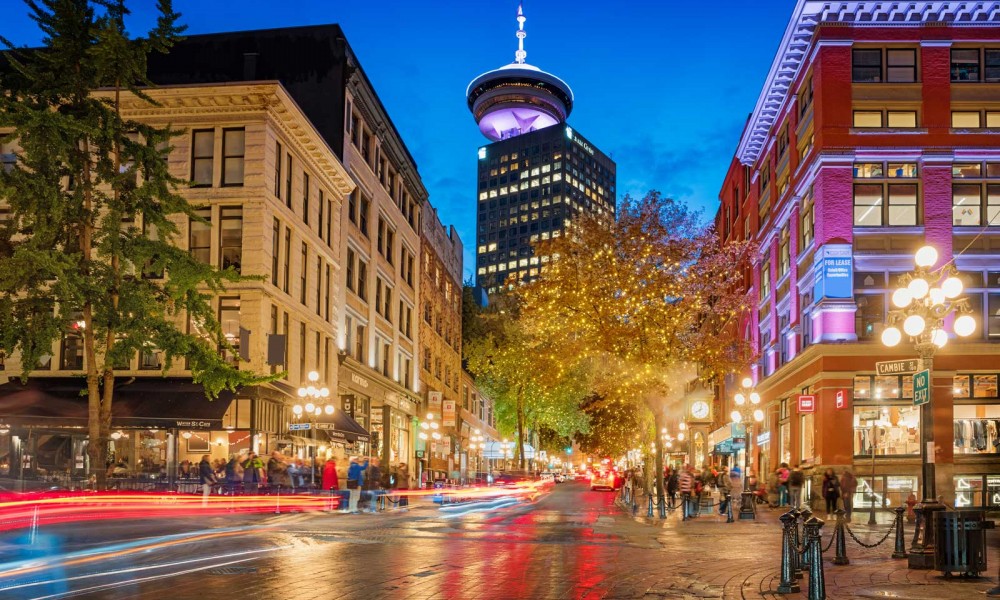 They say the main attraction of Canada is its nature. But the nature is not quite an achievement of the nation, but objects constructed, erected and built by country inhabitants, reflect the national mentality. Therefore, we would like to tell about the best urban areas of Canada.

The CN Tower: walking around the circumference of the roof

The concrete communications and observation tower is a symbol of Toronto, and Canada, as letters CN in its name stand for Canada's National. The height of the tower is 553 meters. This is twice higher than the Eiffel Tower. Until 2007, CN was the tallest building in the world, until the Dubai Tower. And in case of need, it can be a refuge from natural disasters for Canadians. It will withstand an earthquake of 8.5 points. As well as wind gusts of 420 km/h.

CN Tower was built in 1975 for the implementation of telecommunication functions. Today it is one of the most popular tourist destinations in the world. Each year, the tower attracts over 2 million people.Photo nationaltrustcanada.ca

Initially, when you set your foot on the territory of the CN, it might be a novelty for you to ride on the elevator, which travels at a speed of 22 km/h. It should take you to the stunning restaurant at a height of 351 meters. There is wonderful view of the city and even the hills far from Toronto.

Also the Tower offers an amazing entertainment EdgeWalk. It has adventure lovers taking an extravagant and extreme walk outside – around the circumference of the roof!

To meet a spider is for luck

There is a sign: if a spider is crawling on you, it will bring you great happiness. In addition, people say you should not kill spiders as it brings misfortune. Canadians seem to believe in such superstitions. After all, in the central square of the capital directly in front of the National Gallery, there is a huge and proud monument of spider.

It is noteworthy that the monument is not fenced and deprived of any pedestals. It gives effect of natural stay of the spider on the square, as if she just went out for a walk. In the late 90s the monument became a sensation in the art world. The authorities in Ottawa payed 3 million dollars to the author of this construction. Since then its replicas have been constructed in different countries.Photo cutprintfilm.com

The author of one of the most extraordinary monuments in the world is Louise Bourgeois. She gave her bronze sculpture of 10 meters high an affectionate name of Maman. So, the extravagant sculptor filled its sac with white marble eggs. Moreover, according to the author, it alludes to Bourgeois' mother, as embodiment of maternity. A comparison with this insect is not accidental.

Louise says that spiders are a symbol of friendship in relation to the outside world on the one hand, but at the same time, they show an anxious care of their children and the home. This sculpture was the last in the works of Madame Bourgeois, which was related to the theme of nature.

Calgary is the third most populous city in Canada (just over a million inhabitants). One of the most interesting buildings in this metropolis is the Plus 15. This is some kind of system of ground crossings that connects the buildings in the city centre. They are also metaphorically called celestial paths. Calgary skyway network is the largest in the world, today it consists of 59 bridges. Their total length is 16 kilometres.

The skywalks are approximately 15 feet (approximately 4.6 metres) above street level. Originally the walkway system was created with a functional purpose, but eventually became a highlight of the metropolis. +15 was designed by architect Harold Hanen in the 60s of the last century.

Glazed and heated enclosed bridges are very convenient for exploring the city from above in bad weather. They allow to move comfortably around the centre of Calgary, even if it is filled up with snow or rain is coming down in torrents.

How to find +15? Skyway network connects almost all the buildings in the centre of Calgary, the so-called downtown.

Our art is born on the streets

The contemporary art museum in Montreal is one of the largest museums in Canada. Its permanent exhibitions are mainly devoted to the work of the best local artists. But this does not prevent it from being famous all over the world.Photo macm.org

The museum was founded in 1964. In accordance with the trends of contemporary art, its exhibits are not just paintings and sculptures, but also installations, photos, experimental movies. The museum represents artists all over the world arranging temporary solo exhibitions and performances.

Everything in this area is reminiscent of the brilliant royal past. Narrow streets, hidden passages generating a lot of alleys, veiled courtyards with fine restaurants and stores...

It is Gastown! The legendary area of Vancouver, the third largest city in Canada. Gastown is the oldest part of the city, it focuses its history. It is the heart of Vancouver in the literal and figurative sense, of course, it is in the centre. It is interesting and valuable due to the fact that it was able to preserve its original appearance and architecture.Photo tripadvisor.com

Surprisingly, this charming district is named after its first average resident Jack Deighton, owner of Globe saloon. He was too talkative, so was nicknamed Gassy. They say that Jack turned any conversation into an extensive monologue, no worrying about whether he was listened to. Statue of "Gassy" Jack was installed in the Maple Tree Square.

Other landmarks of Gastown are:

The steam-powered clock. Every 15 minutes, the clock is producing a cloud of steam under the joyful melodies. Address: corner of Cambie and Water Street.

Hotel Europe, that is the first building in Vancouver, built early last century. Alas, now you cannot stay there as it does not accept guests.

Extravagant entertainment is Police Museum with the morgue, autopsy, and so on.Photo convergence.malaysiaairports.com.my

Canada is a relatively young country. The largest cities are hardly older than a few hundred years. But it turns out, it is rich in fascinating places, no less attractive than the European ones. After all, its people have been able to pass a difficult historical path from the colony to the independent country. At the same time, Canadians anxiously kept their culture, cultivating and respecting it.

Maple Syrup. What is it and how to eat it?
Alongside fast food, cola and corn flakes with milk, another product that is obsessively mentioned in almost every American movie is maple syrup. Pancakes, flapjacks, muffins and toasts are ‘dressed’ with it as well as by and large everything that is made of flour. It appeared on shelves of European supermarkets very recently to promptly bewilder customers eager to try formerly inaccessible dishes with honey-and-woody taste that they didn’t know how to cook.

The competitions on hockey and street of Francophonie. The ambassador told journalists about the month of Canada to Ukraine
On the occasion of 150-th anniversary of Canada the Embassy of Canada to Ukraine and Ukrainian team of Games of Unconquerable made press breakfast for mass media with Ambassador Extraordinary and Plenipotentiary Roman Vaschuk…

The Embassy of Canada in Ukraine took part in the festival ‘Francophonie Days in Ukraine’
The Ambassador of Canada to Ukraine Roman Vashuk participated in the event that calls for recognition of French-speaking culture and French language of communication, democratic values, human rights and support of cultural diversity.