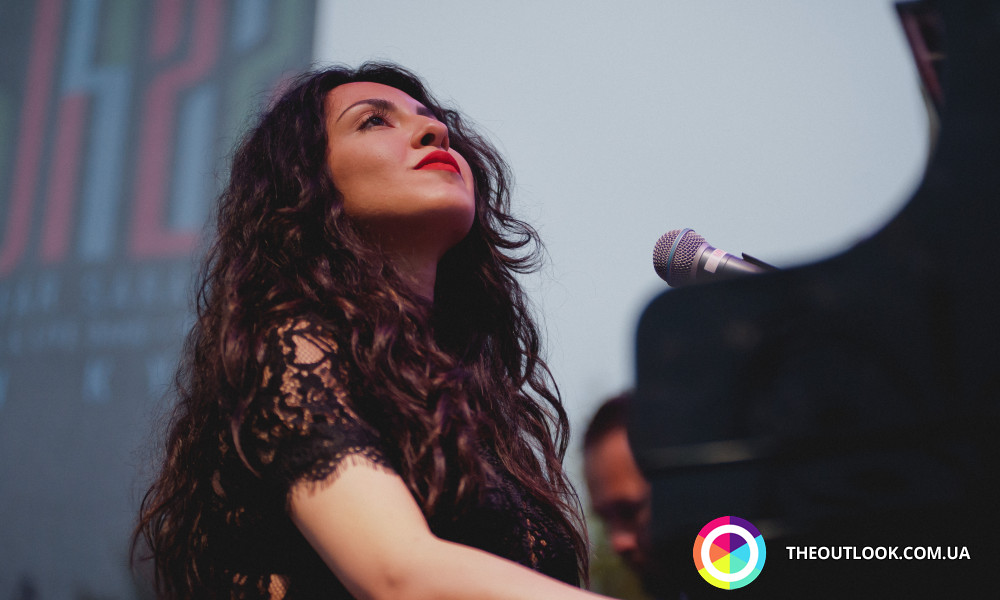 In Kyiv under the support of Azerbaijan and Union of Azerbaijan youth of Ukraine the concert of Jazz music BAKU JAZZ in Kyiv was going. The musical evening organized outdoors in one of the most beautiful corners of our capital – Haidar Aliev Square became the gift from the organizers to Kyiv citizens and guests of the city.

Starting the concert, the Ambassador Extraordinary and Plenipotentiary of Azerbaijan to Ukraine Azer Hudiev remarked that the stated event is to become a good annual tradition and Ukrainians are able to get familiar with Azerbaijan music closer. ‘Beginning from the next year, we are planning to make the festival several days longer, so, we hope that not only Azerbaijan performers will join our initiative but also the musicians from other countries making the festival international’, emphasized the Ambassador.

Greeting the guests, the head of Union of Azerbaijan youth of Ukraine Ilgama Allahverdieva gratified the Embassy and personally Mr Ambassador for the help in organization of the event. ‘Today my dream is fulfilling that there is Baku jazz in my favorite city! I hope so much that today evening will become unforgettable for you. We have put a lot of efforts to do that’, said Mrs Allahverdieva.

The guests of BAKU JAZZ in KYIV received an opportunity to get familiar with the leading Jazz musicians and vocalists of Azerbaijan.

The evening started with the performance of Ukrainian band Marinita who represented Azerbaijan ethnic jazz. Percussionist Orhan Agabeili and piano player as well as vocalist Marina Zaharova immersed the guests of the concert into the musical atmosphere combining jazz with Azerbaijan folk traditions.

Afterwards, Jazz piano player came on the stage, the composer and singer AISEL (Aisel Mammadova), the participator of international ‘Jazz festival in Montreux’ 2012.