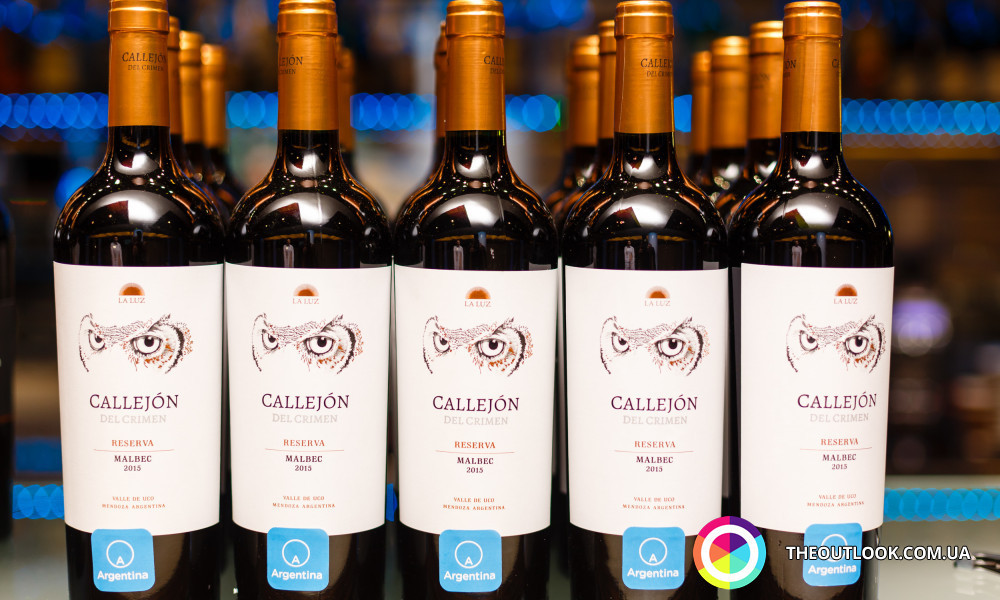 On April 24, the official celebration of Malbec World Day, the most famous Argentine wine, was held in Kyiv. On its ninth anniversary, Malbec Day was celebrated under the motto: "Elegance does not require perfection".

This year's event was initiated by "Wines of Argentina" with the support of the Embassy of the Argentine Republic to Ukraine. The celebration took place for four days and seven events were held in the framework of the holiday in cooperation with Ukrainian importers of Argentinean wines and restaurants. The Ambassador Extraordinary and Plenipotentiary of the Argentine Republic Elena Leticia Mikulinski, as well as representatives of local authorities, businessmen, importers, sommeliers and representatives of the press attended the event to plunge into the world of Argentine fine wines and enjoy the atmosphere. Guests had the opportunity to taste rare wines, but also they were given a chance to listen to the master-class of the famous Argentine sommelier - Mr. Emiliano Stratico.

Mr. Stratico, a graduate and lecturer at the prestigious London School of Wine and Spirit Education Trust, director of the Les Grands Chais Monegasques wine cellar in Monaco, completes his training and will shortly receive the Master of Wine Diploma at the Institute of Masters of Wine in the United Kingdom. His qualification in the wine industry today is considered as one of the highest standards of professional knowledge and degrees of excellence. Emiliano Stratico offered exclusive master classes for tasting Argentinean Malbec variety wines and also gave guests some pieces of advice on the harmonious combination of wines.

Malbec is a unique vine, the home of which is France, and it was brought to Argentina by the Frenchman Michel Eme Pudge, an agronomist who was invited by the President of the Argentine Republic, Domingo Faustino Sarmiento, to head the agronomic industry. Malbec's first landings were in the central region, Mentoz province. Now Malbec is the most common grape variety in Argentina and is grown on 41301 hectares, starting from the cool southern regions and gradually climbing up to the warmer regions of the country.

The first World Malbec Day was held on April 17, 2011. Since then, it has become a historic event, a holiday that promotes the spread of exquisite wine in the world. Today, no one doubts that Argentina is an indisputable synonym to Malbec, but it is in turn a calling card of the country. Malbec's wine is a creature of art because it reflects the soul of an Argentine, creates a secret atmosphere that strengthens ties, gives warmth and confidence. You can say with certainty that this is not just a national holiday, every year Malbec is gaining popularity and international significance. Today Malbec production is growing day by day, and new wines and winemaking enterprises are constantly evolving. Undoubtedly, Malbec has become a leader in the volume, precisely the wine that skillfully manifests the balance of the unique textures of a variety of flavors in a particularly multifaceted mix of colors, tastes and structures. That is how the true identity of the wine manifests itself, and here elegance finds itself.