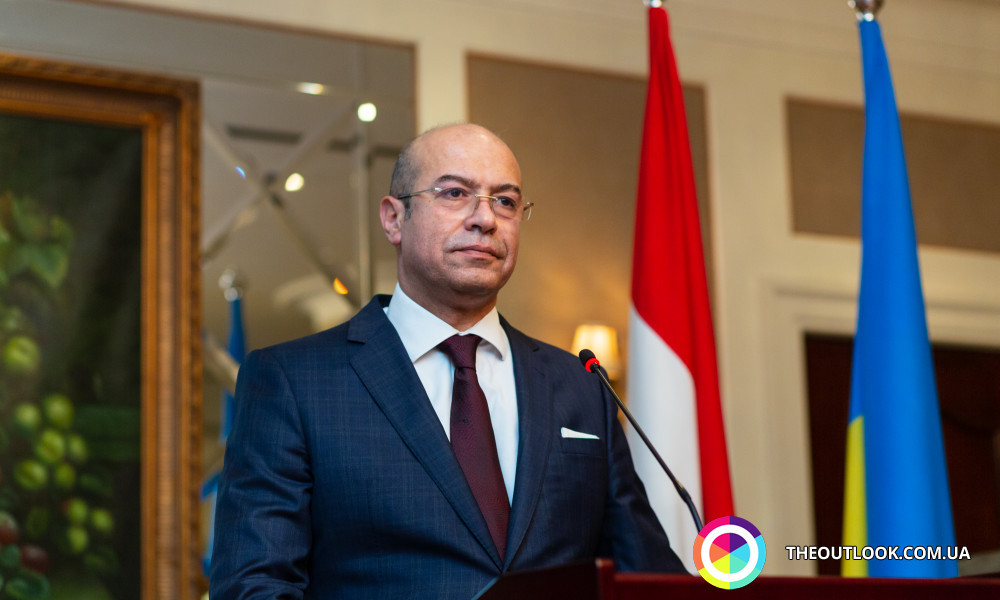 Ambassador Extraordinary and Plenipotentiary of Egypt to Ukraine Hossam Eldin Mohamed Ahmed Ali on July 11 met the guests on the occasion of the national holiday. Representatives of the foreign diplomatic corps in Ukraine, members of the Government, heads of non-governmental organizations and embassy partners came to greet Egypt.

In his welcoming speech the Ambassador Extraordinary and Plenipotentiary of Egypt to Ukraine Hossam Eldin Mohamed Ahmed Ali said: "First of all, I have the great honor to thank you sincerely that you are with us this evening. appeal to you on behalf of His Highness, President Abdel-Fattah Khalil el-Sisi, and I want to say how much we appreciate the friendship that connects our people.

Today we mark the anniversary of the revolution of July 23, 1952. This revolution is not the only example when the Egyptian people were supported by the armed forces to fulfill their will and outline their future. Our histories testify to the many cases of similar alliance between the people and the armed forces allowed them to satisfy their aspirations and preserve the identity of the nation. The same happens nowadays, when our armed forces cooperate with the people to modernize our nation. There is a huge economic and developmental revolution based on the events of July 1952. Serious long-term economic reforms are the pitch of their success, a large and ambitious infrastructure is built up which includes thousands of kilometers of new roads, many large new cities, including the modern administrative capital of unprecedented magnitude and efficiency, mega projects that are developing in our territories, mass cultural minarets, such as the Grand Egyptian Museum andthe National Museum of Egyptian Civilization, free economic zones on the Suez Canal and it is not the end. This economic and developmental revolution continues to shape the features of a prosperous future for the country.

Although the problems still exist, our determination to defeat them is growing, our declared war to terrorism testifies our strong rejection of anarchism and radicalism, as well as our equally strong commitment to defending our identity as a country of peace, tolerance and coexistence".

"It is very horourable to be with you today and to represent the Office of the President of Ukraine at this solemn meeting, the solemn acceptance on the occasion of an important date - the 57th anniversary of the Revolution of July 23, 1952. The anniversary of the Revolution is indeed the day when the past and future of a great country converge. Egypt today is indeed a partner for Ukraine in many aspects. It is not only a Ukraine's largest trading partner on the African continent and the Middle East region, but equally important, it is also an authoritative political partner for Ukraine which we can count on in the international arena.

Over the past few years, we have deployed our cooperation in virtually the whole spectrum of our relationships. Less than a year ago, we held several important meetings at the political level, starting with the visit of the Minister for Foreign Affairs in April last year to Egypt. It was a visit that brought many important results. After that: in November, we had the honor to hold a joint meeting of the Intergovernmental Joint Economic Commission in Ukraine, which also marked a significant outcome. In December, we welcomed the delegation of the House of Representatives in Egypt. Well, the culmination of our political relationship was the meeting of two presidents in February this year during the Munich Security Conference".