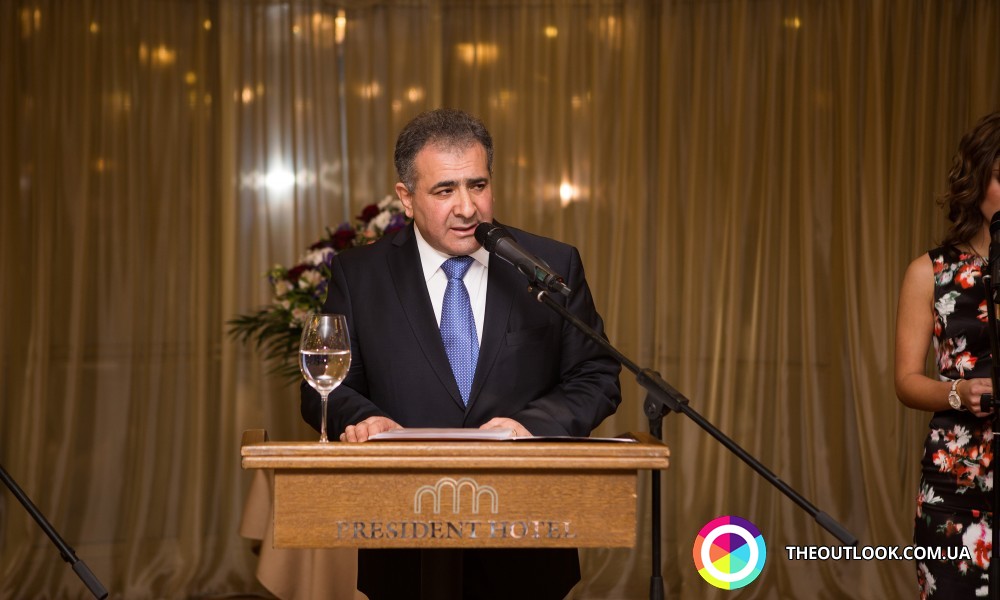 On Thursday, on the 4-th of December, in Kiev the diplomatic reception has been held in honour of International day of solidarity with Palestinian nation.

The entertainment has been organized by the embassy of Palestine to Ukraine. The event has been attended by Extraordinary and Plenipotentiary Ambassadors of Bulgaria, Cuba, Moldavia, Iraq, United Arabian Emirates, Romania, Sudan, and other representatives of foreign missions to Ukraine.

The holiday started with the complimentary speech of Extraordinary and Plenipotentiary Ambassador of Palestine to Ukraine Mohammed Al-Assad: “Let me express gratitude for the fact that you have accepted our invitation to attend this National Palestinian special day. Two years ago state Palestine achieved observer status in United Nations, and thirty-seven years ago International day of solidarity with Palestinian nation has been established!”