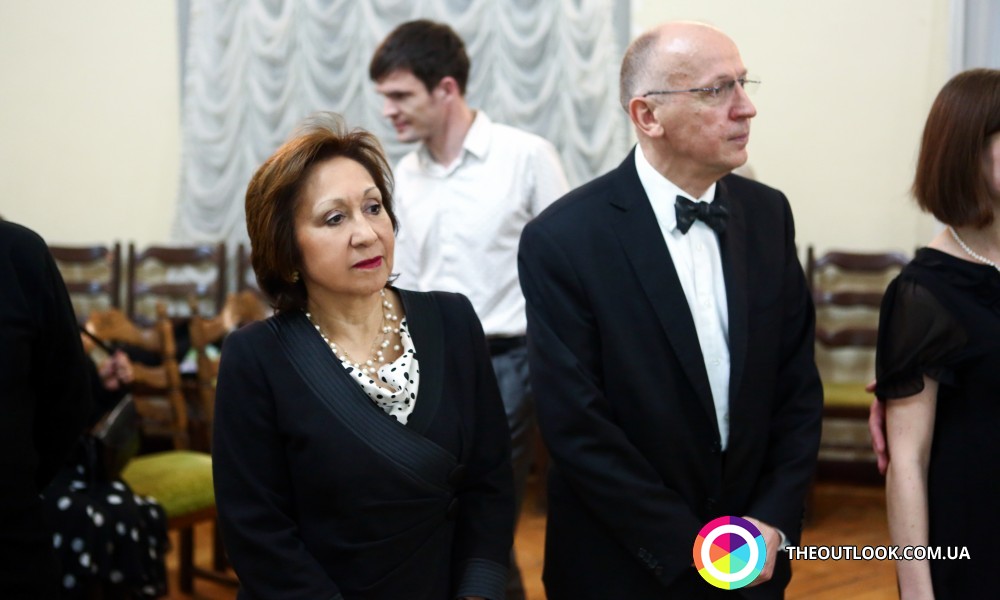 The youth hall of Kyiv House of Teacher Training hosted the evening of Ukrainian tango. The participants experienced the atmosphere of Ukrainian retro music and listen to dance hits and lyrical songs, as well as mastered some tango moves.

The event was timed to coincide with the 100th anniversary of Bohdan Vesolovsky, Ukrainian accordionist and songwriter, known in the history of Ukrainian music as an excellent composer of light genre. The artistic heritage of the musician has more than 130 works, many of which were written in the genre of tango, foxtrot and light waltz. Several works by Bohdan Vesolovsky were performed by People's Artist of Ukraine Vasyl Bokoch who celebrates his 70th anniversary this year.

The evening dedicated to Ukrainian tango was organized jointly by Ihor Ostash Charity Foundation, who is and author of the Bondiana Project, Ambassador Extraordinary and Plenipotentiary of Ukraine to Canada (2006 - 2011).

You are welcome to see photos from the event in our gallery: