Youtube
Статьи  >  Visit  >  Las Vegas. There is something more than just a casino

Las Vegas. There is something more than just a casino 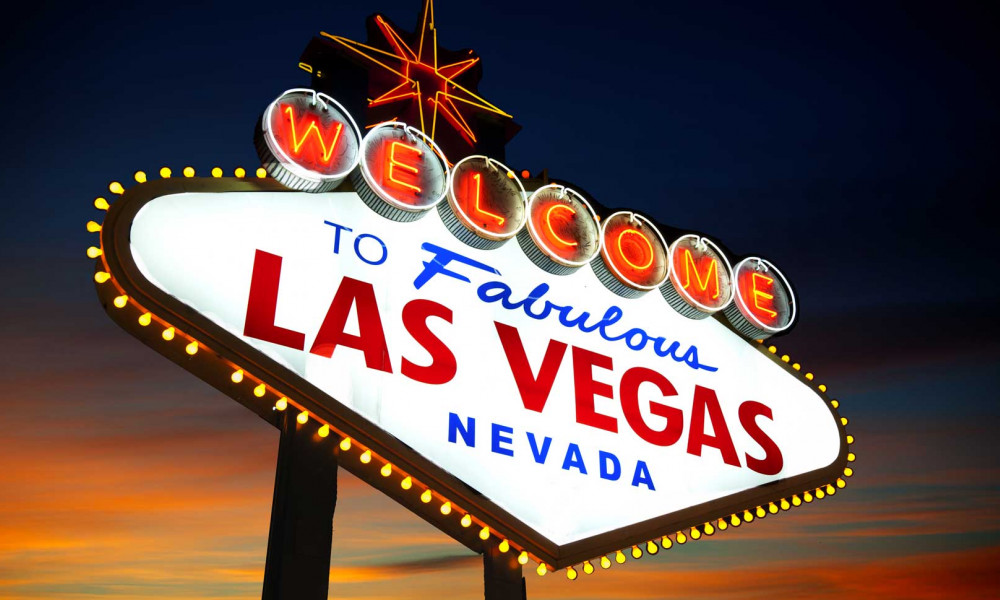 And you, by chance, are not going to Las Vegas to take a gamble on your hard-earned money? Or you are lured to those lands searching for atmosphere of nuclear tests or meeting with UFO? Don’t you believe me? Then read the most non-commonplace facts about this crazy city in Nevada specifically from The Outlook.

60 thousand - so many people move to Las Vegas each year. And that's just the official figure. Illegals attracted by a brilliant oasis in the desert are countless.

Wedding industry is the second main branch of the state. Daily 35 special chapels held about 300-320 marriage ceremonies. The phrase "I declare you husband and wife", on average, is pronounced 13 times per hour. Registration of relationships runs around the clock, and the procedure costs USD 60-70. By the way, divorce is more expensive - USD 450-500.

One of the most popular delicacies of the city is shrimp cocktail. About 60 thousand pounds of arthropods are consumed in Nevada every year. That's more than all other states combined.

Being very expensive and luxurious, "the capital of jackpots" is a very affordable place to live in. Monthly rent for a comfortable accommodation in a convenient location is USD 500-600. Slot machines, which, by the way, are the same number as inhabitants, each year bring to the state no less than USD 10 billion.

An interesting museum of nuclear tests is located in Nevada. On local nuclear test site from 1945 to 1992 they held about a thousand explosions. Today it is not so noisy, but still no less informative. Tourists are offered unique chronicles, photos, documents, and all-knowing experts who are aware of everything about nuclear power.

In the 60’s the Nevada conrol board over gaming business issued the "black book". It includes people with a dubious reputation who were not allowed to work in casinos, and even to enter them. Those establishments that either deliberately or because of human error, yet let unwelcome guests in, were denied licenses. In addition to the nuclear test site in Nevada, there is another interesting place, though it is still classified and will hardly ever open its doors to curious tourists. It is called Area 51. What exactly military guys and scientists are doing there is hidden behind a high fence. In 2013, the CIA leaked some insider info to the media that not far from Las Vegas supersonic aircraft were tested. However, rumours around the mysterious Area 51 did not hush down. The most exciting of them are full of stories about the base where humanity would stay in contact with extra-terrestrial civilizations. Well, why would not to communicate there as the best casinos, clubs, restaurants are all close by!

In American films more than once it can be seen as under the supervision of the police, residents and guests of Las Vegas pick up prostitutes. In fact, it is not true. In Nevada the oldest profession is legalized, but in the main city of the state it is prohibited. And though there are a dime a dozen of ladies of the night there, authorized brothels are located 30-40 miles away. Despite desert surrounding the city, Vegas is full of fountains and artificial lakes. Water from which they are created is "grey" wastewater from showers, baths and sinks. "Black" wastewater from toilets is not used for such attractions as claimed by the local authorities.

The local Hotel Hilton is known for the fact that it allegedly is a home to the ghost of Elvis Presley who once performed there.

In Chinese culture, the number 4 is considered unlucky. For big players from China continued to visit the city, such hotels as the Wynn Las Vegas and Rio do not have floors with numbers unfortunate for Asians.

The most famous is Strip street, if you look, it is located outside the city and on the lands of Clark County. It turns out that tourists who visited Strip only, have not been to Las Vegas. According to statistics, about 87% of tourists who visit the capital of Nevada, at least somewhere, somehow, but still gamble.