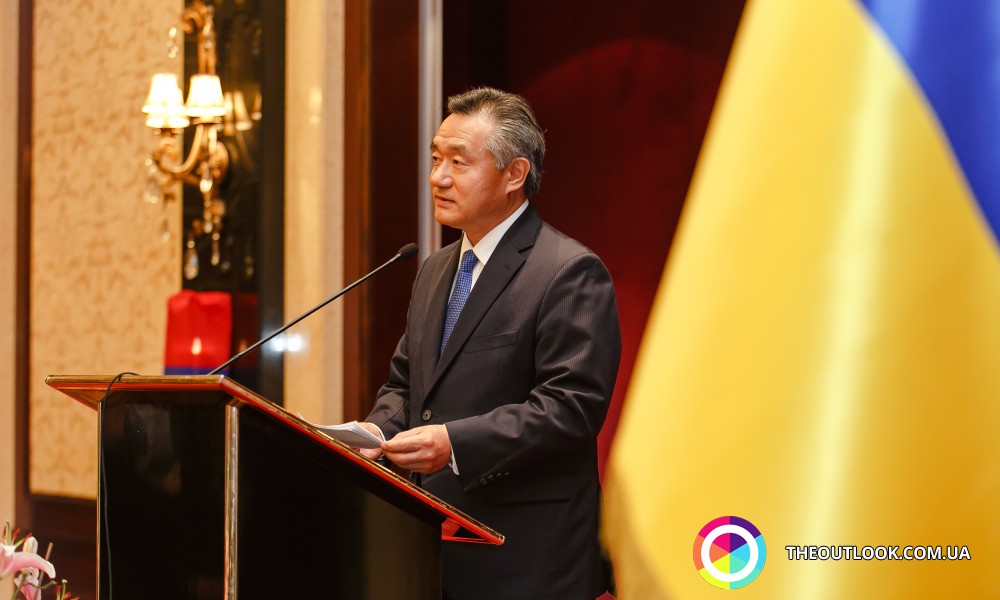 Ambassador Extraordinary and Plenipotentiary of Republic of Korea in Ukraine Mr. Sul Kyung-Hoon held diplomatic reception in honor of the National Foundation Day that is annually celebrated on October, 3 and constitutes one of the most important holidays of South Korea.

The holiday was established in memory of foundation of the first Korean Kingdom Gojoseon (ancient Joseon) on the banks of Taedong and Liao rivers by Danggun Wangeom. Date of foundation of the ancient Joseon is questioned by many modern scientists but it is known for sure that it existed till 108 B.C. In 1909 this day acquired the status of a national holiday. Originally it was celebrated on the third day of the tenth month by lunar calendar but in 1949 decision was made to celebrate it on October, 3 by the Gregorian calendar.

To see how the evening went – please, visit our gallery: