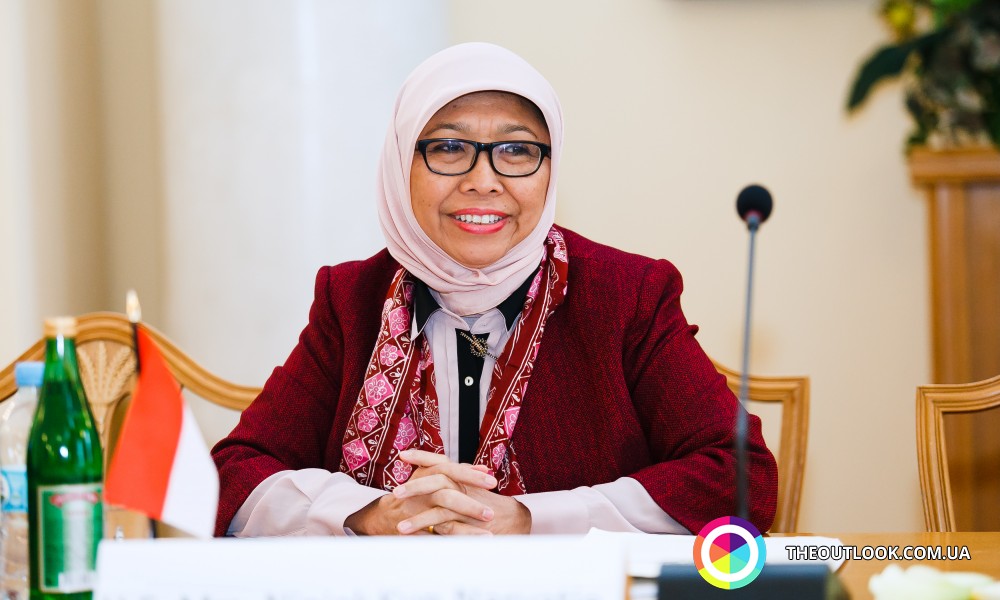 Ambassadors Extraordinary and Plenipotentiary of Indonesia, Ms. Ninik Kun Nar'yati, and Malaysia, Mr. Chua Tiong Ban, took part in a lecture on ASEAN 2015 mission that took place within the framework of the Week of Indonesian Culture at Kyiv State Taras Shevchenko University.

Over five days citizens and guests of Kyiv who are concerned about Indonesian culture, could visit film shows, national cuisine festivals, workshops of playing angklung; and in conclusion of the week ASEAN lection was held in which representatives of state authorities, diplomatic corps and board of directors and professors of Kyiv State Taras Shevchenko University participated.

To see how the conference went, please, visit our gallery: