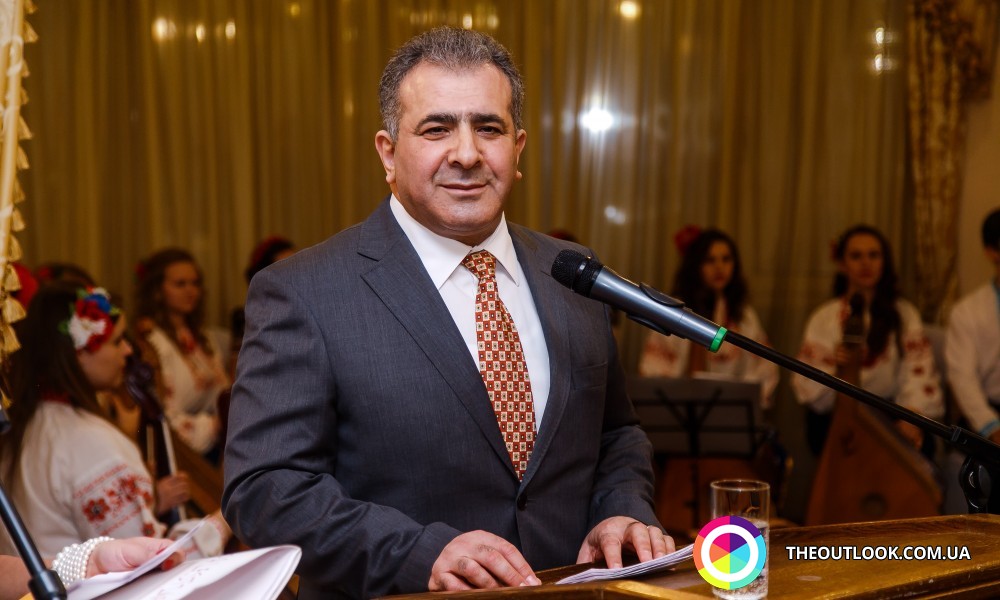 Solemn reception, orchestrated by the Embassy of Palestine in Ukraine took place in Kyiv; it was dedicated to one of the most important national holidays – International Day of Solidarity with Palestinian People.

The event was attended by representatives and Ambassadors Extraordinary and Plenipotentiary of Argentina, Bulgaria, Georgia, Turkey, Cuba, Romania, Lebanon, Morocco, Iraq, Sudan, Saudi Arabia and many others.

The evening began with salutary word from Ambassador Extraordinary and Plenipotentiary of Palestine in Ukraine Dr. Mohammed Al-Asaad, who congratulated his fellow countrymen with the national day and thanked guests of the event for accepting the invitation to share this meaningful holiday with the Palestinians.

The day, in honor of which the reception was held, had been celebrated the day before, on November 29. The event was established in 1978 in compliance with the UN General Assembly resolution. This date wasn't picked by chance - it is of great importance to Palestinian people. It was on this day in 1947 that the General Assembly adopted Resolution 181 (II) that got to be known as the United Nations Partition Plan for Palestine.

In response to the appeal of the UN, annually within the framework of International Day of Solidarity with Palestinian People governments and civil society hold various events that include: issuing of special messages with expression of solidarity with Palestinian people, orchestration of meetings, spreading of publications and other information materials as well as showing film.

At the UN Headquarters in New York Committee on the Exercise of the Inalienable Rights of the Palestinian People annually holds special meeting on the occasion of International Day of Solidarity. Among speakers – Secretary General, President of the United Nations General Assembly, President of the united Nations Security Council as well as representatives of respective UN bodies, intergovernmental organizations and Palestine. Civil society organization accredited with the Committee are also invited to participate in its work, their representative delivers his address. United Nations division for Palestinian Rights of the United Nations Secretariat also annually publishes special bulletin with texts of statements and messages made and received on the occasion of International Day of Solidarity.

To see how the solemn diplomatic reception in honor of the holiday went – please, visit our gallery: