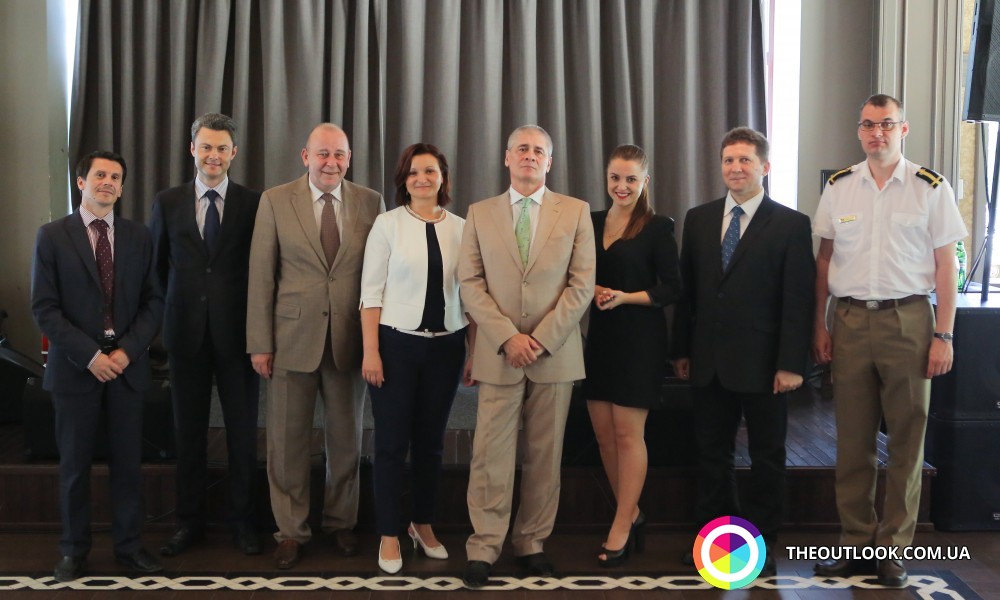 The Ambassador Extraordinary and Plenipotentiary of Romania Cornel Ionescu arranged ceremonies in honor of the accomplishment of his diplomatic mission in Ukraine.

The heads of diplomatic missions of Canada, Palestine, Slovenia, Croatia, Azerbaijan, Iraq, Macedonia, Serbia, Moldova, Georgia, Israel, employees of embassy and partners came to express their respect in this day.

Giving a greeting speech, the Ambassador said words of gratitude to everybody for longstanding prolific collaborative work and also expressed his hope for continual partnership between our two countries.

Look at our gallery how the reception has been arranged.