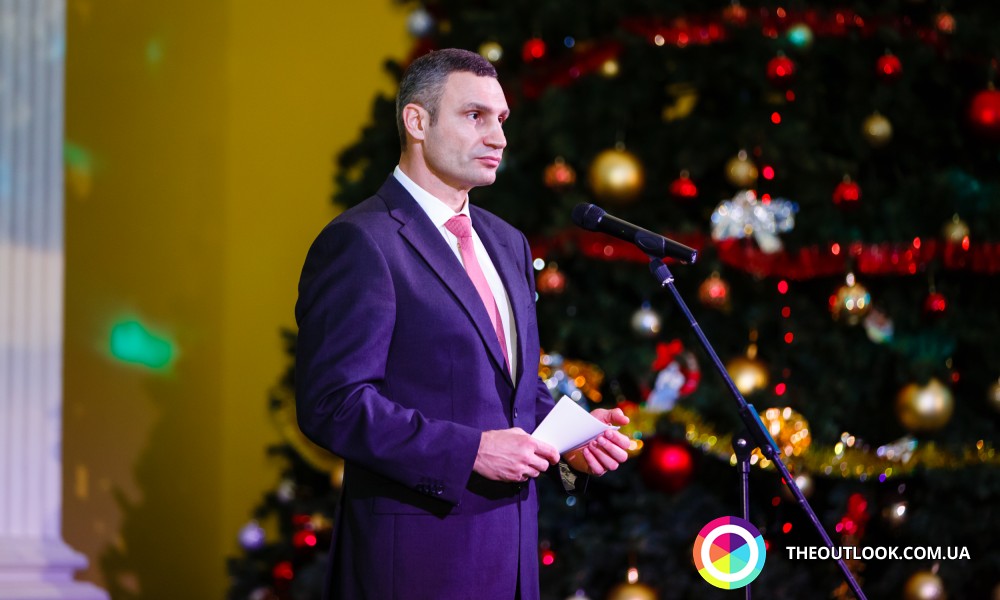 Kyiv city mayor Vitaliy Klichko arranged in the city hall official diplomatic reception for the ambassadors of the foreign states accredited in Ukraine, on the occasion of the upcoming holidays, such as New Year and Christmas.

Having started the evening, the mayor of Kyiv greeted the representatives of diplomatic service, congratulated everybody with the upcoming holidays, wished powers and patience, confidence and success in those efforts which they put in their work. As well, he congratulated all the diplomats represented for the work they have been doing for Ukraine and our capital.

‘This year Kyiv has changed a lot. The city has become better, more comfortable and modern. The new roads have appeared, new kindergartens and schools have been opened, moreover, the composition of communal public transport has been renewed. Kyiv has become green, with new squares and parks. In the capital more investors are coming. We are doing our best to develop our city, make it the true European capital. I am grateful to you for the collaboration, help, belief in Kyiv and its prospects’, Vitaliy Klichko remarked.

In his speech Klichko also noted that, unfortunately, the expiring year brought a lot of tragic cases in the world.

‘I would like to express my condolences to Ambassador of Germany in relation to the tragedy happened yesterday in Berlin that took lives of twelve people. The bloody provocation occurred yesterday in Ankara, - Vitaliy Klichko stated. – Today there is a great deal of challenged in front of the world. Their negotiation depends on diplomacy, if it is going to be professional and successful so as to solve the problems in the peaceful way’, the mayor of Kyiv made an emphasis.

Vitaliy Klichko told that, according to Ukrainian tradition, it is believed to wish three main things, such as health, love, and prosperity in the house. ‘That is why I sincerely wish you unfluctuating health and fair love, peace and welfare in your houses and your countries. Let the desires which we wish in New Year and Christmas come true while the most ambitious planes are to embody’, the mayor of Kyiv has stressed.

On behalf of diplomatic service at the reception of the mayor of Kyiv the ambassador of Bulgaria to Ukraine Krasimir Minchev gave a speech.

‘I would like to notice that last year we put a lot of efforts for the achievement of success in the fulfillment of the necessary reformations in Ukraine in all the scopes of social and political life. As the representative of the state-member of European Union I would like to notice with pleasure the movement of Ukraine towards the chosen way to European integration. I am convinced that on the behalf of present diplomats I am able to express the readiness of the countries which we represent, and in the future help to our Ukrainian partners for the upcoming development and deepening of the collaboration and friendship between our nations. In the new 2017 we would like to continue working together over the support of European integration of Ukraine and development of democracy. I would like to wish to the citizens of Kyiv and all the Ukrainian nation health and benevolence in the upcoming 2017’, the ambassador of Bulgaria told.

At the reception of Kyiv city head singer Jamala and Kyiv children chorus ‘Shedrik’ have performed.