In the capital of Ukraine the official Iftar happened 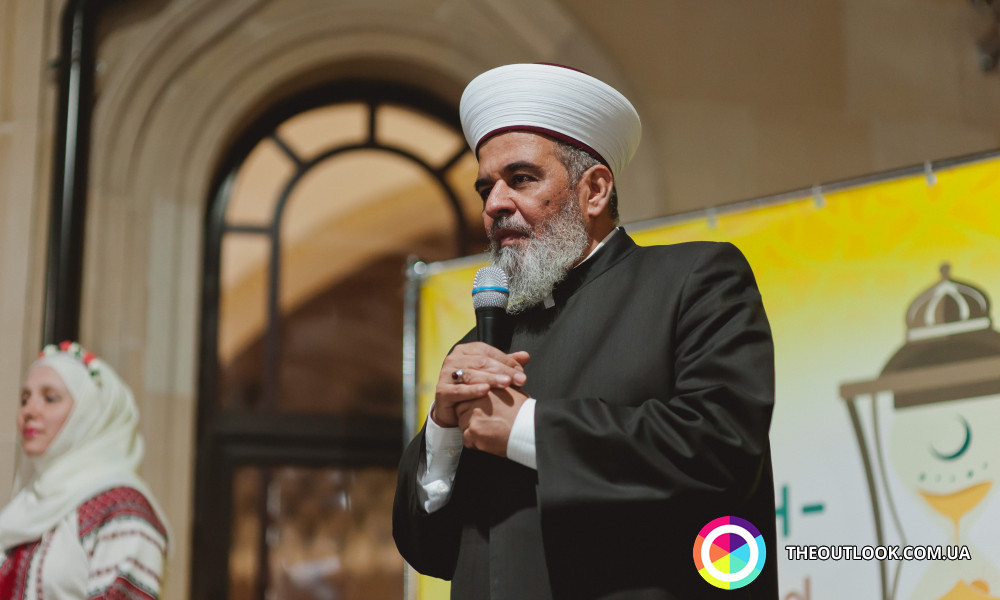 On the occasion of the beginning of the sacred month Ramadan in Kyiv mosque Ar-Rahma it was an official iftar. In compliance with the tradition, the event was organized by the Spiritual Directorate of the Muslims of Ukraine (SDMU).

At the reception on the occasion of the start of Ramadan the guests have been waited for the holiday program as well as the dinner with the variety of Eastern traditional dishes. The official part started after the evening namaz Al-Magrib and reading of Sacred Koran.

The event has been visited by the Ambassadors Extraordinary and Plenipotentiary to Ukraine of such countries as Tajikistan, Kazakhstan, USA, Palestine, Malaysia, Syria, Iraq, Romania, as well as representatives of different expat communities, social organizations, various confessions, etc.

Mufti of Ukraine sheikh Ahmed Tamim started an event with the greeting speech:

‘Every day the Muslims of Ukraine not only in Kiev but also in other cities and villages during all the month share the joy with the surrounding people making iftars. We are inviting not only Muslims but also everybody who wants to support and develop relations with us. It helps to make better mutual understanding and support solidarity in society. It is used for union, togetherness, opposition to the evil, especially when religion is used for the achievement of any personal living interests. We, Muslims, represent the part of multi-national communities of the country, we are representatives of small nations; however, we are the citizens of new Ukraine which is able to be an example for the surrounding people. All of us have one purpose so as to reduce the abuse of dignity of human, to make justice triumph and keep patriotism in the soul of every citizen of Ukraine despite the fact where he was born as everybody made its contribution in the development of this society. We need each other and cannot be joyful separately’.

The representative of all-Ukrainian union of churches and religious organizations, the secretary of sacred senate of Orthodox church of Kiev patriarchate bishop Eustrariy congratulated everybody who visited and greeted with the speech:

‘Respectful guests, on behalf of the Union of churches and religious organizations I congratulate all the Muslims with the sacred month Ramadan. It is very pleasant that we have such a tradition to share this joy every year what tells about many-year collaboration of religious communities of Ukraine. Last year the Union of churches and religious organizations celebrated twenty anniversary of its existence and collaboration the inevitable part of which is Spiritual Directorate of the Muslims of Ukraine headed by the sheikh Ahmed Tamim. Today it is very significant and insightful from the spiritual point of view day. We have started it at the praying breakfast in Ukrainian house, while it continued at the meeting of the Union of churches and religious organizations where the questions of our common interests have been put forward. We are finishing this day in a good company at the official dinner iftar. It tells that Ukraine is the land of international confessional peace, mutual understand, and collaboration’.

The event went on with the musical greeting performances from childhood creative collective, official dinner and communication in a relaxed atmosphere. The arrangement of iftars in Kyiv cathedral mosque Ar-Rahma is practiced for many years, and this good tradition is intended to show the culture of Islam, hospitality and friendship of Muslims.