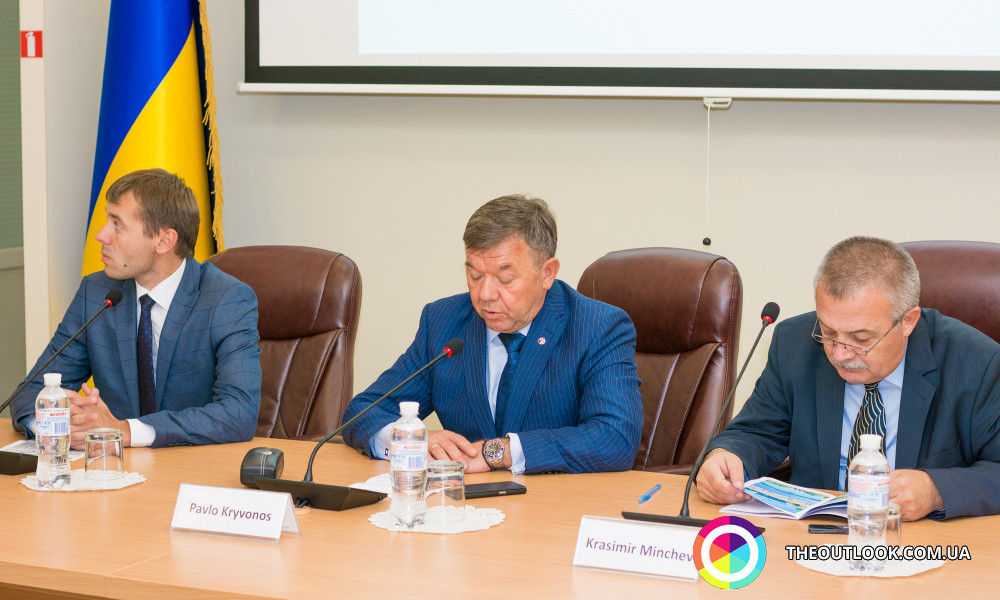 The press conference that announced International investment forum ‘InCo-2017’ happened on the 26-th of September in media center Directorate-General for Rendering Services to Diplomatic Missions. In the event the visitors listened to the speeched of CEO of Directorate-General for Rendering Services to Diplomatic Missions Pavlo Krivonos, the head of Management of international affairs and external activity of Ukraine from Zaporizhzhya Administration Artur Boyko, the Ambassador Extraordinary and Plenipotentiary of Republic Bulgaria to Ukraine Krasimir Minchev, Vice President of Zaporizhzhya commercial chamber Dmitro Antonyuk and the head of the project OUTLOOK Darya Karyakina.

This year the forum will be visited by the President of Ukraine Petro Poroshenko. Directorate-General for Rendering Services to Diplomatic Missions will help to organize participation of the diplomatic services representatives in the course of trip to Zaporizhzhya that is going to happen from the 12-th till 13-th of October, 2017. Two-day trip also includes the meetings with the head of regional and city administration, dinner with the President of Ukraine at Khortitsya Island, and getting familiar with the enterprises of the region, particularly, Dniprovska hydroelectric power station and Motor Sich.

Apart from that, the participants of press conference announced two more events that are to happen in October with the participation of diplomatic services representatives. On the 7-th of October, the OUTLOOK Project being supported by Directorate-General for Rendering Services to Diplomatic Missions leads the annual festival of international cultures. Next, from the 27-th till 28-th of October under the auspices of mayors of Viden and Kyiv as well as National Commision of Ukraine for UNESCO it will be the Charitable Vienna Ball. Both events are going to happen in the space of Kyiv City State Administration.

On behalf of diplomatic service accredited in