Youtube
Статьи  >  Know  >  In the next project Diplomatic Greetings, organized by OUTLOOK and GDIP involved Ambassadors of Georgia and Uzbekistan

In the next project Diplomatic Greetings, organized by OUTLOOK and GDIP involved Ambassadors of Georgia and Uzbekistan 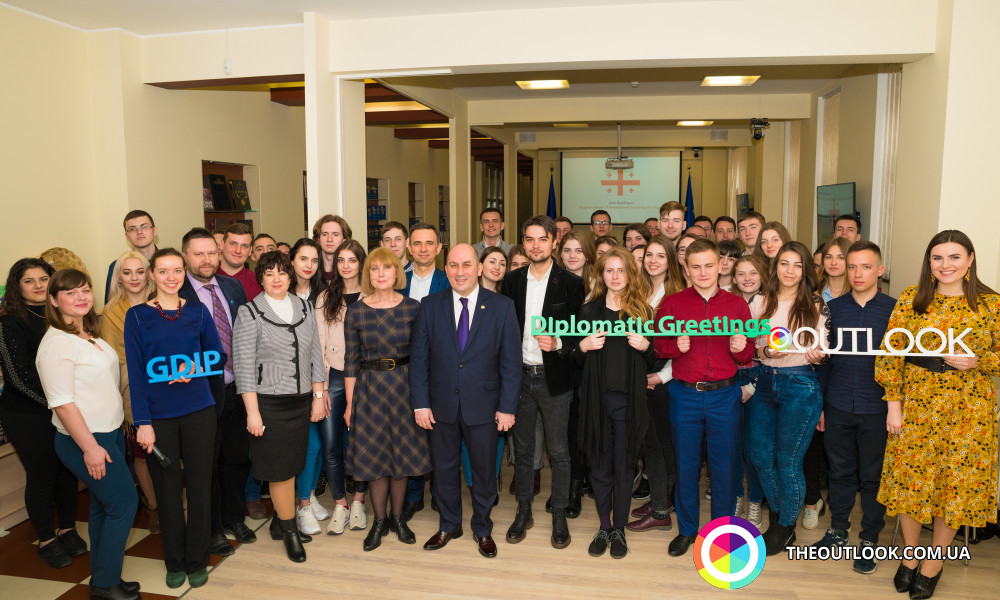 A meeting of the diplomatic personnel with students of the Petro Mohyla Black Sea National University took place in Kyiv on the 5-th of April. The event took place within the framework of the joint project OUTLOOK and the GDIP - Diplomatic Greetings.

Credible lectures for guests were given by Ambassador Extraordinary and Plenipotentiary of Georgia to Ukraine Gela Dumbadze and General Director of GP "GDIP" Pavlo Krivonos.


In addition, Daria Karyakina, the CEO of the OUTLOOK project, told students about the basics of organization of events in the area of cultural diplomacy, and the head of the advertising and publishing department GDIP Inna Khomenskaya presented cultural diplomacy as an instrument of work within the GDIP.


After the lecture, all students had a unique opportunity to visit the Embassy of Uzbekistan in

After an exciting excursion, each guest talked with the Extraordinary and Plenipotentiary Ambassador of